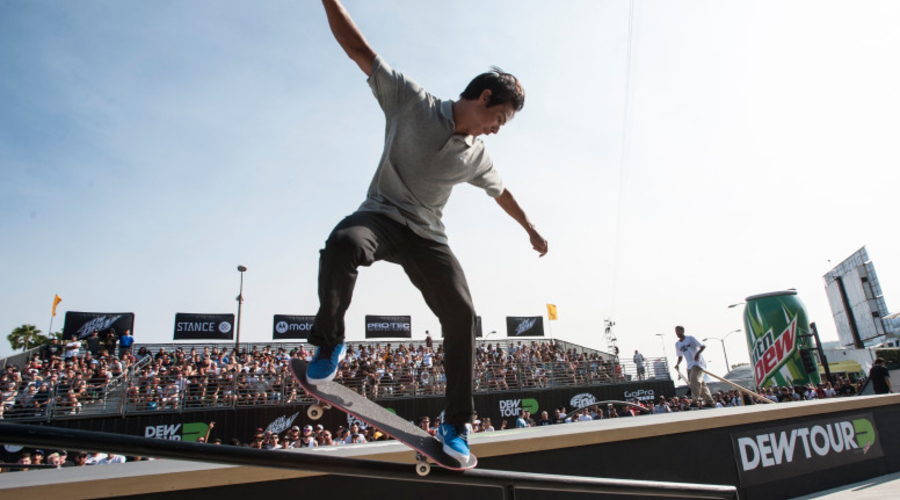 The annual Summer Dew Tour, presented by Mountain Dew and produced by TEN: The Enthusiast Network, announced that it has synchronized dates in Summer 2018 with Agenda, the action sports fashion trade show, to create “the ultimate action sports weekend” in Long Beach, Calif., from June 28-July 1.

Dew Tour’s ground-breaking summer skate competition and festival is a free four-day weekend celebration of skateboarding featuring a multi-part course, with team and individual competitions, an interactive sponsor village and festival with an outdoor music concert area, local food and drink vendors and public skate park. The event will be televised nationally on NBC and live-streamed on Facebook Live, Periscope and other platforms.

Agenda ties lifestyle brands and retailers at its biannual trade show featuring more than 500 of the market’s top brands. A one-day consumer festival is included as part of Agenda, with live music, speaker sessions, pop up shops and celebrity appearances. This year’s event will be held inside at the Long Beach Convention center. The trade show will take place June 28 and 29, and the Agenda Festival for consumers will be held June 30. Based on past Dew Tour and Agenda events, anticipated attendance numbers should surpass 50,000 for the two events combined.

“Having Dew Tour and Agenda take place at the same time at the same location will bring the skate and lifestyle industries together like never before,” said Adam Cozens, Dew Tour Vice President and General Manager. “More details will be released in the coming months, but we will be combining the best of competition, culture and creators in our industry, making it an incredibly dynamic weekend for athletes, partners and fans.”

“We’ve been in talks to strategically align our events for some time, especially following the success of the Agenda Festival last summer,” said Aaron Levant, Agenda Founder. “We aim to build a more dynamic and immersive experience for our consumers and we will do that right in the hub of the Southern California lifestyle scene. This is a pivotal move for the fans, brands, retailers and industry.”

Details on Dew Tour and Agenda are forthcoming. For more about each event, visit DewTour.com and AgendaFest.co.