The American Fly Fishing Trade Association (AFFTA) board of directors unanimously voted Tuesday Dec. 15, 2009 to endorse the formation of a new independent fly fishing trade show. The International Fly Tackle Dealer (IFTD) show will debut at the Colorado Convention Center in Denver, CO during the third quarter of 2010.

AFFTA Chairman Alan Gnann stated, “Throughout our careful and deliberate evaluation it became abundantly clear that a general fishing tackle show (ICAST) or a general outdoor show (Outdoor Retailer) would not serve the best interests of the of the fly fishing trade. It was also very apparent that the new found interest in fly fishing by these organizations was not aligned with AFFTA's mission, making the decision very clear.” Gnann continues, “The entire AFFTA board is incredibly energized and motivated to make this the best show the industry has ever seen. The support of key exhibitors and retailers for AFFTA to sponsor an independent fly fishing industry trade show has been nothing short of overwhelming. We look forward to hosting the most dynamic and exciting trade show in years; and importantly – the only show focused exclusively on the sport of fly fishing.”

AFFTA also announced the hiring of fly fishing industry veteran Randi Swisher to the new role of Vice President and Director of Marketing. Randi is a lifelong angler and brings to AFFTA over twenty years of fly fishing industry experience in sales, marketing and trade show production; most recently serving as Corporate Account Manager for the International Sportsmen's Exposition (ISE) where his responsibilities included exhibit sales, show management, and retailer / manufacturer partnerships for ISE's 5 regional consumer outdoor shows. Prior to this, Randi worked in marketing and sales roles for Lamiglas and Sage for 15 years, and for 5 years he owned a manufacturer's rep company serving the Rocky Mountain region while representing 8 premier fly fishing brands. Randi will focus his efforts on the marketing, sales, and production of AFFTA's new trade show. Randi graduated from the University of MT majoring in Business Administration. Randi, resides in the greater Denver area with his wife and daughter. 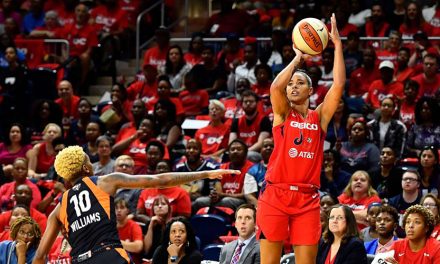 The Buckle Keeps Strong on Q2 Boost from Comps, Online