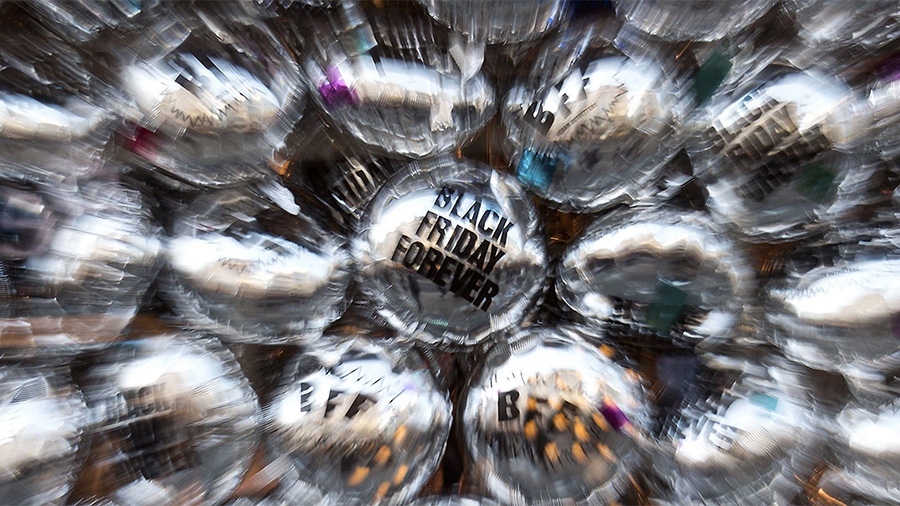 Total online spending on Black Friday was $8.9 billion, down from sales of $9 billion in 2020, according to Adobe Analytics. Results came in at the low end of Adobe’s predicted range. Thanksgiving Day coming in flat year-over-year at $5.1 billion.

In a statement released Saturday, Adobe said this marks the first time where both days did not see an increase in online spending year-over-year, another sign that consumers started to shift their spending to earlier in the season, responding to promotions and deals from retailers that started in October.

“Yesterday, Americans spent $8.9 billion online. For the first time ever, Black Friday saw a reversal of the growth trend of past years. Shoppers are being strategic in their gift shopping, buying much earlier in the season and being flexible about when they shop to make sure they get the best deals,” said Vivek Pandya, lead analyst, Adobe Digital Insights.

Cyber Week, including Thanksgiving Day, Black Friday and Cyber Monday, is still by far the strongest online sales days of the season, according to Adobe. Cyber Monday is expected to be the biggest online shopping day of 2021, with between $10.2 billion and $11.3 billion in online spending.

Adobe said that on Small Business Saturday, consumers are expected to spend between $4.5 billion and $5.1 billion. So far this holiday season (November 1 to December 26), consumers have spent $89.9 billion and are on track to hit $207 billion, affirming Adobe’s forecast.