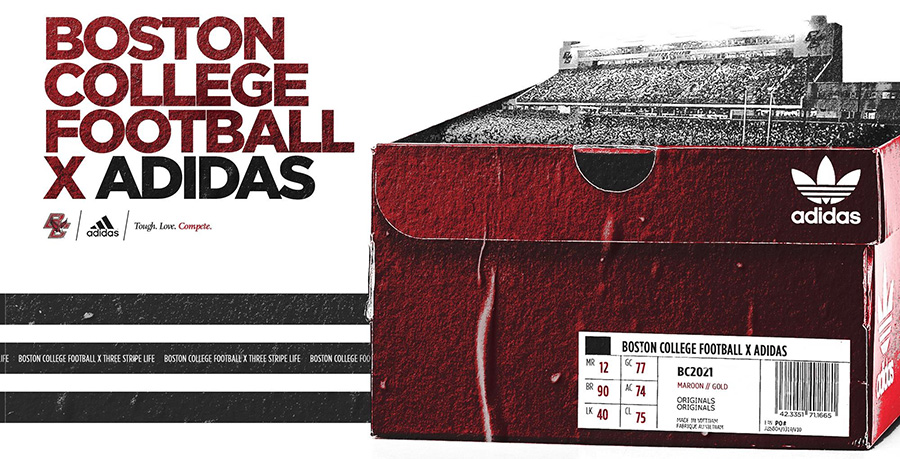 Adidas entered a three-year partnership to become the official athletic footwear, apparel and accessory brand of Boston College’s football program through the 2023 season. The deal comes after Boston College on April 13 announced a deal with New Balance to outfit its non-football teams.

Boston College had been sponsored by Under Armour across sports.

Boston College Football begins its partnership with Adidas on June 1, 2021.

“This is an exciting partnership with Adidas and one that will truly benefit our student-athletes,” said William V. Campbell Director of Athletics Pat Kraft. “In choosing Adidas, we were able to join forces with a global brand that is one of the leaders in football footwear, apparel and accessories. Our student-athletes will be outfitted with more footwear and apparel than ever before with this new partnership.”

“Everyone in our football program is thrilled to be part of the Adidas family,” said Boston College head football coach Jeff Hafley. “From the moment we told our players, to sharing the news with our recruits, it was met with a ton of excitement and anticipation of joining the brand with the three stripes.”

Officially licensed Boston College Football apparel will be available online this summer on BCEagles.com and Adidas.com.

“We are excited to show off our modern, classic look with Adidas’ new uniforms later in the summer,” added Kraft.