The Eastern Michigan University Department of Athletic and Adidas announced a new contract on June 18 that extends their partnership through the 2021-22 athletic season.

The seven-year contract between EMU and Adidas runs through June 30, 2022, and replaces the current five-year deal that expires at the end of June. The new contract continues a relationship that began in 2005 and grants Adidas the rights to serve as the official apparel and footwear provider for each of Eastern Michigan's 21 varsity sports.

“We are thrilled to extend our relationship with Adidas,” said EMU VP and Director of Athletics Heather Lyke. “We have high expectations for our coaches, student-athletes and staff and know that Adidas allows us to achieve great results by supplying us the best equipment and apparel available. We appreciate the quality of their products and service but most importantly, their professionalism and genuine relationships with the people involved in the company. We look forward to partnering with them for the foreseeable future.”

The long-standing relationship between EMU and Adidas was a key factor in the decision to continue the partnership.

“We're excited about the direction of athletics at Eastern Michigan University,” said Jim Murphy, director of NCAA sports marketing for Adidas America. “Over the next seven years, we'll outfit the Eagles in our newest and most innovative footwear, apparel and uniforms. Our mission is to help athletes perform better and we're looking forward to bringing this winning attitude to all men's and women's athletics at Eastern Michigan University.” 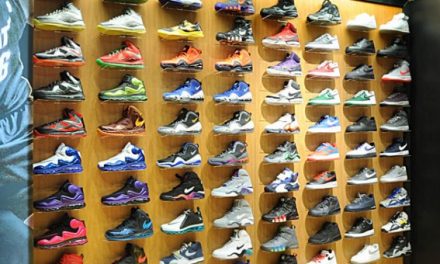 Sears To Close Another 40 Stores