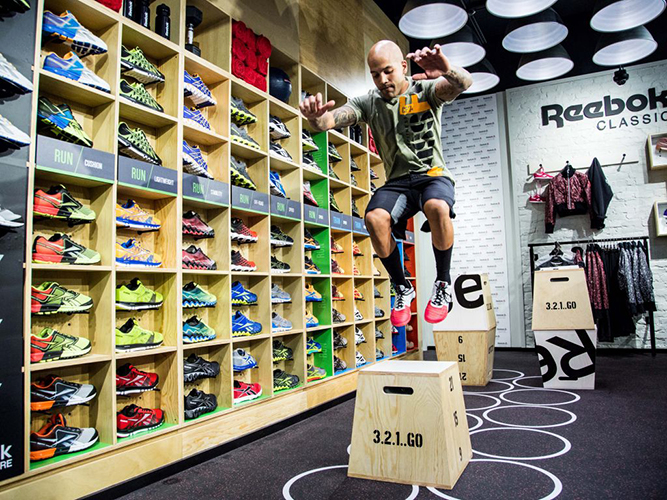 Adidas reported sales and profitability recovered in the third quarter as stores reopened, alongside booming e-commerce sales, with a modest profit expected in the final quarter.

“We saw a strong recovery in our business in Q3. Our focus on healthy inventories, profitable sell-through and disciplined sell-in clearly paid off. Inventories declined by more than half a billion euros, and our full-price share in e-com increased at a double-digit rate. At the same time, we kept costs under control and delivered a profit improvement of more than €1.1 billion compared to Q2,” said Adidas CEO Kasper Rorsted. “Our teams around the globe drove this improvement with dedication and passion. As the coronavirus pandemic is unfortunately far from being over, it remains our top priority to keep everyone healthy and safe.“

Strong Sequential Revenue Improvement In Third Quarter
Adidas recorded a strong sequential revenue improvement in the third quarter as more than 90 percent of the company’s owned retail stores were operational, most of which had been closed for several weeks during the second quarter.

Traffic in stores continued to improve yet remained significantly below prior-year levels. At the same time, conversion rates stayed elevated as consumers that visited stores had a clearer buying intent. Despite the consistently high store opening rate, exceptional growth in the company’s e-commerce channel continued at a currency-neutral rate of 51 percent. This growth was accompanied by a strong increase in full-price sales.

The company’s overall DTC business grew 13 percent in currency-neutral terms and accounted for 35 percent of total sales in the quarter. Its wholesale business also improved sharply, yet remained below the prior-year level. This also reflects Adidas’ stance on shipments in light of the uncertainties related to the coronavirus pandemic.

Europe and Russia/CIS Return To Growth
During the third quarter, all market segments showed a sequential recovery compared to the second quarter. Currency-neutral sales in Russia/CIS (+11 percent) as well as Europe (+4 percent) returned to growth. In North America, the company recorded a slight decline of -1 percent for the full quarter despite positive sales growth over the first two months of the quarter as consumer spending was temporarily supported by fiscal stimulus. Asia-Pacific sales declined by 7 percent, with Greater China recording a 5 percent decrease after initial pent-up demand faded. While the company’s DTC sales in Greater China grew at a rate of more than 30 percent, franchise revenues were below the prior-year level also due to Adidas’ disciplined approach to sell-in. The overall environment remained challenging in Latin America (-13 percent) and Emerging Markets (-10 percent), where the coronavirus continued to disrupt operations, and several stores remained closed.

Gross Margin Level Of 50.0 Percent Despite Temporary Headwinds
The company’s gross margin decreased by 2.1 percentage points to 50.0 percent (2019: 52.1 percent) in the third quarter. A more favorable channel mix driven by the over proportionate growth of the DTC  business as well as a more favorable market mix supported gross margin. As anticipated, these tailwinds were more than offset by negative currency developments during the quarter and continued promotional activity. The impact of the latter was significantly less pronounced than in the second quarter due to the company’s focus on profitable sell-through and disciplined sell-in.

Return To Double-Digit Operating Margin Resulting In Operating Profit Of €794 Million
As a result of the company’s strict cost control measures, other operating expenses decreased 11 percent to €2.223 billion (2019: €2.486 billion) and, as a percentage of sales, were down 1.5 percentage points to 37.3 percent (2019: 38.8 percent). Marketing and POS expenses declined 23 percent to €579 million (2019: €753 million) as Adidas continued its disciplined approach regarding physical marketing activities, while at the same time keeping up digital marketing investments to support its e-commerce business. As a percentage of sales, marketing and POS expenses were down 2.0 percentage points to 9.7 percent (2019: 11.7 percent). Operating overhead expenses decreased 5 percent to €1.644 billion (2019: €1.733 billion). The company recorded lower expenses for travel, IT projects and personnel, which offset increased logistics costs resulting from the continued exceptional growth in e-commerce. As a percentage of sales, operating overhead expenses increased 0.5 percentage points to 27.6 percent (2019: 27.0 percent). Compared to the second quarter, the company’s operating profit improved by more than €1.1 billion to a level of €794 million (2019: €897 million). This represents a double-digit operating margin of 13.3 percent (2019: 14.0 percent).

COVID-19 Weighs On Adidas’ Results In The First Nine Months Of 2020
In the first nine months of 2020, revenues decreased 18 percent on a currency-neutral basis and 20 percent in euro terms to €14.297 billion (2019: €17.802 billion). From a brand perspective, currency-neutral revenues for brand Adidas decreased 18 percent, while Reebok revenues declined 20 percent. This development was mainly driven by broad-based store closures due to the global spread of COVID-19 in the first half of the year. Gross margin was down 3.0 percentage points to 50.0 percent (2019: 53.0 percent). A more favorable channel mix due to the exceptional e-commerce growth as well as lower sourcing costs had a positive effect on gross margin. This was countered by a less favorable pricing mix due to increased promotional activity and negative currency fluctuations which weighed on the development in the first nine months of 2020. In addition, an increase in inventory allowances as well as purchase order cancellation costs had a negative impact on the gross margin development. Other operating expenses declined 6 percent to €6.717 billion (2019: €7.149 billion) as a result of the company’s decision to proactively reduce costs in light of the coronavirus pandemic. As a percentage of sales, other operating expenses increased by 6.8 percentage points to 47.0 percent (2019: 40.2 percent). The company recorded an operating profit of €526 million (2019: €2.416 billion), resulting in an operating margin of 3.7 percent (2019: 13.6 percent). The operating profit development was significantly impacted by several coronavirus-related charges in the first half of 2020. These mainly consisted of product takebacks in Greater China, purchase order cancellations, the increase in inventory and bad debt allowances as well as the impairment of retail stores and the Reebok trademark, with a combined negative impact of around €500 million. During the nine-month period, Adidas reported a net income from continuing operations of €291 million (2019: €1.737 billion). Basic as well as diluted EPS were €1.47 (2019: €8.76).

Inventories Decreased 10 Percent Compared To The Level As At June 30
Inventories increased 27 percent to €4.676 billion versus the prior-year level of €3.677 billion (+35 percent currency-neutral). This increase reflects the inevitably lower-than-expected product sell-through caused by the broad-based store closures during the first half of the year as well as traffic remaining below prior-year levels after stores reopened. Compared to the level as at June 30, 2020, inventories decreased 10 percent, or more than €500 million, as the company’s inventory normalization is progressing according to plan. The year-over-year increase in inventories was partly offset by a 20 percent decline in accounts receivable (-14 percent currency-neutral) as Adidas continued to put emphasis on cash collection. Accounts payable decreased by 27 percent (-26 percent currency-neutral). Overall, operating working capital increased 22 percent to €5.573 billion (September 30, 2019: €4.569 billion) and was up 33 percent on a currency-neutral basis. Average operating working capital as a percentage of sales increased 5.1 percentage points to 23.2 percent (September 30, 2019: 18.1 percent).

Cash Position Of Cash €3.2 billion At Quarter-End
Cash and cash equivalents were up 37 percent to €3.224 billion versus the prior-year level of €2.349 billion. The decrease in cash generated from operating activities due to the unfavorable underlying development of sales and operating working capital was more than offset by effective short-term cash measures, the utilization of credit lines and the issuance of bonds. Net debt amounted to €1.092 million at the end of the first nine months (September 30, 2019: net cash of €342 million).

Similar Top-Line Development Expected In Q4 As Experienced In Q3
In Q4, uncertainties around the further development of COVID-19 as well as the global macroeconomic environment remain high. Adidas has continued to successfully execute its product launch plans since the start of the quarter. However, the number of coronavirus cases in several of its major markets has been on the rise recently, leading to new lockdown measures in several countries. As a result, the company’s global store opening rate has fallen to 93 percent most recently, down from 96 percent at the end of September. In addition, stricter social distancing guidelines had an adverse impact on store traffic, particularly in Europe. Overall, the company’s top line is predicted to develop similarly in Q4 as it did in Q3, implying a low- to mid-single-digit currency-neutral revenue decline. This development is against a strong comparison base from the prior year when the launch of UEFA Euro 2020 merchandise and earlier shipments due to different timing of Chinese New Year contributed to Q4 growth. Despite the strong comparison base in Greater China, Adidas expects its business in this market to return to growth in the fourth quarter.

As a result of the company’s focus on profitable sell-through and disciplined sell-in, gross margin is expected to be around the prior-year level in Q4. Consequently, operating profit is anticipated to be between €100 million and €200 million. This outlook assumes no additional major lockdowns, a store opening rate above 90 percent, and no further material slowdown of global store traffic.

“While at the beginning of the quarter we were on track for growth in Q4, a worsening of the pandemic in many regions of the world is again requiring our patience and support. However, this is not taking us by surprise. Thanks to our prudent approach, we are now well-prepared to cope with these short-term uncertainties,” said Rorsted. “At the same time, we are even better positioned to benefit from the long-term industry growth drivers accelerated by the pandemic such as health and wellbeing, athleisure and digitization.”