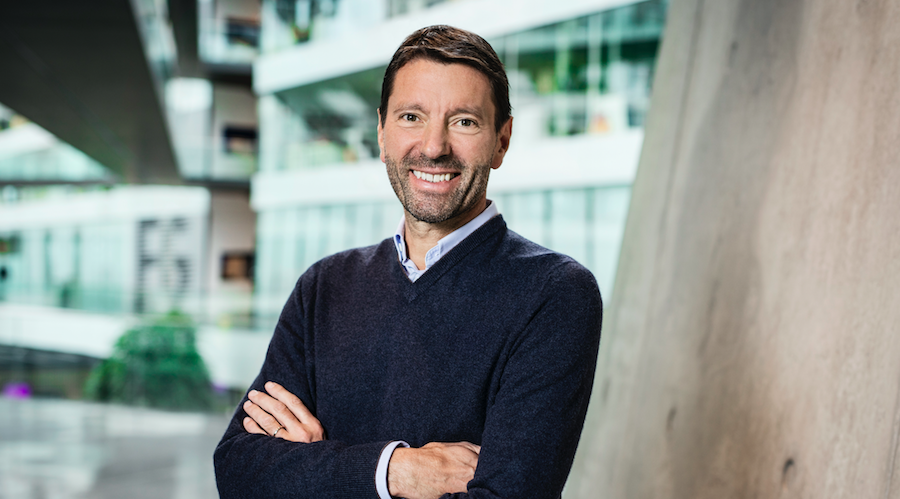 In his second quarterly conference call since taking over as CEO of Adidas AG, Kasper Rorsted strongly bumped up the company’s long-term growth outlook while announcing several new initiatives to support its five-year ‘Creating the New’ business plan.

“Our 2016 results and our positive outlook for 2017 are proof that our strategy is paying off,” said Rorsted. “After the first full year of ‘Creating the New’, we have exceeded our original plan. Now we have developed additional initiatives which will accelerate the execution of ‘Creating the New’ and enable us to significantly increase our targets for 2020.”

At a meeting Wednesday with the press, Rorsted stressed that the company’s “Creating the New” growth strategy, which was presented in March 2015, is clearly helping elevate the brands’ desirability and driving strong improvements in sales and profitability.

As examples, he noted that growth last year was “extremely broad-based” across regions and categories. The Adidas brand delivered 18 percent currency-neutral growth in 2016 with double-digit revenue growth in nearly all market segments in 2016, as well as double-digit sales increases in sport performance as well as at Adidas Originals and Adidas Neo. Said Rorsted, “We are clearly outperforming our competition.”

He singled out not only market share gains but NPS (net promoter score) increases the Adidas brand is achieving across almost all categories and all markets.

Still, he said Adidas still had some “weaknesses” it needs to work on. For instance, while Adidas has seen robust growth in the North American market over the last two years, Rorsted remains “very unhappy” with its overall positioning. The region is the only one in the world where Adidas has a “substantially” lower share than Nike.

On the performance side, basketball continues to be an under-performer for Adidas Brand. Women’s remains an under-penetrated opportunity for Adidas as well as the overall sporting goods industry.

Reebok has trailed both the market and internal expectations, and a massive turnaround program was launched in last year’s third quarter. While Reebok’s results improved in the fourth quarter, Rorsted said it’s unrealistic to think “you can turn something around in three months” and stressed the company has a “four-year turnaround plan ahead of us” to reestablish Reebok’s foundation for growth. Logistically, Rorsted said the company missed some sales opportunities as strong demand for its Boost product line led to sell-outs.

Overall, he noted that the initial focus of “Creating the New” on three strategic pillars – Speed, Cities and Open Source – has made “significant progress” in the past two years and the company was “not changing the foundation of our strategy” just because he’s the new “incoming CEO.”

Indeed, he said a company “can always do things better” and the changes are designed to accelerate areas where the company was finding success and “tweak” strategies that weren’t paying off as much as expected. He said the moves would help the company move from “strategy to execution.”

Corporate Culture will drive its overall growth initiatives. He said all Adidas employees have “the power to change lives through sport” and that continues to inspire them. And while he inherited an “extremely strong team,” he’ll push for more diversity. For instance, while women make up 50 percent of all Adidas employees worldwide, only 17 percent of females are in leadership positions. Rorsted believes improving on that will be particularly important for Adidas to do a better job reaching the active female customer.

He also believes the company has to do a better job developing young talent and encouraging dialogue across the organization. A group consisting of 18 top leaders across key geographies and functions has already been set up, with an expanded leadership team to be established in the first quarter of 2017 focusing on leadership, talent development and performance management. At the upper-management level, long-term remuneration for senior executives will now be linked to share price to align with the interests of shareholders.

The four other new pillars are all designed to drive faster growth.

The Digital pillar recognizes that the Adidas.com and Reebok.com websites are the brands’ largest and most profitable own points of sale globally, and both will receive extra attention. The company has reset its goal for e-commerce revenues to increase to €4 billion by 2020, compared to €1 billion in 2016. Initially, the strategic plan forecasted an increase to €2 billion by 2020.

But Adidas is also seeking improvements in digitalization processes at every stage of the value chain to accelerate building direct relationships with the consumer. Digital technologies such as 3-D creation, 3-D printing and smart manufacturing methods, as in the “Speedfactory,” will be expanded even further. Rorsted noted that the average age of an Adidas employee is 30, and the company will look to capitalize on what he sees as “the direct correlation between age and digital capabilities.”

The company will continue to “invest over-proportionately” in the North America market, particularly in the U.S. business. Beyond widely trailing Nike in the region, Rorsted also noted the Adidas brand is now about equal with Under Armour, a brand that is 4.5 times bigger worldwide. Investments will be made in people, logistical infrastructure, expanding its headquarters in Portland and opening stores in key cities, such as its flagship that opened in New York City last year. Efforts will continue to reach out to key influencers as well as key accounts, such as Dick’s Sporting Goods and Foot Locker.

The ONE Adidas pillar focuses on numerous measures to harmonize and simplify processes across the organization so the company is “not run as 10 smaller organizations but one global organization.” Included in those efforts are standardizing processes, further reducing the number of articles offered and harmonizing marketing activities to overall improve operational efficiencies.

Meanwhile, the Portfolio pillar sharpens the company’s focus even more intensely on its Adidas and Reebok brands. Following the divestiture of Rockport in 2015 and Mitchell & Ness in 2016, the sales process is underway for the golf brands TaylorMade, Adams Golf and Ashworth and that planned divesture “is unchanged.” The Adidas Golf brand is also being separated from the TaylorMade business and “moved back to our Adidas business.”

The company also announced it is now seeking a buyer for the ice hockey brand CCM Hockey, based in Canada.

Five Ten, a brand known most for its rock climbing shoes that was acquired by Adidas in 2011, will be integrated into Adidas Outdoor to realize efficiencies and add authenticity to Adidas Oudoor’s positioning. Rorsted said Five Ten will become a sub-brand of Adidas Outdoor and work similarly to how Stan Smith works for Adidas Originals.

At the same time, an extensive “Muscle Up” action plan was developed for Reebok last year, targeting significant top- and bottom-line improvements, particularly in the U.S. market, by 2020. Overall, Rorsted said the five brands being repositioned, restructuring or divested – Reebok, TaylorMade, CCM, Five Ten and Adidas Golf – represent €3 billion of the company’s €19 billion in sales.

Meanwhile, the company will look to build on the success of its initial strategic pillars – Speed, Cities and Open Source – under the “Creating the New” plan.

Progress with the Speed initiative was marked by a pilot “Speedfactory” set up in Ansbach, Germany in 2016, with mass production set to commence in 2017. In addition, the second Adidas Speedfactory will open in Atlanta this year. Altogether, in 2016, around 15 percent of total sales were generated with products manufactured on Speed programs and the company’s ambition to increase the share of “speed-enabled” products to at least 50 percent of net sales by 2020. The goal of the program is to increase full-price sales, since the factories will be able to better handle in-season replenishment.

The Cities initiative calls for Adidas to focus its sales and marketing activities on six metropolitan centers: New York, Los Angeles, London, Paris, Shanghai and Tokyo. Above-average volumes of sporting goods are purchased there and these cities also play an influential role in shaping trends, both nationwide and globally. The company’s goal is to double revenues in these cities by 2020 compared to 2015. In 2016, Adidas increased market share in all these cities faster than the company’s average and also increased NPS. Said Rorsted, “It’s all very positive, but we still have a lot of work to do.”

“Open Source” involves collaboration between Adidas and external partners, which includes its highly successful Kanye West product collaborations as well as its partnership with chemical company BASF in the development of the Boost sole technology. The sustainability initiative “Parley for the Oceans” also involved other outside partners, and Adidas plans to bring to market one million pairs of shoes made from ocean plastic.

Concluded Rorsted, “We’re committed and we’re excited, but we have work ahead of us.”