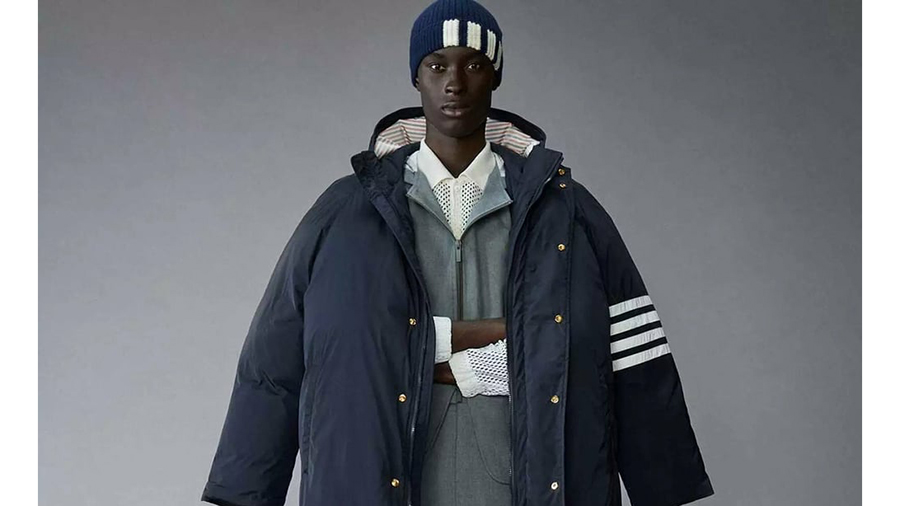 A Manhattan jury found that Thom Browne’s parallel stripe designs would not likely cause consumer confusion with Adidas’ products. The two-week trial began on January 3.

Adidas sued Browne in June 2021 over its “Four-Bar Signature” stripes design and the brand’s Grosgrain Signature, a red, white and blue line pattern.

Thom Browne’s lawyers had argued in court documents that the brand’s products featured five stripes, but Adidas lawyers said it was just three. Browne’s lawyers further argued that confusion between the companies’ designs was unlikely because they “operate in different markets, serving different customers and offer their products at strikingly different price points.” The lawyers also cited that stripes were commonly used as embellishments on clothing.

Thom Browne previously used a three-bar design on its apparel, changing it to the four-stripe logo following Adidas’ objections in 2007.

In a statement to the media, Adidas said, “We are disappointed with the verdict and will continue to vigilantly enforce our intellectual property, including filing any appropriate appeals.”

Adidas has filed over 90 lawsuits and signed more than 200 settlement agreements since 2008 related to its trademark three stripes, according to court documents in the Browne case.