The Adidas Group confirmed its Route 2015 targets which forecast sales of €17 billion and an operating margin of 11 percent in 2015 at the 2013 Investor Field Trip in Herzogenaurach. In addition, the senior management of the group shared preliminary details about its goals for 2014: sales are expected to grow at a high-single-digit currency-neutral rate in 2014. This development will be driven by growth in all brands, regions and markets in 2014, with running and football as key drivers.

Operating margin is expected to increase around one percentage point compared to 2013.

“Since the beginning of our plan, we have made some exceptional progress, driving growth in key categories, improving profitability and tightly managing our capital,” commented Herbert Hainer, CEO of the Adidas Group. “The goal of our strategic business plan Route 2015 is to prepare and transform the Group for long-term sustainable growth and success. We will continue to focus on building desirable brands and exciting our consumers at every touch point.”

Adidas Sport Performance remains focused on providing athletes with innovative performance products to help them achieve their personal best. With its Boost technology, Adidas introduced the most impactful innovation in the running category in 2013, creating a new footwear segment called ‘energy running’. In 2014, Boost will be integrated into all performance running shoes and will also be introduced in other categories, including basketball footwear. Total Boost volumes are expected to reach 15 million pairs in 2015.

In football, Adidas will showcase its innovation, imagination and technological leadership by introducing cutting-edge performance products leading up to the 2014 FIFA World CupTM. The brand expects to achieve record sales and to be the first to break through the €2 billion sales mark with football performance products.

A new Sport Performance retail concept called ‘Home Court’ will premiere in Beijing in January 2014. Home Court will transform the Adidas retail space, celebrating the brand’s roots in sports and creating brand desire among its consumers.

Adidas Originals continues to pioneer sportswear for the street. Key product introductions in 2014 include the highly anticipated comeback of the famous Stan Smith shoe, the expansion of action sports and the introduction of the Boost technology into snowboarding boots in fall/winter 2014. In addition, exciting collaborations with artists, designers and fashion stores will keep the label fresh and contemporary in 2014.

At the same time, Adidas Originals will be reinventing its approach to own retail by introducing the new ‘Neighbourhood’ store concept. This concept will be rolled out to 31 cities worldwide, including New York City, Shanghai, Paris and Moscow. The first Originals Neighbourhood flagship store will open in Berlin in spring 2014, replacing the current Originals store.

With the NEO Label, Adidas has created a desired sports fashion lifestyle label for teenagers, driving NEO lovers from all around the world into NEO stores. Since its launch in 2009, the NEO Label has achieved a compound annual growth rate of almost 40 percent. In Greater China, where NEO is available at more than 1,300 stand- alone NEO stores, local key ambassadors such as Angelababy have been an important catalyst for the success of NEO. Global NEO ambassadors include teenage stars Justin Bieber and Selena Gomez.

Following the successful introduction of own Adidas NEO stores in select cities across Germany in 2012, additional stores will be added in Germany (+6 stores), Poland and Czech Republic (+5 stores each) in 2014.
The clear positioning of Reebok as the fitness and training brand will continue. It will come to life via innovative products in both footwear and apparel, strong partnerships such as CrossFit (currently 7,000+ affiliated gyms), Spartan Race (450,000 participants in 2013) and Les Mills (90,000 instructors in 15,000 gyms worldwide).

The new retail format FitHub will be further rolled out throughout 2014. Growth for Reebok will be driven by Russia/CIS, North America and Latin America and sales are expected to reach €2 billion in 2015. By 2015, the brand plans to increase its gross margin to over 40 percent.

“We are fully equipped and ready to move forward in the second half of our Route 2015 plan. We will again accelerate our growth and focus on profitability to achieve our targets,” commented Herbert Hainer. “Innovation remains key for our success. In 2014, we will continue to bring change to the industry, ensuring growth in each of our key categories. We will put a special emphasis on further rolling out our successful Boost technology. In football, we will support the best players and teams during the 2014 FIFA World CupTM in Brazil with the most innovative football products. This includes the Official Match Ball, the Adidas Brazuca, which will be launched in Brazil tonight.”

For the full year 2013, the Adidas Group continues to forecast sales growth at a low-single-digit rate on a currency-neutral basis. The Adidas Group operating margin is expected to increase to a level of around 8.5 percent, with earnings per share to grow at a rate of 4 percent to 7 percent to a level between €3.92 and €4.06. This represents net income attributable to shareholders of €820 million to €850 million. 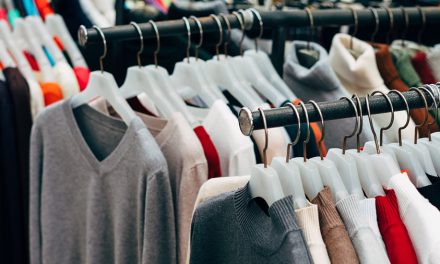