In the first quarter of 2012, Group revenues increased 14 percent on a currency-neutral basis as a result of double-digit sales increases in Wholesale, Retail and Other Businesses. Currency translation effects had a positive impact on sales in euro terms. Group revenues grew 17 percent to €3.82 billion ($5.01 bn) in the first quarter of 2012 from €3.27 billion ($4.47 bn) in 2011.

“We are off to a fast start in 2012 and there is still plenty to come as Adidas takes center-stage at the UEFA EURO 2012 and the London 2012 Olympics,” commented Herbert Hainer, Adidas Group CEO. “We have worked hard to keep inventories at industry-low levels. With the backdrop of clean markets, you will see us push forward with a whole host of new innovative product and brand experiences that will continue to excite consumers and customers around the world.”

Currency-neutral sales increase in all regions

The gross margin of the Adidas Group decreased 0.7 percentage points to 47.7 percent in the first quarter of 2012 (2011: 48.5 percent). The increase in input costs more than offset the positive impact from a more favorable product and regional sales mix as well as a larger share of higher-margin Retail sales.

Financial income increased 78 percent to €8 million in the first quarter of 2012 from €5 million in the prior year, mainly due to an increase in interest income.

Financial expenses decreased 16 percent to €28 million in the first quarter of 2012 (2011: €33 million). The decrease in negative exchange rate effects contributed to the decline.

Income before taxes as a percentage of sales increases 1.5 percentage points

The Group’s net income attributable to shareholders increased to €289 million ($379 mm) in the first quarter of 2012 from €209 million in 2011. This represents an increase of 38 percent versus the prior year level. Higher IBT was the primary reason for this development. The Group’s tax rate decreased 1.0percentage points to 25.5 percent (2011: 26.5 percent), mainly due to a more favorable earnings mix.

Group inventories increased 17 percent to €2.38 billion ($3.17 bn) at the end of March 2012 versus €2.03 billion ($2.87 bn) in 2011. On a currency-neutral basis, inventories grew 13 percent, reflecting input cost increases as well as expectations for continued growth in the coming quarters.

At the end of March 2012, Group receivables increased 10 percent to €2.37 billion ($3.16 bn) as a result of the Group sales growth. On a currency-neutral basis, receivables were up 8 percent. This growth is lower than the 13 percent currency-neutral wholesale-related sales increase in the first quarter of 2012 and mirrors strict discipline in the Group’s trade terms management and concerted collection efforts.

Net borrowings at March 31, 2012 amounted to €640 million, which represents a decrease of €274 million, or 30 percent, versus €914 million at the end of March 2011. The decrease was driven by the strong operating cash flow development over the past 12 months. Currency translation had a positive effect in an amount of €71 million. The Group’s ratio of net borrowings over 12-month rolling EBITDA decreased to 0.5 at the end of March 2012 versus 0.8 in the prior year.

The exceptional start to 2012 has set the Adidas Group up for another strong year of financial performance. Management now forecasts Adidas Group sales to increase at a rate approaching 10 percent on a currency-neutral basis in 2012 (previously: mid- to high-single-digit rate). Despite the high degree of uncertainty regarding the global economic outlook and consumer spending, Group sales development will be favorably impacted by its high exposure to fast-growing emerging markets as well as the further expansion of Retail. In addition, this year’s major sporting events will provide positive stimulus to Group sales. Currency-neutral Wholesale segment revenues are now projected to increase at a mid- to high-single-digit rate compared to the prior year (previously: mid-single-digit rate). Adidas Group currency-neutral Retail segment sales are projected to grow at a low-teens rate in 2012. Expansion of the Group’s own-retail store base and comparable store sales are expected to contribute at a similar rate to the revenue growth. Revenues of Other Businesses are now expected to increase at a low-teens rate (previously: low- to mid-single-digit rate) on a currency-neutral basis.

In 2012, the Adidas Group gross margin is forecasted to be around 47.5 percent (2011: 47.5 percent). While gross margin in the Retail segment as well as Other Businesses is expected to improve, gross margin in the Wholesale segment is forecasted to decline. As in the prior year, gross margin development will be negatively impacted by increasing input and labor costs year-over-year, particularly in the first half of 2012. However, these negative influences will be largely offset by positive regional mix effects, as growth rates in high-margin emerging markets are projected to be above growth rates in more mature markets.

The Adidas Group’s other operating expenses as a percentage of sales are expected to decrease modestly (2011: 41.4 percent), despite negative one-time charges of up to €70 million related to the potential restructuring and changes to commercial activities in India. Sales and marketing working budget expenses as a percentage of sales are projected to be at a similar level compared to the prior year. Marketing investments will be centered around key sporting events such as the UEFA EURO 2012 and the London 2012 Olympic Games to leverage the outstanding visibility of the Adidas brand during these events. Further, the Group will continue to support Reebok’s growth strategy in the men’s and women’s fitness category and will also invest in growing the Group’s key attack markets North America, Greater China and Russia/CIS. Operating overhead expenditure as a percentage of sales is forecasted to decline in 2012. Higher administrative and personnel expenses in the Retail segment due to the planned expansion of the Group’s store base will be offset by leverage in the Group’s non-allocated central costs.

In 2012, the operating margin for the Adidas Group is expected to increase to a level approaching 8.0 percent (2011: 7.6 percent). Lower other operating expenses as a percentage of sales are expected to be the primary driver of the improvement.

Herbert Hainer stated: “We have set ourselves ambitious, yet realistic growth and profit targets with our strategic business plan Route 2015. We are making great progress as we implement this plan which will secure long-term quality growth and enduring success for our Group.” 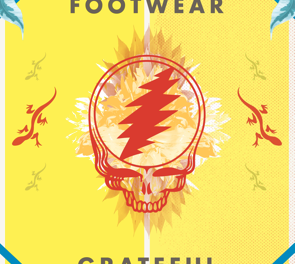