Based on preliminary figures, adidas-Salomon sales in 2002 topped euro 6.5 billion, reaching the highest level in the Group’s history. This is a 7% year-over-year improvement in euros (2001: euro 6.1 billion) and an 11% improvement on a currency-neutral basis. Currency-neutral sales increased in all regions, growing at double-digit rates in both North America and Asia. Sales grew at adidas and TaylorMade-adidas Golf but declined slightly at Salomon. Gross margin for the Group increased 0.7 percentage points from 42.6% to 43.2% as a result of increased adidas own-retail activities, lower clearance sales and an improving product mix.

Operating expenses represented 35.9% of net sales, an increase of 1.1 percentage points versus the prior year. This increase reflects expenditure required for key strategic initiatives, including marketing expenses for the 2002 FIFA World Cup(TM), expansion of adidas own-retail activities and start-up activities associated with the purchase of the remaining shares of adidas Italy. These expenses were less than originally anticipated at the beginning of the year. As a result, operating profit increased to euro 477 million versus euro 475 million in 2001. Income before taxes grew 4% to euro 390 million, compared to euro 376 million in the prior year, helped by lower financial expenses.

Net income for the Group in 2002 increased 10% to euro 229 million or euro 5.04 per share versus euro 208 million or euro 4.60 per share in the prior year. This result is at the top end of the Group’s targeted earnings range. The increase was driven by both higher sales and gross margin improvements. Lower minorities as a result of the Group’s acquisition of the remaining shares of adidas Italy also contributed to the earnings improvement.

adidas-Salomon CEO Herbert Hainer stated: “adidas-Salomon delivered top-notch results in 2002. In addition to record sales and double-digit earnings growth, we made important strategic progress as a Group with the development of new technological innovations and improved positioning in key markets, and Im convinced that this positive momentum will continue in 2003.”

The adidas-Salomon Executive Board will propose paying a dividend of euro 1.00 per share to the Annual General Meeting of Shareholders on May 8, 2003, an increase of 9% versus euro 0.92 in the previous year. This equates to a dividend payout ratio of 20% which is at the top end of the Group’s ongoing target of 15 to 20%. Herbert Hainer commented: “The increased dividend reflects our Group philosophy to share the Company’s success with our shareholders.” 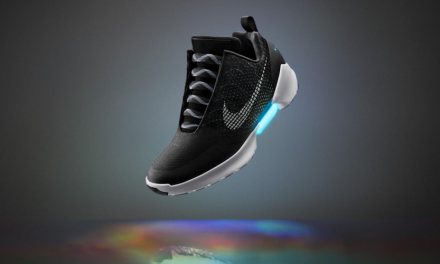