Andy Murray, which signed a deal with Under Armour last year, has drawn some attention for continuing to wear Adidas shoes at the U.S. Open. Reportedly, as part of his contract, Murray stated he would continue to wear the Adidas Barricade until Under Armour came up with a tennis shoe that met his specifications.

Murray signed with Under Armour in December 2014 and the process to come up with a shoe was expected to take six months. Murray debuted the Under Armour Clutchfit Pursuit at the Aegon Championship at Queen’s Club in June. But after badly losing a game to Roger Federer at Wimbledon, he switched back to Adidas for the Rogers Cup at Montreal, where he won in the finals over Novak Djokovic, with whom he had a losing streak. He then continued to wear Adidas at Citi Open tournament, the Western and Southern Open and now the US Open.

Under Armour or Murray hasn't responded to Murray’s switch. The third-ranked tennis player is wearing Under Armour apparel and other gear. 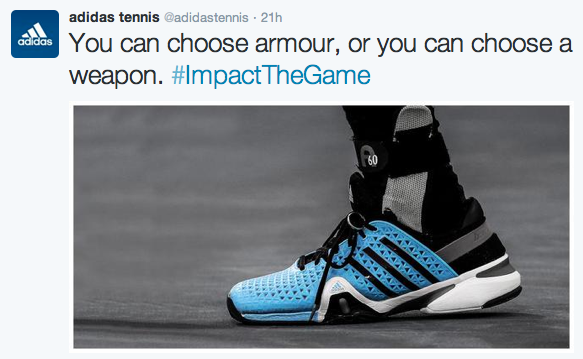