As is any twelve-step process to recovery, its important first to admit that you have a problem. adidas-Salomon management believes they know what they need to do to fix the weakened U.S. adidas brand business, including a major branding campaign and a new distribution philosophy that is expected to clean up some of the over-distribution of the brand.

Management said that they have learned a lesson in the U.S. over the last twelve months and plan to focus more on putting the right product in the right place going forward. The company now appears to be ready to admit that it needs to take a step back and work to ensure that the three stripes mean something more than just a value fashion statement in the U.S.

The company did say that backlogs are “a bit better in sporting goods and department stores”, but were weaker in the athletic specialty channel. Management would not give any color on the business at Foot Locker, which was in sharp contrast to comments made last quarter about the weakness of performance running product there.

The company is still hopeful they can turn the brand around by focusing on the performance sports end of the business, which is expected to build a healthier long-term business in the U.S. instead of the short-term fashion trend spurts they have seen over the last ten years.

The company still seems to be in some denial though, as Herbert Hainer, CEO of adidas-Salomon, said that adidas actually grew market share in the U.S. in the first nine months of the year. He also said that the shrinking order backlog was hurt by a tough comparison with the year-ago period.

Most market watchers attribute any rise in share to increased off-price activity for the brand, which drove product into the market, but has a marked negative effect on the brand. White/White T-Mac 2s at $49 do not help.

Hainer said that a campaign to “re-energize” the adidas brand in North America will have a “significant” media budget to drive it in 2004. Overall marketing expenditures are not expected to grow above the 12% to 14% of sales expects this year, so something will have to give since the company is already committed to a heavy focus at the Athens Olympics next summer.

Hainer was also perplexed by the brands U.S. weakness on the wholesale side even as adidas owned-retail gained 10% for the quarter. Owned-retail is now 8% of the total business, up from 7% last year. Retail saw a “like-to-like” 19% increase which translated to a 7% nominal growth rate.

The backlog numbers were of some concern in Europe and Asia as well, but the company did have some explanations for the apparent weakness in the footwear business in the futures backlog there.

Management pointed to efforts to limit the “over-heating” of Heritage product in Japan and Italy and said efforts to control the product caused some of the Footwear backlog weakness. In Europe, it was the later booking of soccer product that limited backlog growth in footwear. The company said they will have a clearer picture at the end of fourth quarter. Apparel backlog surged in double-digits in both regions.

With the increased marketing dollars going to the U.S., it remains to be seen if the company will have much more muscle beyond the Olympics to stave off Nikes push into Europe in the performance categories.

The YTD gross margin at brand adidas was flat at 39.9%, due to increased retail business and improving product mix. “Better clearance margins” in Europe and Asia offset a 400 basis point decline in gross margin in North America, due primarily from increased close-outs.

TaylorMade-adidas Golf was the only positive division in the third quarter, with sales increasing 28.5% in Euros to 176 million ($198 mm) from 135 million ($135 mm) in the year-ago quarter. The growth was attributed to the success of RAC irons as well as adidas Golf footwear and apparel. Operating profits for the division gained 480% in the quarter.

Revenues for the YTD period increased 9.0% on a currency-neutral basis, or a decline of 6.0% in reported terms to 487 million ($542 mm). Excluding the 21 million ($19.5 mm) sales for Slazenger Golf in the first nine months of 2002 from a non-renewed licensing deal, sales for TM-aG increased 14% in currency-neutral terms (-2% in Euro terms), making TaylorMade-adidas Golf the Groups fastest growing segment.

At brand adidas, Q3 sales dipped 1.4% to 1.48 billion ($1.66 bn), while operating profit for the division rose 3.0%. The company said growth in the Sport Heritage and Sport Performance running and training categories were the key contributors here.

Salomon was the toughest division in sales in quarter and the YTD, with sales in Q3 declining 13.5% to 199 million ($224 mm) from 230 million ($226 mm) in the year-ago period. Operating profits in the division fell almost 31%. Solid growth in Mavic Cycling Components and adidas soft goods was offset by lower sales in the Alpine, Snowboard and In-line Skate categories.

But the company is clearly focused on its largest division for any turnaround, indicating that fixing the U.S. business will rely on expanding relationships with retailers that offer the best opportunity to showcase the adidas performance products, which would seem to leave out the athletic specialty and mid-market guys that are focused on fashion. Hainer also saw it as a way to enhance brand cache and “discourage discounting of the brand and margin pressure”.

Hainer did not think the U.S. backlog issues meant that the business was going to get worse before it gets better, but he also said the company would not see a turnaround in Q4.

adidas-Salomon said it was on course to meet this year's estimate of 10% -15% growth in net profit and 5.0% growth in sales on a currency-neutral basis. Group gross margin is “likely to exceed” the 42% to 43% target range. Hainer also said the company would generate net profit growth of 10% in 2004. 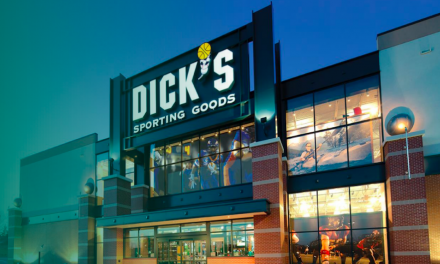