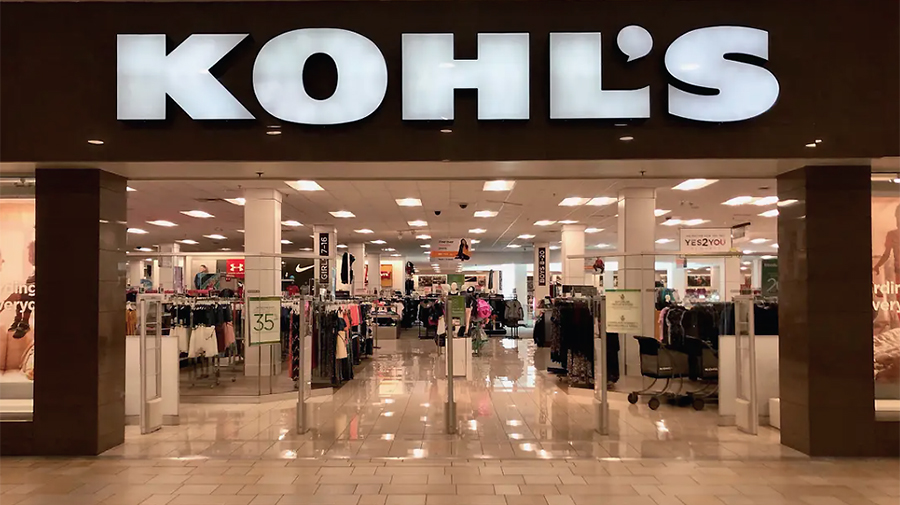 In a letter to the board made public, Ancora said the retailer’s “botched strategic review, credit downgrade, dramatic decline in sales, elevated costs and poorly received standalone plan” have placed it on a “dangerous trajectory.”

Kohl’s had faced pressure from activist investors and activist shareholders since February 2021 when a shareholder group, including Macellum Advisors, Ancora Holdings, Legion Partners Asset Management, and 4010 Capital, issued an open letter to Kohl’s shareholders and nominated nine directors to Kohl’s board.

Kohl’s explored selling the company earlier this year but, in late June, decided not to move forward with a sale to Franchise Group due to stock market conditions.

Ancora’s letter to Kohl’s board follows.

Members of the Board of Directors,

Ancora Holdings Group, LLC (together with its affiliates, “Ancora” or “we”) is a long-term shareholder of Kohl’s Corporation (“Kohl’s” or the “Company”), with a beneficial ownership position of approximately 2.5% of the Company’s outstanding shares. Since collaborating with you on an incremental refresh of the Board of Directors (the “Board”) in early 2021, we have spent nearly 18 months privately engaging with leadership to share recommendations for reversing the Company’s sustained underperformance and unlocking value for long-suffering shareholders. We thoughtfully withheld public critiques during this period to provide Kohl’s time to bounce back from the COVID-19 pandemic, conduct a productive review of strategic alternatives and produce a viable standalone plan that investors could rally behind. Much to our disappointment, Kohl’s has failed to deliver on each of these critical priorities under Chairman Peter Boneparth (who has been a director for nearly 15 years) and Chief Executive Officer Michelle Gass (who has been a c-level leader for nearly a decade).

If the Boneparth-led Board remains firmly committed to its preferred standalone path, we contend that Kohl’s needs new leadership with demonstrated experience in cost containment, margin expansion, product catalog optimization and, most importantly, turnarounds. We appreciate that Chairman Boneparth has allowed us to share private feedback with him in recent months. We also want to underscore that Michelle Gass, the Company’s current Chief Executive Officer, is a talented leader who deserves credit for establishing an innovative partnership with Sephora USA, Inc. and holding the organization together during the pandemic. We have been proud to invest in a business that maintains strong gender diversity in the c-suite, as it aligns with our recognized focus on installing female leaders in more corporate boardrooms.1 However, our view regarding the need for new leadership at Kohl’s is simply based on the facts.

During the Boneparth era, the Board has created an environment in which Ms. Gass is no longer well-positioned to lead. The Board’s decisions to reject multiple indications of interest in the $64-$65 per share range in the winter and then proceed with an opaque strategic review throughout the spring – as financing markets gradually deteriorated – have destroyed billions of dollars in equity value and painted the Company into a corner. With a failed review of alternatives and recent credit downgrade now casting shadows over what is a shrinking business, we estimate that Kohl’s has begun to trade at a steep discount to its liquidation value. The onus is now on management to begin executing flawlessly against a backdrop that includes high inflation, intense competition and recessionary headwinds. Unfortunately, the facts indicate Kohl’s lacks the right leadership for the exceedingly challenging period ahead – one that will require the Company to reverse high-single-digit sales declines, contain capital expenditures and operating expenses, and immediately optimize fulfillment, marketing and merchandising.

It gives us no satisfaction to note that Kohl’s has produced negative total shareholder returns (“TSR”) over every relevant horizon:2

Although Kohl’s has cited the pandemic as a pretext for recent performance issues, this defense does not hold up. The fact is that Ms. Gass has been a c-level leader at Kohl’s since 2013 – and TSR is negative over that period as well. Additionally, as Kohl’s has languished coming out of the pandemic, many retail peers have recovered and seen their sales dramatically increase over the past 12-18 months.

As the Board hopefully takes time to assess our recommendation, we urge it to consider some other germane facts:

We would also be remiss not to note that Mr. Boneparth and his fellow directors deemed it appropriate to award Ms. Gass nearly $60 million in compensation between fiscal year 2017 and fiscal year 2021, with her most recent fiscal year compensation being more than 1,000x that of the median employee’s compensation. We recognize that corporate leaders need to be compensated in line with market norms and their peers. Nonetheless, given that Kohl’s has produced years of poor returns and has started to shrink at an alarming rate, we do not support the Board continuing to expend shareholders’ capital on present leadership. Ms. Gass’ well-documented pedigree as a marketing and merchandising expert does not seem as pertinent right now given Kohl’s has pressing challenges related to its financial position, inventory levels and operations. Looking ahead, we believe shareholders’ capital should be utilized to compensate a new Chairman and Chief Executive Officer that possess operating expertise and turnaround pedigree.

In closing, we want to stress that a number of stakeholders are responsible for the abysmal performance and immense value destruction at Kohl’s. But the combination of the Boneparth-led Board’s ineffective leadership and management’s poor execution, as evidenced by the Company’s numbers, compel us to call for a new Chairman and Chief Executive Officer at this critical fork in the road. We urge the Board to announce a thoughtful succession plan and run a robust search process that accounts for interviewing a highly diverse group of qualified candidates. Ultimately, Kohl’s needs leadership that can design and implement a precise turnaround strategy to ensure the Company averts peril and starts producing enhanced value for shareholders over the long term.