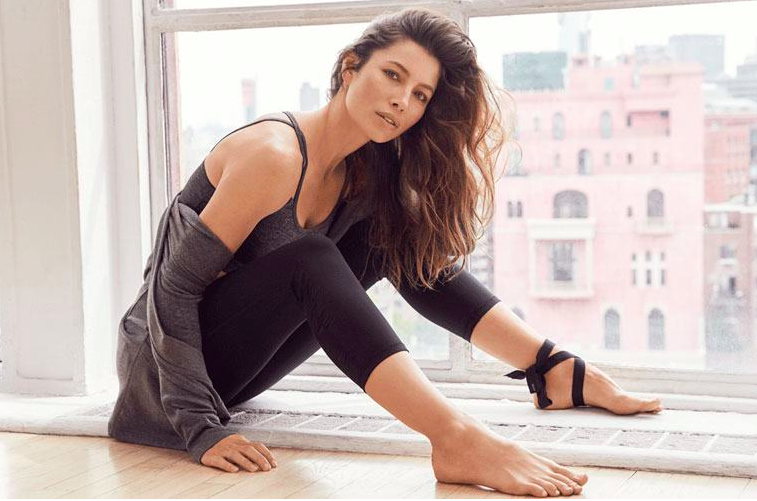 While the company wrapped up a fourth quarter in line with plans, Sequential Brands Group noted that all of its core Active brands–Gaiam, And1 and Avia–are all seeing momentum in the marketplace.

“The Active division is up year-over-year due to a number of activities,” said Karen Murray, CEO, on a conference call with analysts.

Gaiam, acquired by Sequential Brands in July 2016, “continues to be a success in our portfolio,” she said.

Plans are underway to roll out a capsule collection with Jessica Biel, the brand’s global ambassador, at better department stores starting this fall. In November, Gaiam launched an experiential shop & shop inside New York City’s Lord and Taylor, which incorporates a health and wellness concept inclusive of yoga classes, massages and virtual reality meditation, as well as a Gaiam-branded shop. Said Murray, “The concept is off to a successful start and has been a terrific traffic and sales driver for Lord and Taylor. This is a great example of solutions we can provide to our retail partners as we continue to activate through experiential marketing and sales.”

Gaiam also has opportunities for extensions into categories including home, food and nutrition, and the brand recently launched an organic supplement.

And1 “continues to be a key performer in Active, with its core business performing well, socks, underwear and sporting goods, have grown dramatically over the past year.”

And1 recently announced a new partnership for the brand, with NBA legend Kevin Garnett as the brand’s new global brand ambassador and creative director. Said Murray, “There are many new initiatives in the work that we have planned with Kevin, including the launch of his capsule collection as well as other marketing activation opportunities which will further escalate the brand in the marketplace.”

Avia “continues to show organic growth of existing categories including active sportswear, socks and footwear.” Avia has benefited from expanded square footage of selling space inside its retail partners.

Murray also noted that Avia signed a new brand ambassador that will be announced in coming weeks. Including Jessica Biel, Kevin Garnett and Avia’s new spokesperson, the Active segment will reach more than 16 million consumers on social media platform. Murray stated, “This vast reach, coupled with our powerful group of credible, authentic influencers, is impactful in raising the awareness of our brands and driving brand engagement, which ultimately drives sales.”

Companywide, Sequential Brands showed a loss of $162.9 million, or $2.58 per share, which includes one-time net charges of $171.7 million related to both the recent federal tax reform legislation and the company’s goodwill. The tax reform came to a $132.4 million benefit. The goodwill adjustment represents a one-time, non-cash charge of $304.1 million that was driven by the company’s stock price during the fourth quarter, as well as the increase in the company’s book value related to tax reform, which resulted in an assessed fair value of equity that was below its net book value.

This adjustment is unrelated to the carrying value of the company’s trademarks or the underlying value of its brands. In the year-ago quarter, the net loss was $1 million, or 2 cents per share.

On a non-GAAP basis, net income for the fourth quarter was $7.8 million, or 12 cents per share, compared to $7.3 million, or 12 cents, in the prior year period. Adjusted EBITDA for the fourth quarter of 2017 was $27.4 million compared to $24.2 million in the prior year quarter. Sales in the latest quarter increased 3% to $46.9 million.