J.C. Penney Co. Chairman Thomas Engibous affirmed his support for Chief Executive Myron Ullman, saying he has led “significant actions to correct the errors of previous management” since he retook the helm of the struggling department-store retailer. The statement came after CNBC disclosed a activist investor Bill Ackman, who is also a Penney board member, sent a letter to the company's board to have a new CEO named in 30 to 45 days.

Ackman also told fellow Penney board members that Allen Questrom, a former Penney CEO, would return as chairman if the department store operator chose a new CEO he liked. According to the New York Post, insiders said the board has lately discussed two top candidates: Foot Locker CEO Ken Hicks, a former Penney executive, and Brendan Hoffman, CEO of the Bon-Ton.

In a statement, Engibous, Penney's chairman, responded to the public disclosure of a letter to the board from  Ackman, head of the investment firm Pershing Square Capital Management, L.P. and a J. C. Penney director.

On behalf of the Board of Directors, Engibous said, “The Company has made significant progress since Myron E. (Mike) Ullman, III returned as CEO four months ago, under unusually difficult circumstances. Since then, Mike has led significant actions to correct the errors of previous management and to return the Company to sustainable, profitable growth.”

Engibous noted that this includes critical work to stabilize the organization, improve the Company's financial position, bring inventory back to appropriate levels across all businesses, restore successful private brands – notably in time for back-to-school – address issues in the Home business, make the stores easier to shop, and reintegrate the online business with stores.

“Mike is the right person to rebuild jcpenney by stabilizing its operations, restoring confidence among our vendors, and getting customers back in our stores. He has the overwhelming support of the Board of Directors, and we are confident the Company is in good hands.”

Engibous continued, “When Mike returned, it was understood that there would be an effort to rebuild the management team, including a search process to identify his successor. The CEO search process, which began in earnest three weeks ago, will be careful and deliberate to ensure we find the right long-term leader for jcpenney. In the meantime, Mike and the leadership team will continue the work under way to improve the Company's performance and get back on a path to profitable growth.”

Engibous concluded, “The Board of Directors strongly disagrees with Mr. Ackman and is extremely disappointed that his letter was released to the media at the same time that it was sent to the Board. Mr. Ackman has been integrally involved in the Board's activities since he joined two years ago. This includes leading a campaign to appoint the Company's previous CEO, under whose leadership performance deteriorated precipitously. His latest actions are disruptive and counterproductive at an important stage in the Company's recovery.” 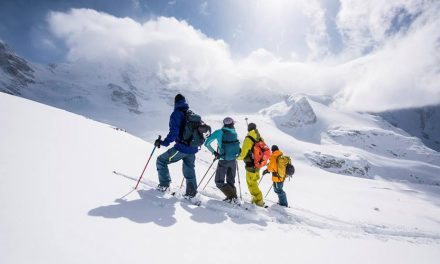 Under Armour Gets Q1 Boost from Addition of Footwear, but Margins Suffer…