Accell Group N.V. of the Netherlands reported sales in North America increased 2 percent in currency-neutral terms in the first half, as it continued to adapt to rapid changes in the independent bicycle dealer (IBD) and parts distribution business.

“In the traditional American bicycle retail trade, we were confronted with tough conditions and the performance of Raleigh and our bicycle parts and accessories were below expectations,” said Rene Takens, chairman of the board, Accell Group N.V.

Accell North America (ANA) grew sales 24 percent in euro terms to €81 million, but that translated to just 2 percent growth and $90 million in sales when adjusted to exclude the 20 percent year-over-year appreciation of the dollar against the euro.

North American sales of the German bike brand Ghost, which REI began selling exclusively in the U.S. this spring, made a solid contribution to sales growth in what Accell calls the “multi-sport” retail channel. Diamondback, which is carried by Dick's Sporting Goods, Sports Authority and other full-line sporting goods retailers, also grew. Those gains were partially offset by declining sales of Raleigh bicycles to the IBD channel, due to flat sales, growing dominance by Trek, Specialized and Giant and a proliferation of niche lifestyle brands, including those sold exclusively on the Internet.

“The market is changing rapidly and the expectation from our dealers is that we have clarity in our brand message, strong operational practices and that we make it easy to do business with us.” Pizzi told The B.O.S.S. Report Friday. “The changes that have been deployed in sequence with the launch of our new 2016 Raleigh product range this month– a completely new website that conveys a consumer message that is truly Raleigh and a totally reorganized commercial organization– positions us well to realize improved performance in the coming months.”

Sales of electric bicycles, which now comprise 34 percent of Accell's global sales thanks to their popularity in Europe, grew in North America, but remain modest. Accell introduced the German e-bike brand Haibike as well as electric-assist models from its French Lapierre brand and the Raleigh brand to North America last year, but 2015 marks the first time those bikes were available during the peak spring/summer selling season.

Accell also reported its North American parts and accessories sales fell slightly in dollar terms during the first six month of the year as Shimano, Selle-Royal, Graber, Kirt Kinetics and other suppliers have opted to deliver directly to dealers and consumers rather than through distributors.

As a result, ANA will focus on the sale of the parts and accessories produced by its own brands XLC, Raleigh and Diamondback, together with a limited number of additional product lines. Sales will be to bicycle retail trade, multi-sports chains and online dealers.

Accell ended the first half with the same number of bicycles in stock as a year earlier, though they cost 7 percent more on average to make. 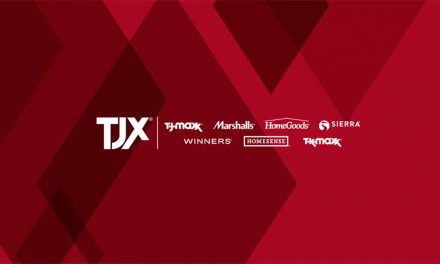 Customer Traffic Fuels Revenue And Comp Growth At TJX Cos.