The positive performance was driven partly by consumers continuing interest in healthier lifestyles and active recreation. Sales of high-end bicycles, bicycle parts, bicycle accessories, as well as fitness equipment increased in the past year. In addition, a good sales mix and improved margin also contributed to the higher results.

René Takens, Chairman of the Executive Board of Accell Group: “In 2004, we once again showed that our brands strategy is a success. As in previous years, the consumer continued to watch their spending carefully, but it appeared they are still willing to spend on high-quality products. Accell Group realised organic turnover growth of 7% and to us that is the best proof that our business model works. High quality and continuing innovations in the fields of safety, comfort and design remain the factors with which we want to distinguish ourselves. In addition to the consistent brand strategy, close cooperation with bicycle retail specialists channel remains very important. Despite the increase in the number of sales channels, the specialist retailers continue to play a decisive role in the sale of high-quality products.

“After all, they are in the unique position of being able to transfer the added value of our products to the consumer, including after sales services. On that basis, we will continue in years to come to respond to one of the most durable consumer trends of our times, healthier living and more exercise. In 2005, we expect to once again realise growth in turnover and in earnings per share.”

Earnings per share and dividend
The earnings per share over the average number of outstanding shares, adapted in the context of the 2-for-5 share split effected in December 2004, was EUR 1.52 in the past year. This is an increase of 38% compared to EUR 1.10 in 2003.

Accell Group proposes to pay a dividend of EUR 0.72 per share (from EUR 0.52 in 2003), with the option of cash or shares. An optional dividend allows for a higher pay-out ratio while maintaining a strong balance sheet for future acquisitions. The optional dividend corresponds with a dividend yield of 4.6%.

Consumers continue to opt for quality, reliability and distinctive products when it comes to bicycles and fitness equipment. This conscious choice by consumers was once again an important driving force behind the positive development in demand for the brand products of Accell Group.

In addition to organic growth, Accell Groups turnover also increased due to the fact that the results of Tunturi, acquired in 2003, were for the first time also included for the full year. The acquisitions of Juncker, F. van Buuren & Co. and the Bremshey activities also contributed to the increase of turnover.

The bicycle market seems to be changing somewhat. Consumers are making increasingly sharp choices between price and quality. This means that, in the bicycle trade, there is a visible trend towards lower and higher priced bicycles, increasing market share at the expense of mid-range bicycles. The average price per bicycle paid by the consumer remains stable.

In 2004, Accell Group devoted considerable attention to the further strengthening of its brands positions across the board, by means of improved profiling and the marketing of innovative products. In this context, Accell Group worked more closely with specialist retailers and distributors aimed at the specialist retail trade in areas such as consistent implementation of the brands strategy and targeted marketing activities aimed at consumers.

In the Netherlands, Accell Group is active with brands such as Batavus, Koga Miyata, Sparta and Loekie. The number of bicycles sold in this country increased, particularly in the higher price ranges. Batavus celebrated its 100th anniversary in a way that stimulated the turnover of their bicycles. The selection of the Sparta Ion as bicycle of the year 2004 boosted turnover in Sparta in 2004. The exclusive bicycles of Koga Miyata and Loekie childrens bicycles also performed well. The licence for the activities of the Kronan brand has not been extended as per 1 January 2005.

The market in Germany seems to be stabilising. A rationalisation of turnover meant Accell Group was able to book an improvement in the results in Germany. Hercules managed to increase its turnover after the positioning of its brand was improved and Winora also performed well in Germany, partly due to the successful introduction of a custom-made programme.

Driven by innovation, quality and efficient marketing, Lapierre succeeded in further expanding its strong position in the French market. Mercier also performed well in France. Accell Groups bicycle sales in other countries are showing a fairly stable picture. In the past year, Tunturi renewed its products and adapted its marketing, which has boosted Tunturis position in the Finnish bicycle market.

Accell Groups bicycle parts activities also had a good year in 2004. In Germany, Wiener Bike Parts saw its turnover rise and, in the course of the year, signed a letter of intent on the takeover of Julius Holz GmbH in Munich; this company will be consolidated as of 1 January 2005 and will work closely together with Wiener Bike Parts.

In the Netherlands, Accell Group acquired Juncker and F. Van Buuren in 2004. This now gives Accell Group a strong position in the Dutch market for bicycle parts and accessories. The two companies were combined on a single location as of 1 January 2005 and now operate under the name Juncker Bike Parts.

In order to boost the Accell Groups position in fitness activities, its own sales organisation in Germany was launched, which took over the activities of the former distributor of Tunturi and Bremshey. Accell Group thus obtained the rights to the name Bremshey and a number of other agencies. More recently, Accell Group also increased its stake in the English distributor of Tunturi (Lacasdail Holdings Ltd) from 50% to 100%.
In addition to the acquisitions, Accell Group in 2004 invested considerably in the development and marketing of new fitness products at Tunturi. Although the introduction was delayed and the results therefore were disappointing in 2004, the new products will boost Tunturis market position.

The general economic outlook for 2005 is cautiously positive, although it should be noted that the initially optimistic forecasts for 2005 were adjusted downwards time and time again in 2004. Against that background, consumer confidence is a decisive factor and that remains, as far as can be projected at this point, at a low level. Therefore, Accell Group does not expect major economic progress in 2005.

The continuing interest in healthier living and more exercise continues to provide opportunities for Accell Groups strong brands. Consumers remain willing to spend money on this subject, which is also evidenced by the demand for products with a clear added value (innovative, comfortable and safe). Accell Groups strong brands benefit from this development. Accell Group will therefore continue to focus on supporting these brands, with the main focus on intensive cooperation with the bicycle retail specialists channel and targeted marketing at the points of sale and towards consumers.

Accell Group expects to continue to realise sufficient synergy benefits in 2005. The synergies will be realised through continuing attention to the optimisation of the production and logistical processes. Sufficient scale remains necessary to realise advantages in purchasing, production, development and marketing. In addition to organic growth, Accell Group may realise growth through acquisitions. Accell Group will therefore continue to search out acquisition candidates that fit within the profile and brand portfolio of the group.

Based on the current market outlook and barring unforeseen circumstances, Accell Group expects a further increase in turnover and earnings per share in 2005.

Key markets are the Netherlands (50% of turnover), Germany (23%) and France (12%). Other European countries, including Belgium, Denmark, Finland, Austria, the United Kingdom and Switzerland, account for 15% of turnover. 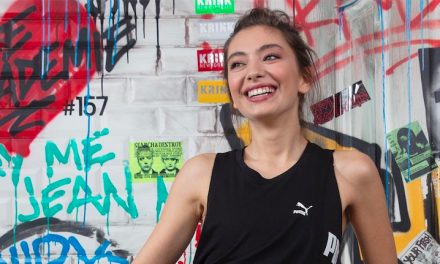