Among the eight retail brands included in the report, Academy Sports + Outdoors ranked highest with an overall score of 796 (on a 1,000-point scale) and performs particularly well in the cost, merchandise and sales/promotions factors. Following Academy Sports + Outdoors in the rankings are Hibbett Sports (794) and Play It Again Sports (790), all outperforming the industry average of 780.

“Placing an emphasis on in-store interactions with customers will help create a successful experience and build brand loyalty–as well as helping to create advocates for the brand,” said Sara Wong Hilton, senior director, strategy and product management. “With such a competitive landscape among sporting goods retailers, every interaction counts toward building a strong, loyal customer base.”

Further illustrating the relationship between high customer satisfaction, loyalty and advocacy is the fact that Academy Sports + Outdoors customers make an average of 3.0 recommendations, nearly twice as many as less satisfied customers (1.6).

The report also finds that while cost is important, a helpful and knowledgeable sales staff is the key driver of customer satisfaction with a sporting goods brand. Among the five study factors, staff has the highest importance weight in determining overall satisfaction (30 percent), followed by cost (23.5 percent) and facility (18 percent).

“Interestingly, merchandise and sales/promotions are rated by sporting goods customers as the least important among the five factors, which may suggest that customers see the industry as commoditized,” said Wong Hilton. “What really differentiates one brand from the others is staff. Customers want to be helped by someone who is knowledgeable about the products and who can assist them in making informed decisions when it comes to selecting sporting goods.”

The 2012 Sporting Goods Retailer Satisfaction Report is based on responses of more than 1,600 customers who purchased any product at a sporting goods retailer store in the previous 30 days. The report was fielded in December 2011 and January 2012. Retailers included in this report have at least 100 locations and are located in more than five states. 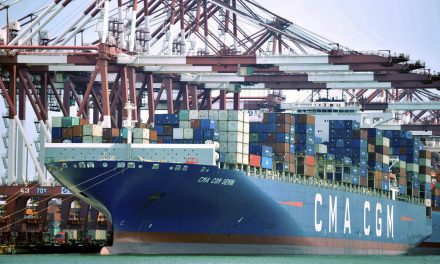 Retail Imports Level Off After Rush To Beat Tariffs