The U.S. government in a court filing implicated Academy Sports in the 2017 church shooting in Sutherland Springs, TX because the retailer sold the gun and high-capacity magazine to the shooter that he used during his rampage.

Victims and family members from the mass shooting had sued the government for damages in 2017 after the U.S. Air Force failed to report shooter Devin Kelley’s criminal and psychiatric history to the FBI’s National Instant Background Check System as required by law.

The government has argued that it should not be held liable, citing the 1993 Brady Handgun Violence Prevention Act, which protects federal employees if they fail to prevent illegal firearm purchases.

In a court filing on October 15, attorneys defending the U.S. further filed a motion to designate the sporting goods store as a “responsible third party” in the lawsuit, according to a Texas Public Radio report. Kelley showed a Colorado license but carried out the purchase in Texas. High-capacity magazines are illegal in Colorado.

Paul David Stern, a Justice Department attorney, wrote in the motion, “Academy sold Kelley a firearm, specifically a high-capacity Model 8500 Ruger AR-556 semi-automatic AR-15 style rifle, which included a large-capacity 30-round magazine. To purchase this firearm, Kelley presented Academy with a Colorado driver’s license. With respect to the sale of that rifle, the Federal Gun Control Act required Academy to comply with the laws of both Texas, the seller’s state, and Colorado, the buyer’s apparent state of residence. Colorado law restricts the sale of high-capacity magazines, i.e. magazines holding more than fifteen rounds. Therefore, Academy was not permitted to sell Kelley the Model 8500 Ruger AR-556 under federal law because sale of that rifle would have been illegal in Colorado. On November 5, 2017, Kelley used the Model 8500 Ruger AR-556 to commit the shooting at the First Baptist Church of Sutherland Springs. Academy’s conduct thus contributed to causing the harm for which recovery is sought in this action.”

Stern further wants Kelley, who died near the scene, and any “unknown persons who may have conspired” with him to be named as “responsible third parties” in addition to Academy.

Academy Sports has previously denied wrongdoing in the case of Kelley and did not respond to requests for comment. Academy has denied it broke federal law, arguing the statute applies only to the sale of firearms themselves and not magazines as well, according to Dallas Morning News.

Jamal Alsaffar, PLLC, an attorney for the families, urged the government to investigate its own claims against Academy Sports.

“What is most concerning about this development is the U.S. Government has been aware of systematic and ongoing illegal gun sales by Academy Sports across their hundreds of locations, and done nothing to stop this admitted violation of the law,” Alsaffar said in a press release. “We call upon the government to immediately initiate an investigation to end Academy’s nation-wide policy of selling high capacity assault rifles to residents of states that have banned them.” 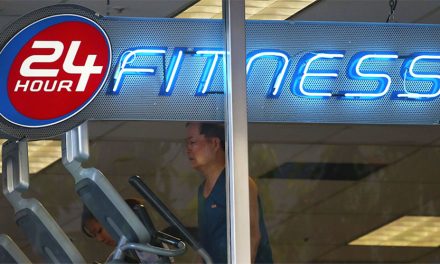