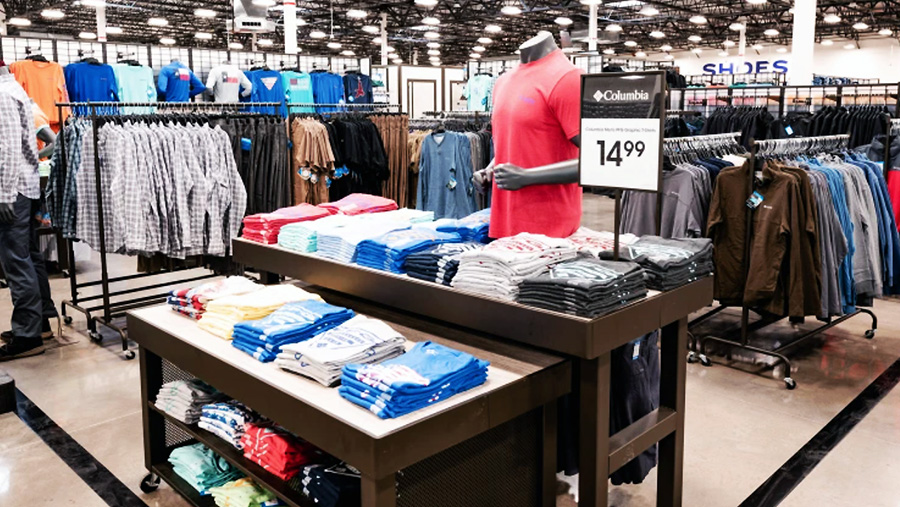 Academy Sports + Outdoors Inc. significantly raised its full-year guidance after reporting sales and earnings in the second quarter came in well ahead of Wall Street’s targets.

When compared to the same quarter in 2019, sales increased 44.8 percent. Comparable sales grew 11.4 percent on top of 27.0 percent last year, making it the eighth consecutive quarter of positive comparable sales. The sales growth was driven by the sustained strength in the sporting goods and outdoor recreation market, improving in-stocks and strong consumer demand across all product categories.

Sales were strong in Apparel, Footwear, Field, Fitness, and Team Sports. E-commerce sales declined slightly (0.9 percent) after growing 210.3 percent in the prior year quarter. When compared to the second quarter of 2019, eCommerce sales increased 207.2 percent.

Selling, general and administrative (“SG&A”) expenses were 21.7 percent of sales, a 220 basis point increase. The change was a result of higher advertising and payroll expenses that had been pared back last year due to the pandemic as well as non-recurring stock compensation and payroll expenses associated with accelerated share vesting. Excluding the non-recurring expenses, SG&A expenses would have been 19.2 percent of sales.

Net income was $190.5 million compared to $167.7 million. Diluted earnings per share were $1.99 compared to $2.25 per share. The decline in earnings per share was the result of an increase in the number of shares outstanding and higher federal income tax. Pro forma adjusted net income, which excludes the impact of certain non-cash and extraordinary items, increased 67.1 percent to $224.6 million.

Pro forma diluted earnings per share increased 29.3 percent to $2.34 compared to $1.81 per share. Wall Street’s consensus estimate on an adjusted basis had been $1.42.

“The Academy Sports + Outdoors team delivered the best quarterly financial results in the company’s history as we surpassed the very strong store comparables from last year,” said Ken Hicks, chairman, president and CEO. “We plan to build on this continued success by further sharpening our focus on the fundamentals of the business and investing in our strategic initiatives with the goal of adding new customers, gaining market share and driving sales and profit growth. I am also excited to announce the authorization of our new share repurchase program. This program signifies the current strength of the company and the confidence we have in the future of Academy.”

The growth in gross profit, coupled with 70 basis points of selling, general & administrative expense leverage, resulted in a 192.6 percent increase in pre-tax income to $465.8 million compared to $159.2 million.

Balance Sheet Update
The company also took steps to enhance its balance sheet. As of the end of the second quarter, the company’s cash and cash equivalents totaled $553.8 million with no outstanding balance on its credit facility. Adjusted free cash flow was $169.5 million. Merchandise inventories were $1.1 billion, an increase of 24.0 percent compared to the prior-year quarter and 3.2 percent compared to Q1 2021.

As previously reported, Academy’s largest shareholder (KKR) completed two transactions, reducing their ownership to approximately 20 percent of the company as of the end of the quarter. As part of one of these events, Academy purchased and retired 3.2 million shares for approximately $100 million. In addition to the stock repurchase, the company paid down $99 million of its outstanding term loan and refinanced the loan’s interest rate from LIBOR + 5.0 percent to LIBOR + 3.75 percent. Based on these positive actions, S&P (B+ from B) and Moody’s (Ba3 from B1) both upgraded the company’s debt rating.

Capital Allocation
On September 2, 2021, its Board of Directors authorized a new share repurchase program under which the company may purchase up to $500 million of its outstanding shares over the next three years.

2021 Outlook
Michael Mullican, executive vice president and CFO said, “Our second-quarter performance set company records across numerous financial metrics, including revenue, gross margin dollars and rate, pre-tax income and net earnings. Importantly, we continue to improve profitability at a higher rate than our sales growth. As a result, we are increasing our fiscal 2021 guidance. Looking ahead, we expect to utilize our capabilities to accelerate our omnichannel, new store and other growth initiatives.”

This forecast accounts for various market scenarios due to the uncertainty from the impact of COVID-19 on the economy and consumer. The new guidance is as follows: