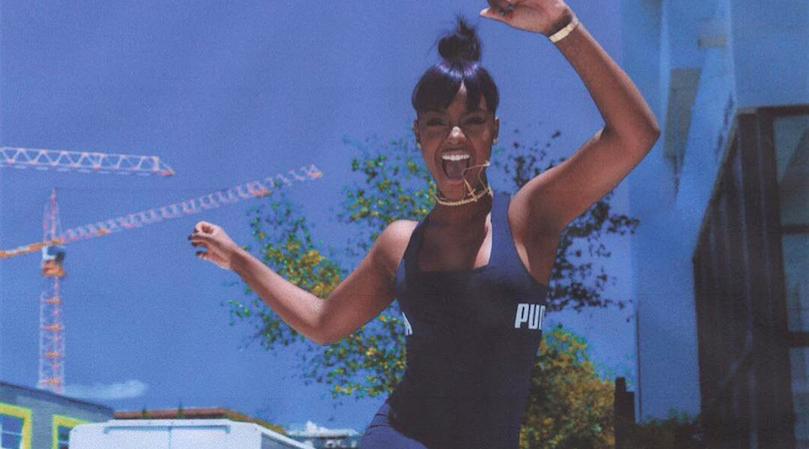 Puma reported sales in the second quarter jumped 16 percent on a currency-neutral basis, boosted by double-digit growth in all regions and in both footwear and apparel.

Bjørn Gulden, chief executive officer of Puma SE, said, “In another positive quarter, we achieved double-digit growth in all regions and in both footwear and apparel. This combined with a good sell-through in retail and a good order book for the next quarters made us raise the outlook for the full year. We now expect a currency adjusted sales growth for the full year between 12 percent and 14 percent and a full-year EBIT between €205 million and 215 million.”

Puma’s sales growth continued in the second quarter of 2017. Sales increased by 16.3 percent currency-adjusted to €968.7 million (+17.2 percent reported), compared to €826.5 million in the previous year. All regions contributed with double-digit increases. Footwear continued to be the main growth driver though Apparel also grew double-digit, while Accessories grew at a more modest rate.

The gross profit margin improved, despite negative currency effects, by 90 basis points from 45.6 percent in the second quarter last year to 46.5 percent.

Operating expenses (OPEX) rose by 11.4 percent to €410.8 million in the second quarter. The increase of operating expenses in the quarter is mainly due to higher sales-related variable costs as well as further marketing and retail investments. Costs for other operating functions grew only moderately.

The operating result (EBIT) increased from €11.9 million last year to €43.4 million due to strong sales growth combined with an improved gross profit margin.

Net earnings increased from €1.6 million to €21.9 million and earnings per share were up correspondingly at €1.46 compared to €0.11 in the second quarter last year.

Sales for the first half-year 2017 improved by 15.8 percent currency adjusted to €1,973.8 million (+17.6 percent reported) and were above expectations. All regions showed double-digit growth with Footwear being the main growth driver. Major gains were achieved by the Running and Training and Sportstyle categories, with Platform, Suede, BASKET HEART and IGNITE  Limitless footwear styles performing well.

Including eCommerce, Puma’s own and operated retail sales increased by 21.8 percent currency adjusted to €430.3 million. This represents a share of 21.8 percent of total sales for the first half of 2017 (20.5 percent in the previous year). The performance was achieved by positive like-for-like growth in our existing retail stores, strong growth in our eCommerce business and opening of new additional stores.

The gross profit margin improved, despite negative currency effects, by 60 basis points from 46.2 percent to 46.8 percent in the first half-year 2017. The increase was mainly due to further improvements in sourcing and selective price adjustments.

Operating expenses (OPEX) increased by 11.9 percent and amounted to €817.6 million. The increase was driven by higher sales-related variable costs, intensified marketing activities and investments in own retail stores. Costs for other operating functions grew only moderately.

The operating result (EBIT) more than doubled from € 53.2 million last year to €113.6 million in the first half of 2017 underlining the improved operating performance, with strong sales growth, a higher gross profit margin and an improved operating leverage.

Net earnings improved significantly in the first half-year and came in at €71.5 million (last year: €27.4 million). This result translates into earnings per share of €4.79 compared to €1.84 last year.

Despite the double-digit sales growth and a higher number of owned and operated retail stores, Puma’s working capital increased only moderately by 6.4 percent to €700.1 million. Inventories were up 10.8 percent at €850.6 million in order to ensure product availability and to support further growth as well as to meet the increased need for products due to our additional retail stores. Trade receivables rose by only 9.0 percent to €561.8 million despite the strong sales growth. Trade payables were up 12.6 percent to €645.1 million.

As a result of the working capital development and higher capital expenditures the free cash flow came in at €-117.9 million compared to €-107.3 million in the first half of 2016, while the net cash position improved from €129.9 million as of June 30 to €152.4 million.

In light of the strong second-quarter increase in sales and profitability as well as the positive business outlook for the current year 2017, Puma raises the full-year guidance for its consolidated sales and operating result (EBIT). The Management now expects that currency adjusted sales will increase between 12 percent and 14 percent (previous guidance: currency adjusted increase at a low double-digit percentage rate). The operating result (EBIT) is now anticipated to come in between €205 million and €215 million (previous guidance: between €185 million and €200 million). In line with the previous guidance, the Management still expects that net earnings will improve significantly in 2017.

“The first six months of this year have been positive, both from a business point of view as well as with regards to the performance of our athletes and brand ambassadors:   The 2016/17 Football season ended for Puma with grabbing some of the World’s biggest football trophies: while BVB Borussia Dortmund snatched the German DFB Cup, Arsenal FC claimed the FA Cup at the same weekend, and Mexico’s Chivas won the 2017 Liga MX Clausura title. Last, but not least, the Cameroon national team won the 2017 Africa Cup of Nations. For the coming seasons, we have added two more football club assets to our roster of internationally renowned teams: with Olympique de Marseille and Borussia Mönchengladbach, Puma signed two strategic long-term partnerships and strengthened its position, both in the German Bundesliga and the French Ligue 1, starting in the 2018/19 season.

“With our female football stars Ada Hegerberg (Norway), Dzsenifer Marozsan (Germany), and Eugenie Le Sommer (France), we are perfectly set to ensure brand visibility on the pitches of the UEFA Women’s Euro 2017 in the Netherlands. Altogether 67 players will be kicking in Puma shoes, while 14 of them play for Germany. Last weekend, Dzsenifer Marozsan was voted Player of the Year by leading sports journalists following a poll by Germany’s leading sports magazine ‘Kicker’.

“In Running all eyes are on the IAAF World Championships in London, which will start at the end of next week. The event will probably mark the end of the active career of living legend Usain Bolt. He will remain Puma’s brand ambassador beyond his active athletic career. Next to Usain, we expect a great performance from Canadian sprinter and Puma ambassador Andre de Grasse, the reigning Pan American champion in the 100 metres and 200 metres. To maintain a strong presence in athletics, we have continued to increase our portfolio of Track and Field athletes by signing numerous Jamaican sprinters, among them Julian Forte and Shericka Jackson. Forte won gold with the Jamaican 4×100 metres relay team at the 2014 IAAF World Relays, while Jackson won the Bronze medal over 400 metres and silver in the 4×400 metres relay at the 2016 Summer Olympics in Rio de Janeiro.

“In Motorsport, our three partnered F1 teams Mercedes AMG Petronas, Scuderia Ferrari and Red Bull Racing are currently at the top of the rankings of this year’s competition, both in the drivers’ and the constructors’ standings. We have also extended our long-term partnership with BMW Motorsport as official licensing partner for products of BMW Motorsport and supplier of BMW race teams.

“Strategically, we have continued to focus on our five priorities: Creating further brand heat, increasing the pace and quality of our product launches, strengthening distribution by delivering results for our key retail partners, further accelerating speed in our organization and growing our women’s business across sports performance and sportstyle ranges. The improved financial results, better sell-through performance as well as the continued positive feedback from our retail partners confirm that Puma is on the right track. To further fuel Puma’s brand heat, we have signed new sports assets as well as other cultural icons. Working with relevant influencers and letting them communicate on our behalf has become increasingly important. One of them is the cultural influencer, Grammy-nominated, multiplatinum recording artist Big Sean, whom we signed as our new Creative Collaborator and Global Ambassador. Big Sean will be working alongside Puma’s team to design an exclusive collection that’s set to be released in Spring 2018 and we will see him as the face of the next Puma Classics campaign this summer.

“In our Women’s category, we have continued our successful “Do You” campaign around celebrities such as Cara Delevingne, the New York City Ballet and Kylie Jenner by introducing new feminine styles. We have seen strong demand for the BASKET HEART, a classic silhouette with a unique feminine touch and for the FIERCE, one of the biggest drivers behind our women’s footwear business. One highlight in women’s apparel has been the Velvet Rope collection, which features tech-infused Sportstyle and Training pieces for women with the perfect mixture of performance and luxury, sport and fashion.

“With our “Run The Streets” concept, we have offered products that cross the line between performance and style. We launched the IGNITE EVOKNIT, IGNITE Limitless and the brand new sportstyle franchise TSUGI. All of them feature Puma’s proprietary IGNITE midsole technology, but at the same time they have a progressive fresh look inspired by urban culture and street style.

“Our new, unique customizable lacing system NETFIT offers infinite performance and style options and will be worn by our world class athletes at the IAAF World Championships in London. The NETFIT technology allows runners to fully adapt to their individual needs based on foot shape and running style and allows consumers to express their individual style through various lacing techniques. NETFIT has been extended into the Sportstyle category and will also be used in our football shoes 365 NETFIT and FUTURE.

“Our recently introduced football boot Puma ONE suits all aspects a player needs – FIT, FAST and FEEL. Under the mantra of ‘Play Perfect’ we have combined the best and latest technologies to support technical players with the ideal equipment.

“In distribution we remain absolutely dedicated to strengthen the relationships with our key retailers and to be a reliable partner for them. It is crucial for us that our retail partners earn money with our products. In this spirit, we have worked hard to fulfill their needs and maximize our contribution to their business. As the demand for our products has often exceeded expectations this year, our key account teams worked closely with our sourcing organization to ensure product availability of popular styles. Improved sell-through has led our retail partners to dedicate more shelf space to Puma and to feature our products more prominently in their stores.

“We have continued to upgrade our owned and operated retail store network with further openings and refurbishments, such as the full price store on Carnaby Street in London and also introduced a new store concept for factory outlets. In addition, we are relaunching our eCommerce presence ‘Puma.com’ in a more modern and mobile-friendly format, and as a first step, we went live with our new European website in June.” 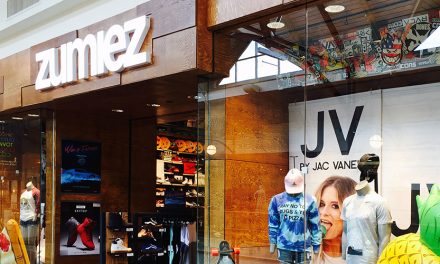