5.11 Tactical has signed on as the official tactical gear sponsor of the 2016 Reebok CrossFit Games July 19-24  in Carson, CA. Throughout the games, 5.11 is the official sponsor of the Law Enforcement, Military and Fire Leaderboard, as well as presenting sponsor of the #ServiceOpen. In addition, 5.11 will have a main sponsor booth and run six commercials on ESPN.

For the first time in the history of the CrossFit Games, CrossFit used the CrossFit Games Open to find the fittest in the military, emergency medical services, firefighting and law enforcement. 5.11 will honor each category leader at the 2016 Reebok CrossFit Games finals in Los Angeles during an award ceremony, where the winners will receive $511 in cash and $511 in 5.11 gear.

“Without question, 5.11 is a seamless addition to our panel of sponsors we’re proud to work with,” said Steve Weiss, Business Development and Licensing at CrossFit. “We’re thrilled to have an opportunity to join forces with a trusted brand CrossFit Games athletes and the broader CrossFit community can count on.”

5.11 and CrossFit share strong roots within the Law Enforcement, Fire, EMS and Military communities. 5.11 has served the tactical community for well over a decade with high-performance tactical gear. CrossFit’s ties to the First Responder community date back to 1995 when Founder Greg Glassman moved to Santa Cruz, California to train Law Enforcement officers.

CrossFit also pays its respects to Military service members that made the ultimate sacrifice in the line of duty with Hero WODs (Workout of the Day) in their honor. The 2015 Reebok CrossFit Games included the hero workout Murph with competitors wearing the 5.11 TacTec Plate Carrier™ during the event.

“Our team is fired up to be a part of the 2016 Reebok CrossFit Games,” said Willem Driessen, vice president of marketing at 5.11. “Much like CrossFit, 5.11 focuses on helping people prepare for whatever life throws at them. We listen to our end-users to create the best products, like our TacTec plate carrier, which was developed with input from Special Forces operators and featured during the 2015 Games.”

“Having 5.11 onboard for the 2016 Games is a win-win,” said Dave Castro, CrossFit’s director of the CrossFit Games and co-director of Training. “Our organizations share deep roots in the Law Enforcement and Public Safety communities, and we look forward to celebrating the achievements of those individuals whenever and wherever we can. We also know that 5.11’s gear can withstand even the most demanding missions, whether they’re on duty or looking to increase the intensity of their workouts with gear like the 5.11 plate carrier.”

“5.11 is a company built on end-user feedback from our community of operators,” said Tom Davin, CEO of 5.11. “When we ask our end-users about their fitness training, the most frequent response is ‘CrossFit,’ so we are honored to participate in The Games this year.”

Davin has been active in CrossFit since 2007, when he earned his CrossFit Level 1 certificate at the Orange County Fire authority. 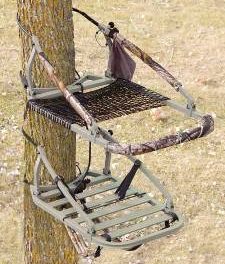