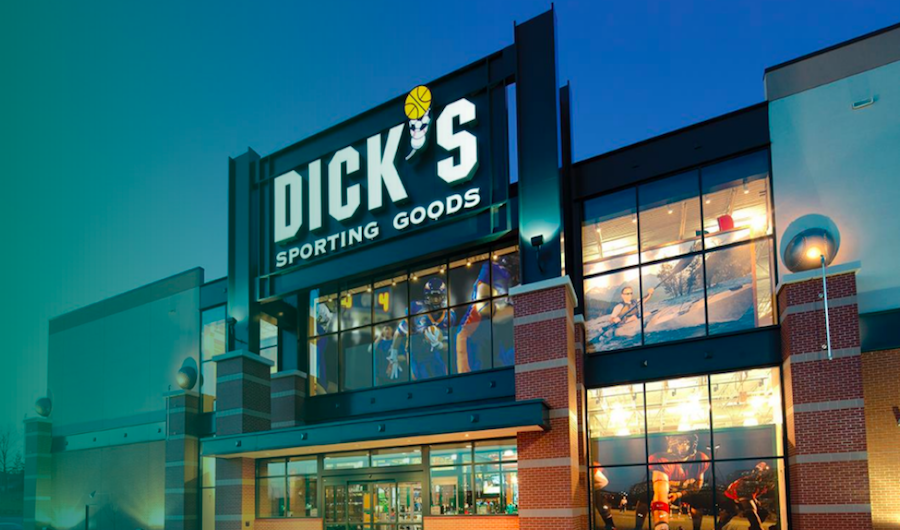 Dick’s Sporting Goods reported earnings fell 13.8 percent before non-recurring charges in the fourth quarter, to $127.3 million, or $1.22 a share, but came in at the top of guidance. Same-store sales slid 2.0 percent, in line with guidance. Earnings for 2018 were guided to be flat to down 7 percent.

On a non-GAAP basis, the company reported consolidated net income for the fourth quarter ended February 3, 2018 of $127.3 million, or $1.22 per diluted share, compared to the company’s expectations provided on November 14, 2017 of $1.12 to 1.24 per diluted share. Fourth quarter 2017 non-GAAP results exclude transition costs related to ScoreCard loyalty program enhancements and a litigation contingency. For the fourth quarter ended January 28, 2017, the company reported consolidated non-GAAP net income of $147.8 million, or $1.32 per diluted share, which excludes charges to write down the value of the company’s inventory in connection with the company’s implementation of a new merchandising strategy, asset impairments and store closing charges, as well as costs to convert former Sports Authority (“TSA”) and Golfsmith stores.

“Amidst a competitive environment, we are very pleased to deliver fourth quarter results in line with our expectations, driving growth across key businesses. As expected, margins remained under pressure; however the decline was less than we anticipated,” said Edward W. Stack, chairman and chief executive officer. “During 2017, we made significant progress on key priorities as we grew both our online and private brand businesses to over one billion dollars in sales.”

Stack continued, “In 2018, we expect stronger product innovation from select key partners and the continued expansion of our private brands to result in less margin pressure than previously expected. We see meaningful opportunity to drive improvements across our business and will make significant investments that will continue to position Dick’s Sporting Goods as the leader in our industry.”

“Looking ahead, we see considerable opportunity to deliver a stronger performance as we make improvements to our business,” added Lauren R. Hobart, president of Dick’s Sporting Goods. “Across the organization, we are focused on executional excellence and enhancing our omni-channel capabilities as we continue to transform to meet our customer’s ever-changing needs. Our priorities include elevating the customer experience across our stores and our website and leveraging the strength of our brand to deepen customer engagement and drive omni-channel traffic.”

The company ended the fourth quarter of 2017 with approximately $101 million in cash and cash equivalents and no outstanding borrowings under its revolving credit facility. Over the course of the last 12 months, the company continued to invest in omni-channel growth, while returning over $357 million to shareholders through share repurchases and quarterly dividends.

Net sales for the 53 weeks ended February 3, 2018 increased 8.4 percent from last year’s 52-week period to $8.59 billion primarily due to the growth of the company’s store network, as well as the inclusion of the 53rd week of sales during fiscal 2017. Consolidated same store sales decreased 0.3 percent on a 52-week to 52-week comparative basis.

On February 12, 2018, the company’s Board of Directors authorized and declared a quarterly dividend in the amount of $0.225 per share on the company’s Common Stock and Class B Common Stock. The dividend is payable in cash on March 30, 2018 to stockholders of record at the close of business on March 9, 2018. This dividend represents an increase of approximately 32 percent over the company’s previous quarterly per share amount and is equivalent to an annualized rate of $0.90 per share.

The Tax Cuts and Jobs Act

On December 22, 2017, the U.S. Government enacted the Tax Cuts and Jobs Act (the “Tax Act”). Among other things, the Tax Act reduces the corporate income tax rate from 35 percent to 21 percent, provides for a deemed repatriation of undistributed foreign earnings by U.S. taxpayers at reduced tax rates, makes other fundamental changes to how future foreign earnings will be taxed by the U.S. and otherwise modifies corporate tax rules in significant ways. In accordance with U.S. GAAP, the company applied a blended federal income tax rate to fiscal 2017 results based upon a pro-rated percentage of the number of days before and after January 1, 2018. The company’s effective tax rate was 35.5 percent for fiscal 2017 as compared to 37.3 percent for fiscal 2016. In fiscal 2018, the company expects its effective tax rate to be approximately 26 percent.

During the fourth quarter of 2017, the company recorded a charge of $6.0 million for federal and state income taxes related to the deemed repatriation of accumulated but undistributed earnings of foreign operations, partially offset by an income tax benefit of approximately $5.3 million in connection with the estimated revaluation of deferred income tax assets and liabilities to reflect the effect of enacted changes in tax rates. In accordance with recent SEC guidance, these are provisional amounts that are subject to change as forecasted estimates become finalized and further regulatory guidance is released.

As a result of the Tax Act, the company’s earnings per diluted share guidance assume an effective tax rate of approximately 26 percent.

The 2018 guidance translates to flat earnings to a decline of 7 percent versus non-GAAP earnings of $3.01 reported for 2017.

When it reported third-quarter earnings on November 14, Dick’s said earnings could decline “as much as 20 percent“ in 2018 due to increased investments investments in e-commerce, in-store technology and labor, Team Sports HQ and its private brands, as well as its expectations for continued gross margin pressure and approximately flat comp sales. Prior to the fourth-quarter release, Wall Street’s consensus guidance has been $2.77

Consolidated same-store sales are currently expected to be in the range of an approximately flat to low single-digit decline on a 52-week-to-52-week comparative basis, compared to a 0.3 percent decrease in 2017.