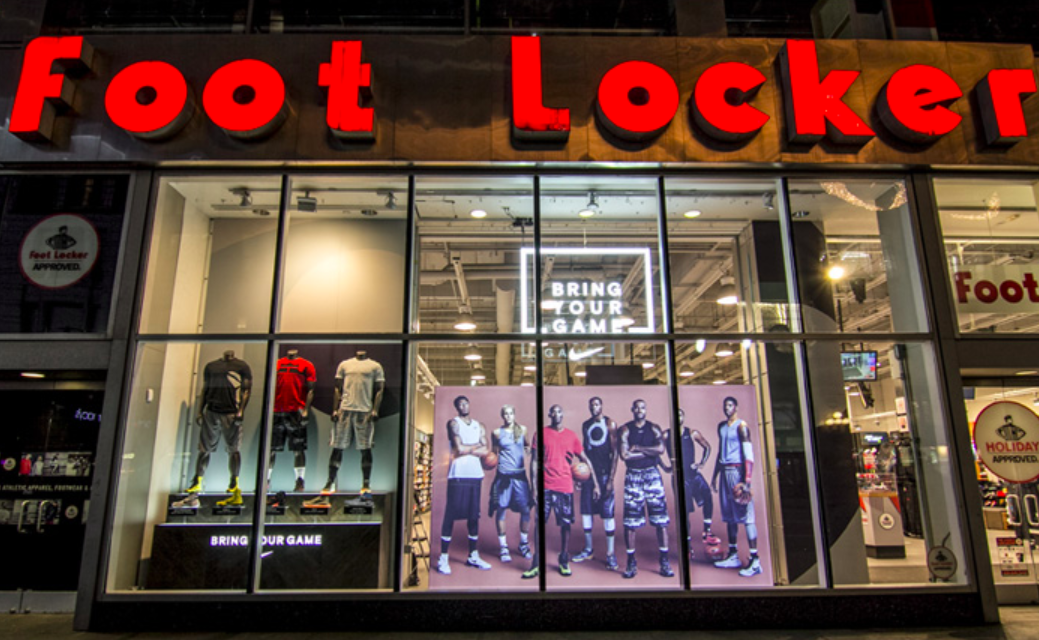 Foot Locker Inc. reported financial results for its fourth quarter and full year.  The company’s fiscal 2017 ended on February 3, 2018, reflecting a 14-week fourth quarter and 53-week year, compared to the 13-week and 52-week periods in fiscal 2016.  The additional week is not included in comparable-store sales results for the quarter or the year.

“The dramatic shifts influencing the expectations and behaviors of our customers continued to affect our business in the fourth quarter, just as they have throughout 2017,” said Richard Johnson, chairman of the board and chief executive officer. “That said, we remained a highly profitable company in 2017, even though our sales and profit results were not what we planned for going into the year. Looking ahead, with the product and other strategic initiatives we have underway, we believe we are positioned well, both organizationally and financially, to successfully transform our business to continue inspiring and serving an exceptionally dynamic youth culture, for generations to come.”

On a 14-week basis, the company’s gross margin rate decreased to 31.4 percent from 33.7 percent a year ago, reflecting the continuation of a highly promotional marketplace environment, and its SG&A expense rate increased to 19.1 percent from 18.7 percent in the fourth quarter of 2016.

The quarterly results this year included several one-time charges, all of which are detailed below in the accompanying reconciliation of GAAP to non-GAAP results. The two most significant adjustments were (1) $99 million of incremental tax expense, or $0.81 per share, due to the recently-enacted reform of the U.S. tax code, virtually all of which related to the levy for the deemed repatriation of offshore earnings and (2) a $128 million charge, pre-tax, or $0.66 per share after tax, related to the company’s ongoing pension litigation. This incremental litigation charge brings the total liability recorded for this matter to $278 million. In the prior year period, the company’s tax expense was affected by two non-recurring items, which together increased reported earnings by five cents per share. These prior year items are also noted in the GAAP to non-GAAP reconciliation below.

Sales for 2017 were $7,782 million, an increase of 0.2 percent, compared to sales of $7,766 million in fiscal 2016 and the most in the company’s history as an athletic business. Full-year comparable-store sales decreased 3.1 percent. Excluding the effect of foreign currency fluctuations, total sales decreased 0.5 percent.

“The efforts, passion and intensity of our global team of associates was every bit as strong this year as it was in recent years of record financial performance, perhaps even more so,” continued Johnson, “and I cannot thank them enough for their work this year.  We believe we are well-positioned to engage with our customers in ways they find meaningful as they seek to express their passion for the people, experiences and products that are important to them.”

The company currently expects a flat to up low single-digit comparable-store sales performance for fiscal 2018 and gross margins to begin recovering from 2017’s 31.6 percent rate, which fell 2.3 percent from the gross margin rate in fiscal 2016. Including the effect of elevated and accelerated digital investments, the company’s SG&A rate is expected to be approximately 100 basis points higher in 2018.

“The first quarter of 2018 will likely see the continuation of sales and margins in line with trends in the second half of 2017,” said Lauren Peters, executive vice president and chief financial officer. “However, we are confident that we will inflect back-to-positive comparable-store sales by the middle of 2018, with the pace of sales continuing to gradually strengthen in the second half of the year based on the improving depth and variety of premium products we see coming from our key vendors.  We also expect a double-digit percentage increase in annual earnings per share, with an effective tax rate in the 27 to 28 percent range and a lower share count both contributing to this performance.”

At February 3, 2018, the company’s merchandise inventories were $1,278 million, 2.2 percent lower than at the end of the fourth quarter last year.  Using constant currencies, inventory decreased 5.2 percent.

“The very strong inventory management performance by the company caused our inventory turns to improve for the full year despite top line pressures, and allows us the flexibility going forward to flow in the exciting product assortments we expect will fuel our business as 2018 unfolds,” added Peters.

The company’s cash totaled $849 million, while the debt on its balance sheet was $125 million. The company’s total cash position, net of debt, was $195 million lower than at the same time last year. The reduction in cash was largely due to the pre-funding of $150 million of the pension litigation liability just before the end of the year. This restricted cash is now reflected in Other Assets on the balance sheet.

“Our financial position remains strong, as are our connections to youth culture,” concluded Ms. Peters. “We announced last week that our Board of Directors has authorized another double-digit percentage increase in our quarterly dividend to $0.345 per share, and approved a $230 million capital expenditures program for 2018, both of which actions reflect the Board’s confidence in our ability to fund and execute the initiatives necessary to transform the business while also continuing to return cash to shareholders.”

During the fourth quarter, the company opened 28 new stores, remodeled or relocated 45 stores and closed 67 stores. As of February 3, 2018, the company operated 3,310 stores in 24 countries in North America, Europe, Australia and New Zealand. In addition, 98 franchised Foot Locker stores were operating in the Middle East, as well as 14 franchised Runners Point stores in Germany.