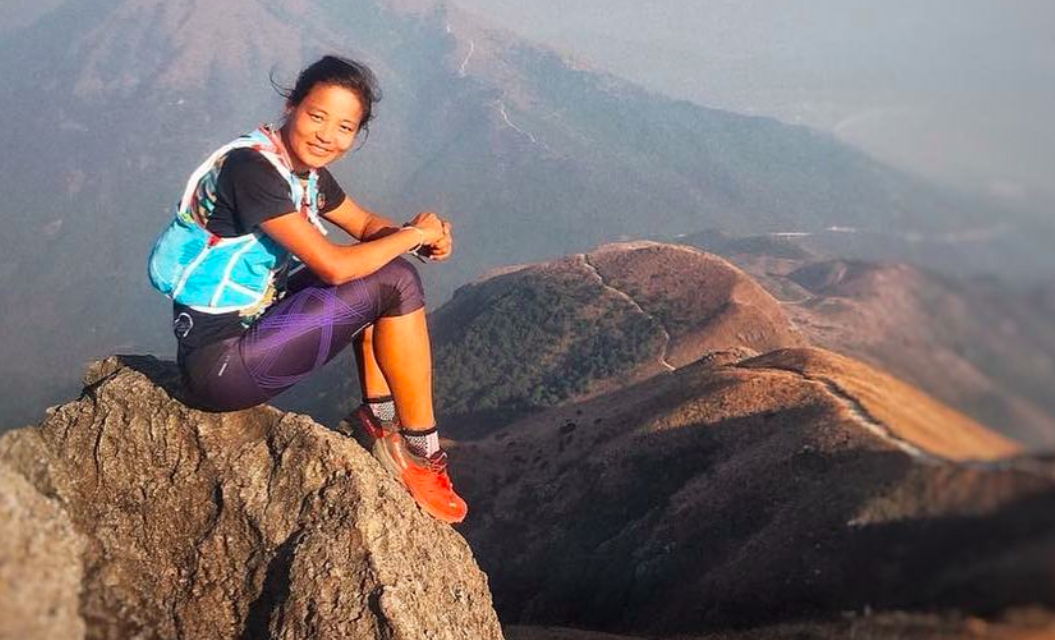 In 2018, Amer Sports’ net sales in local currencies as well as EBIT excl. IAC are expected to increase from 2017. Due to ongoing wholesale market uncertainties, the quarterly growth and improvement are expected to be uneven. The company will prioritize sustainable, profitable growth, focusing on its five strategic priorities (Apparel and Footwear, Direct to Consumer, China, U.S. and Connected Devices and Services) whilst continuing its consumer-led transformation.

We finished 2017 with a strong fourth quarter, driven again by our strategic acceleration priorities Softgoods, Direct to Consumer and China. We continued to accelerate growth in Fitness and Sports Equipment. We also continued to make Winter Sports Equipment stronger, with solid growth and improving profitability. At the same time, in a turbulent market, we did have challenges to drive target growth, especially in Ball Sports and Cycling, and work remains to re-ignite them.

2017 was the eighth consecutive year of growth and broad-based improvement for Amer Sports. The consumer shopping behavior is changing rapidly, calling for a commercial business model transformation. We have pursued this transformation proactively, as we have invested significantly into our commercial omni-channel transformation and direct consumer engagement, with focus on long-term health and value creation. However, in 2017, we also continued to create short-term value as we reached record results in three of our four strategic financial targets: record sales, record cash flow and strongest ever balance sheet.

We are looking forward to delivering our 2020 glidepath, and as part of that, another year of growth and improvement in 2018. 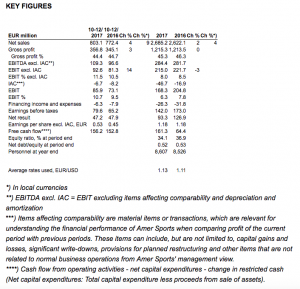 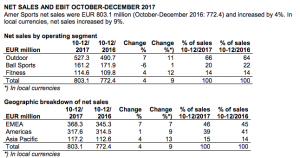 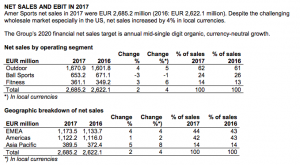 Gross margin excl. IAC was 45.3% (46.3). The decline was due to currency headwinds partly offset by improving mix, mainly through increased share of own retail and e-commerce sales of the Group’s total net sales. Operating expenses excl. IAC as percentage of net sales declined to 37.6% (38.2), driven by restructuring initiated in 2016 and right-sized investments into digital products and services. EBIT excl. IAC was EUR 215.0 million (221.7). Items affecting comparability were EUR -46.7 million (-16.9). Increased sales in local currencies had a positive impact of approximately EUR 46 million on EBIT while declined gross margin had a negative impact of approximately EUR 31 million. Operating expenses increased by approximately EUR 17 million, driven by investments into the acceleration of Arc’teryx and Direct to Consumer. Currencies and other income and expenses had a negative impact of approximately EUR 4 million on EBIT. EBIT was EUR 168.3 million (204.8). EBIT as a percentage of sales excl. IAC was 8.0% (8.5), including a slight dilutive impact from acquisitions. The Group’s financial profit target is to have annual EBIT growth (excl. IAC) ahead of net sales growth.