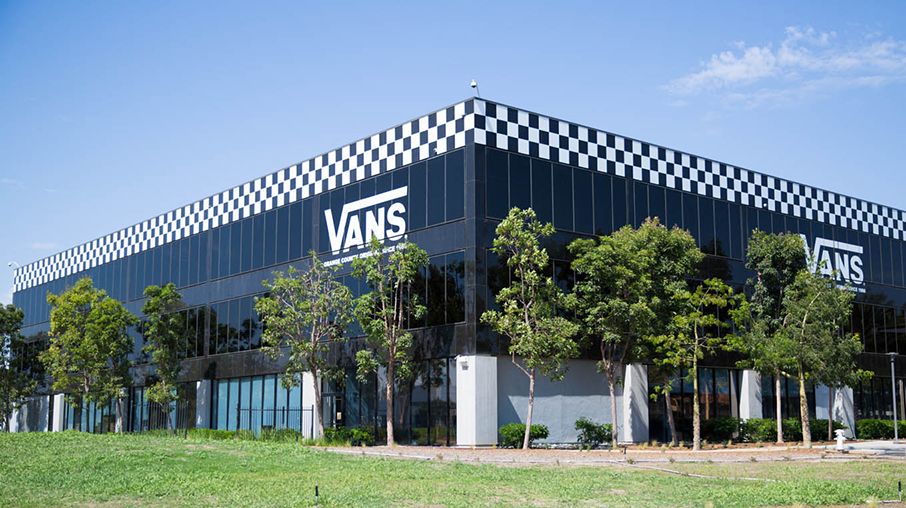 This month last year at its Investor Day, VF Corp. announced an ambitious sales goal for Vans, one of the “big three” brands in its expansive portfolio along with The North Face and Timberland.

Executives at VF—a multibillion-dollar corporation then based in Greensboro, NC, but which has since relocated to Denver, CO—said they were projecting and pushing Vans to generate compounded annual growth rate (CAGR) of 10 percent to 12 percent each year over the next five years to reach $5 billion in annual revenue by 2023.

“It’s not a number we take lightly,” Steve Rendle, chairman, president and CEO of VF, said during that September 12, 2018, investor meeting in Vans’ hometown of Costa Mesa, CA. “A lot of work has gone into understanding how that will come by region, by product category and by channel.”

The announcement was, in effect, VF saying that Vans will “go big or go home”—an appropriate action sports attitude that the parent company has worked to restore since buying the once-troubled brand in 2004 for $396 million.

“It’s an opportunity for us to rethink the trajectory of this business,” said Rendle, adding that the brand’s success to date—and its best shot of hitting $5 billion by 2023—is Vans’ management team, specifically “the quality of their knowledge, the connectivity they have as a team and how they are focused on a clear set of integrated strategies and capabilities that are driving this business.”

The brand appears to be on track. During the fiscal first quarter ended June 29, Vans drove VF’s Active segment with revenue growth of 20 percent, or 23 percent on a currency-neutral basis. The growth rate accelerates from the 18 percent currency-neutral growth seen in Q4.

“Our Vans business continues to perform well above its long-term growth target,” Rendle said on the Q1 earnings call with analysts.

And so VF continues to be bullish on Vans’ lofty goals. Rendle said VF remains “confident in Vans’ ability to sustain its trajectory above our long-term target.” VF raised its guidance for Vans for the current year and now expects 11 percent to 13 percent growth, up from low double-digit growth previously. Added Rendle, “The brand is well on its way to achieving its $5 billion target by 2023.”

Analysts have taken note of VF and Vans delivering on that goal from a year ago. Sam Poser of Susquehanna Financial Group LLLP last week wrote to investors that VF’s prioritization of Vans should start to ripple into the rest of VF’s portfolio, which also includes Altra, Icebreaker, Smartwool, Eagle Creek, Jansport and others.

“Management’s white-glove treatment of the [Vans] brand has helped establish a pull model which has led to the robust growth profile,” he wrote. “All of VFC’s actions around Vans reflect a willingness to prioritize brand sanctity over sales growth, which is essential for sustainable growth and the long-term health of any brand. Management has indicated Vans is the blueprint for brand management that all of the other brands in the portfolio have begun to follow.”

With VF following through on its Van gambit from a year ago, what’s in store for the 2019 VF Investor Day, taking place Wednesday in Beaver Creek, CO? Will VF announce a lofty sales goal for another one of its assets? Significantly raise guidance for the corporation or one of its brands? Provide clarity around future M&A activity?

The company, of course, is playing the day’s events close to the vest. “We look forward to updating you on the evolution of our strategy, financial model and TSR [total shareholder return] algorithm in more detail at our Investor Day this September,” CFO Scott Roe said on the Q1 earnings call.

But VF’s Investor Day on Wednesday “should be a positive catalyst,” Poser continued in his note. “Since the last Investor Day on March 17, revenue growth has averaged ~11 percent, ahead of the +6 percent to +8 percent revenue CAGR target (adjusted for the spin of the Jeans business and Williamson-Dickie acquisition). EPS growth, while more difficult to dissect over a two-year period when excluding the spin of the Jeans business and acquisition of Dickie’s, is likely tracking ahead of the +11 percent to +13 percent CAGR target. We are forecasting EPS growth of ~19 percent/~15 percent in FY20/FY21. Given the evolution of the portfolio (jettisoning of the low-growth Jeans business), revenue and EPS CAGR targets will likely be revised upward at the upcoming Investor Day.”

Poser added some additional notes of interest, including that VFC is likely to reiterate its 6 percent to 8 percent long-term revenue growth CAGR for The North Face, which is also enjoying some brand momentum.

“The Outdoor coalition/segment, in which TNF makes up ~50 percent of the revenue, has averaged ~6 percent revenue growth over the last two years; notably, VFC realigned its coalitions/segments beginning in 1Q19,” he wrote. “TNF is re-establishing its authenticity among on-the-mountain retailers and its core consumers. As the brand cachet is restored, TNF is getting consumer permission to expand into more lifestyle offerings, which allows TNF to broaden its assortments and attract more customers. TNF is beginning to innovate and bring fresh new product and technologies to market.”

Another potential topic for Investor Day is VF’s active pursuit of acquisitions, according to Baird analyst Jonathan Komp. The company’s purchases of Dickies, Icebreaker and Altra in the past two years, coupled with the completed spinoff of its jeans division and the near completion of the massive move from Greensboro to Denver, perhaps set the stage for more portfolio additions. The company clearly has the capital to make a large play in the active or outdoor segments, but can it find the right target?

Poser also discussed the possibility of M&A: “While we would be surprised if VFC unveiled a large acquisition at the upcoming Investor Day, we note that M&A continues to be a top priority for the company. We believe VFC will continue to be an active manager of its portfolio, though continue to remain disciplined in evaluating potential deals. Management has noted on recent earnings calls that the company continues to be biased to larger deals ($1B+) and focused on brands that are authentic, iconic, and have deep benches. However, management also indicated that smaller, tuck-in acquisitions that enhance capabilities of existing brands (i.e., the relatively recent Icebreaker and Altra acquisitions) are also possible.”

Other things to watch for Wednesday: