VF Corporation announced second quarter revenues were $1.49 billion, a decline of 11% compared with $1.68 billion in the second quarter of 2008, with foreign currency translation accounting for 3 percentage points of the decline.

Net income in the current quarter was $75.5 million compared with $104.0 million in the prior years quarter. Earnings per share declined to 68 cents from 94 cents, with over half or 14 cents per share of the decline due to higher pension expense and foreign currency translation impacts of 11 cents and 3 cents per share, respectively.

“Business remains undeniably tough across most categories, channels and geographies, but I am pleased that our largest brands – Wrangler, Lee, The North Face and Vans – continue to gain share in most markets,” said Eric C. Wiseman, Chairman, President and CEO. “While we see some signs of stabilization occurring, we remain very cautious about the outlook for consumer spending for the balance of the year. We will continue to plan our business conservatively while investing in our brands and maximizing every effort to gain market share.”

He continued, “Both revenues and earnings in the second half of the year should show a marked improvement from those reported in the first half, reflecting easier comparisons, initiatives to control our expenses and steps taken to capture new revenue opportunities. We are confident that VFs business model, built on a foundation of powerful brands, great diversity, a proven set of growth strategies and financial strength, is the right one for these difficult times, and one that will allow us to continue to build our competitive advantage in the months and years to come.”

Our Outdoor and Action Sports coalition reported another quarter of strong results, with revenues up 2% on a constant currency basis and down 2% on a reported basis. Global revenues of The North Face and Vans brands grew 4% and 14%, respectively, in the quarter on a constant currency basis. Revenues in the Americas businesses rose 3% while international revenues were up 2% in constant dollars, with a 32% increase in revenues in Asia.

Operating margins rose by more than one full percentage point in the quarter, despite our continued investments in retail, due to an increase in gross margins that reflect the strength of our brands.

Looking toward the second half of 2009, the company expects higher total revenues on both a reported and constant currency basis and further expansion in operating margins.

We continue to grow market share in our Wrangler mens and the Lee mens and womens jeans and casuals businesses. While our core Riders brand womens business also continues to gain share, a reduction in certain seasonal and plus-size programs impacted our domestic revenues disproportionately in the quarter. Also impacting results was a shift in the timing of shipments, as customers continue to tightly control flows of merchandise and inventories, and the loss of volume due to customer bankruptcies in 2008.

The company expects comparisons in the second half of 2009 for the global jeanswear business to improve over those in the first half, which were impacted by the factors previously mentioned that were specific to the second quarter.

They anticipate a mid-single digit decline in domestic jeans revenues in constant dollars in the second half, which is comparable to first half results. The company said the rollout of Wrangler brand denim shop-in-shops in the mass market channel and new programs such as the Lee brands Slender Secret line for women should also benefit comparisons. The impact from customer bankruptcies will also be slightly lower in the second half than in the first half, considering the timing of those bankruptcies in 2008.

Internationally, the company said second half revenue comparisons will continue to be difficult, with gains in the Asia business and improved comparisons in the Latin America and Mexico businesses being offset by declines in Europe, where they expect market conditions to remain weak.

On a reported basis, global revenues for the jeanswear business are expected to decline at a high-single-digit rate in the second half, while operating margins should remain strong, in the mid-teens.

Revenues of the Sportswear coalition, which includes our Nautica brand and the Kipling brand in North America, decreased 23% in the quarter, reflecting the continuation of very challenging department and outlet store trends affecting Nautica brand revenues.

Other factors contributing to the decline in Nautica brand revenues were a planned decrease in special programs in the off-price channel and our exit of the womens sportswear wholesale business in mid-2008. Lower operating income and margins reflected lower volumes and continued high levels of promotional activity at retail.

Customer bookings support better revenue comparisons in the second half of the year, with a mid single digit decline anticipated. The company also continues to expect that operating margins will improve to double-digit levels in the second half of 2009, a result of cost reduction actions taken in 2008 and significantly lower inventory levels that should result in lower markdown activity.

Conditions in U.S. upper tier department and specialty stores continue to be particularly challenging, with higher than expected inventory reductions by retailers impacting revenues. 7 For All Mankind global brand revenues declined 12% (or 8% on a constant currency basis) in the quarter, with declines in our U.S. wholesale and off-price channel business partially offset by double-digit growth in the international and direct-to-consumer businesses.

The company expects strong revenue growth in the second half of the year driven primarily by the addition of the Ella Moss and Splendid brands, as well as improved comparisons in the 7 For All Mankind brand as it benefits from new store openings and continued growth in the international business. Operating margins are expected to return to double-digit levels.

Total revenues of the imagewear coalition were 19% lower in the quarter, with comparable declines in both the image and licensed sports businesses. The image business has been impacted this year by sharp increases in unemployment in key sectors affecting our industrial and protective apparel businesses. Lower revenues in the licensed sports business reflected the difficult retail environment.

Operating income and margins declined reflecting the lower volumes, particularly those in the industrial and protective apparel businesses where profitability levels are higher than the coalition average.

Second half revenue and operating income results are expected to show improvement over those reported in the second quarter due primarily to easier comparisons in our Licensed Sports business versus the prior year period. While the company does not anticipate any near term improvement in employment levels in our key industry sectors, the rate of decline in our image business should moderate in the second half versus the first half. Total imagewear revenues in the second half are expected to decline at a high single digit rate, and operating margins should return to double-digit percentage levels.

VFs gross margins increased slightly to 43.9% from 43.8% in the quarter. Operating margins declined to 8.1% from 9.8%, reflecting a 140 basis point impact from the higher pension expense as well as the impact of investments to grow the retail business in this seasonally low period.

Our balance sheet remains very strong; cash and equivalents were $385 million and should exceed $600 million at year-end assuming no additional acquisitions this year. Inventories declined 9% from June 2008 and by year-end are expected to be more than 10%, or $100 million, below year-end 2008 levels. We continue to expect another year of strong cash flow from operations in 2009, which should exceed $750 million.

Second half revenue and earnings comparisons should improve relative to those of the first half, due to easier comparisons. Fourth quarter earnings comparisons should be the strongest, given the absence of restructuring actions that reduced fourth quarter earnings by 30 cents per share, the seasonality of the growing retail business and a lower impact from currency effects. However, currency effects will remain a significant impact in the third quarter, which is the largest quarter in both revenues and profits in the international business. In addition, last years third quarter benefited from 7 cents per share in favorable tax settlements.

The Board of Directors declared a cash dividend of 59 cents per share, payable on September 18, 2009 to shareholders of record as of the close of business on September 8, 2009. 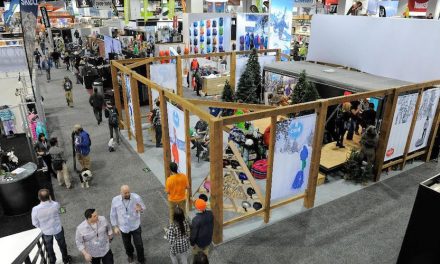