The U.S. Ski and Snowboard Association has named 60 different brands as suppliers to the U.S. Ski Team, U.S. Snowboarding and U.S. Freeskiing. The broad cross section of brands represent the leading companies in the skiing and snowboarding industry, who provide equipment and services to national team athletes and teams.

“Our strong athletic results combined with very positive growth within the ski and snowboarding industry in the last year has helped us to grow our supplier pool,” said the USSA's Chief Revenue and Marketing Officer Andrew Judelson. “These are companies not only committed to the scalability of our sports industry, but to the success of our USSA athletes.”

Suppliers provide specific equipment and services to national team athletes or teams in return for use of official supplier branding with appropriate Team logos. Supplier categories cover a wide range of products and services including specific equipment used by individual national team athletes such as skis, boots, poles, helmets and eyewear to official team uniforms, as well as team support products such as wax, equipment tuning tools, racing gates and panels and more.

Skiing and snowboarding are among the most equipment-intensive of all Olympic sports. Top athletes might be choosing from a quiver of two-dozen or more pairs of skis. Teams use over a ton of wax preparing skis and boards. And in a variable outdoor environment, equipment and clothing play a role in getting the best athletic performance.

“Our suppliers are a key part of athletic success,” said U.S. Ski and Snowboard Association Executive Vice President, Athletics Luke Bodensteiner. “And it's much more than just providing equipment – it's ongoing service plus research and development for the future, that combine to make a difference for our athletes.” 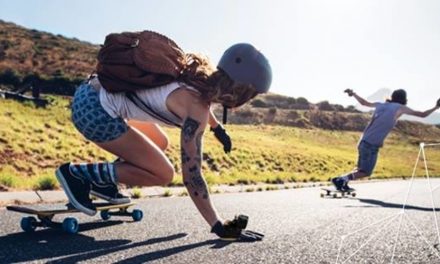 Selling Online: A Store Without Walls