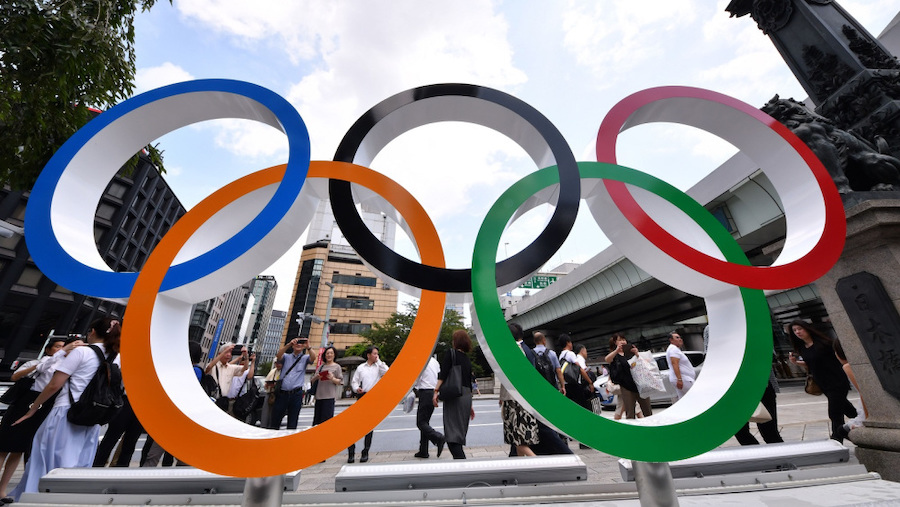 U.S. Olympic and Paralympic athletes will be able to thank personal sponsors, appear in advertisements for those sponsors and receive congratulatory messages from them during next year’s Tokyo Games under guidance released Tuesday by the U.S. Olympic and Paralympic Committee. Athletes’ personal sponsors will also be able to run generic ads during the Olympics.

Official partners will still maintain exclusive use of Team USA and Olympic Games logos and imagery.

“We are sharing an updated Rule 40 guidance that embraces the athlete perspective while honoring critical support USOPC, IOC and IPC partners provide for the Olympic and Paralympic movements,” said USOPC CEO Sarah Hirshland. “We worked to create a guidance that increases athlete marketing opportunities and, importantly, respects Rule 40 and affirms our commitment to providing value to our partners, and maintains funding and participation pathways for Team USA, and athletes around the world.”

“This updated Rule 40 guidance for Tokyo 2020 represents a really positive step for athlete marketing rights and is the result of a positive collaboration between the AAC, NGBC and the USOPC,” said Han Xiao, chair of the USOPC’s AAC. “This guidance enables athlete opportunities in an entirely new way and is a sign of great progress as we continue to work closely with the USOPC.”

Full guidance is posted at TeamUSA.org/Rule40. The USOPC is also inviting athletes to participate in upcoming information and education sessions. Athlete permissions can be requested at an online portal expected to be active in early 2020.

“The Rule 40 guidance for Tokyo 2020 is a progressive move forward, and reflective of a process that featured thoughtful feedback and important communication among the groups that make up the Olympic and Paralympic movements,” said Max Cobb, chair of the USOPC’s NGBC. “I look forward to seeing this guidance put into action for the upcoming Games, and working together to strengthen the movements for the benefit of all the athletes we celebrate.”

Rule 40 (specifically bylaw 40.3) of the Olympic Charter is an eligibility rule introduced by the IOC for the purpose of maintaining the unique and universal competitive environment offered by the Olympic Games. The rule helps ensure global participation at the Games, the funding of the Games and the long-term health of the Olympic Movement by maintaining the appeal of Olympic sponsorship at global and national level.

The IPC athlete marketing guidance is expected to be released before the end of 2019. Any necessary adjustments to the USOPC domestic guidance will be made at that time.

The USOPC’s new guidelines, issued Tuesday, follow similar changes overseas as athletes are seeking to secure a more professional standing in the multibillion-dollar operation the Olympics have become.

Gert Boyle Celebration Of Life To Be Held On December 5