The U.S. International Trade Commission (USITC) has launched the first of two investigations into the effect on the U.S. economy and U.S. jobs of intellectual property rights (IPR) infringement in China.

The investigations were requested by the Committee on Finance, U.S. Senate, in a letter received on April 20, 2010.

In its letter requesting the investigations, the Committee stated: “Despite widespread evidence of the harm to U.S. industries, authors, and artists resulting from IPR infringement in China, the U.S. Government has not conducted a comprehensive economic analysis of the effect of China's ineffective IPR protection and enforcement on the U.S. economy and U.S. jobs.” As requested, the USITC will deliver two reports to the Committee.

The first report, China: Intellectual Property Infringement, Indigenous Innovation Policies, and Frameworks for Measuring the Effects on the U.S. Economy, will describe the principal types of reported IPR infringement in China, describe China's indigenous innovation policies (under which China reportedly promotes the technologies and brands of Chinese companies over those of non-Chinese companies), and outline analytical frameworks for determining the quantitative effects of the infringement and indigenous innovation policies on the U.S. economy as a whole and on sectors of the U.S. economy, including lost jobs. The USITC expects to deliver the first report to the Committee by November 19, 2010.

Further information on the scope of the investigations and appropriate submissions is available in the USITC's notice of investigation, dated May 5, 2010, which can be obtained from the USITC Internet site (www.usitc.gov) or by contacting the Office of the Secretary at 202-205-2000.

USITC general factfinding investigations, such as these, cover matters related to tariffs or trade and are generally conducted at the request of the U.S. Trade Representative, the House Committee on Ways and Means, and the Senate Committee on Finance. The resulting reports convey the Commission's objective findings and independent analyses on the subject investigated. The Commission makes no recommendations on policy or other matters in its general factfinding reports. Upon completion of each investigation, the USITC submits its findings and analyses to the requester. General factfinding investigations reports are subsequently released to the public, unless they are classified by the requester for national security reasons.

Pro Ears Teams Up with OSP 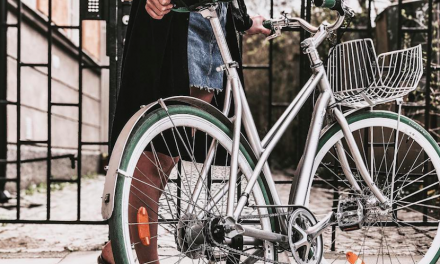