A bi-partisan group of U.S. Representatives have reintroduced a bill that would authorize states to collect sales taxes from remote sellers, but also greatly expand the small business exemption granted in a Senate version of the bill to give larger retailers more time to adjust.

The Remote Transactions Parity Act (RTPA), is the House companion to the Marketplace Fairness Act (MFA) introduced in the Senate in March.

The Senate passed a version of that bill in May 2013 on a bi-partisan vote of 69-27, but the House took no action, so the legislation failed.

Brick-and-mortar specialty outdoor retailers have been at a competitive disadvantage against remote sellers who do not always collect sales tax.

Outdoor Industry Association (OIA) supports the RTPA legislation because it will help level the playing field for all retailers in the industry, regardless of sales channel.

The bill does not create any new taxes nor does it increase existing taxes, but authorizes states to enforce their own tax laws on sales made in their own jurisdictions and streamlines the process from state to state.

The five states that currently do not collect sales tax would not be required to do so under the House bill.

Under RPTA, tax collection software is provided by the state, including set-up, installation and maintenance. The software must work in all qualified states.

The RTPA bill does differ from the Senate bill in two key aspects:

The introduction of RTPA reflects growing awareness among legislators and the judiciary about the need to address the disparity in sales tax collection between remote sellers and brick-and-mortar retailers.

This past March, Supreme Court Justice Anthony Kennedy suggested that, given the growth of internet sales, it was time for the Court to revisit past precedent that prohibits states from collecting sales taxes from out-of-state sellers that lack a physical presence in that state.

You can learn more about this important legislation at www.efairness.org.

OIA will be working hard to help this legislation pass and we will keep you posted on this matter. 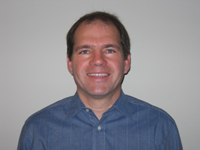