“In the third quarter, we reported our highest revenues in our 11 year history, and in the fourth quarter, we beat that record once again,” stated Kevin A. Plank, Chairman and CEO of Under Armour, Inc. “The 55% growth in the top line for the quarter was matched with significant improvements in gross margin, and the strength of our business reflects our continued ability to connect with the athlete and to create innovative products that drive demand. We continue to grow our core product offering while at the same time leveraging our on-field authenticity to enter new product categories. Our successful launch of baseball and softball cleats is the latest manifestation of that strategy.”

Growth in apparel revenues accelerated in the quarter, increasing 43.2% over the prior year. The Compression and Training categories continued to drive revenue growth across the Men's, Women's, and Youth businesses as the Brand gained additional space on retail floors. Apparel revenues also benefited from an increase in average selling price as the Company expanded the breadth of its product offering.

Gross margin for the quarter increased to 50.6% compared to 48.7% in the prior year, primarily driven by benefits from the Company's sourcing initiatives as well as an increased percentage of sales in higher margin product. Selling, general and administrative expenses were 37.5% of net revenues in the fourth quarter of 2006 compared to 34.0% in the same period of the prior year. Marketing expense for the fourth quarter was 12.6% of net revenues compared to 8.6% in the prior year due to continued opportunistic investments made to support the Brand.

Net revenues for the year increased 53.2% to $430.7 million from $281.1 million in 2005. Net income increased 97.7% to $39.0 million compared to $19.7 million in the prior year, within the range of the Company's previously provided outlook of $38.5 million to $39.5 million for the year. Diluted earnings per share was $0.79, on weighted average common shares outstanding of 49.6 million compared to $0.36 per share on weighted average common shares outstanding of 39.7 million in 2005. The Company received a $3.3 million benefit to net income, or $0.07 per diluted share, as a result of the impact of state tax credits previously disclosed by the Company.

Apparel revenues grew 42.5% in 2006 due to increased strength in the Men's, Women's, and Youth businesses. The launch into footwear contributed $26.9 million to net revenues for the full year.

Mr. Plank added, “We are proud of our accomplishments in our first full year as a public company. We continue to move consumers away from cotton by educating them on the benefits of technical performance apparel. Our apparel revenue growth accelerated in 2006, growing at 43% for the year compared to 35% in the year prior. This growth has allowed us to invest in the future of our company, and we will continue to make key investments to evolve the category of performance in apparel and footwear and to tell the performance story to consumers across the globe.”

The Company has previously stated its long-term growth targets of 20% to 25% for the top and bottom line. Based on the continued strength of the Brand and its ability to extend product scope and distribution, the Company believes 2007 net revenues and income from operations will exceed the long-term targets.

“While we have achieved outstanding financial performance since becoming a public company, we believe the greatest opportunity for the Brand lies ahead, which is why we continue to invest in new markets and product categories,” stated Wayne Marino, Executive Vice President and Chief Financial Officer of Under Armour, Inc. “Our business fundamentals are in place, and we will continue to invest in the company to drive our top line growth, while maintaining the necessary discipline to deliver results on the bottom line. We remain focused on creating value not only for our consumers but our shareholders as well.” 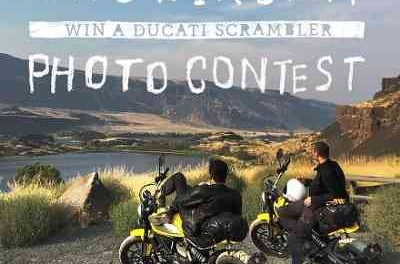