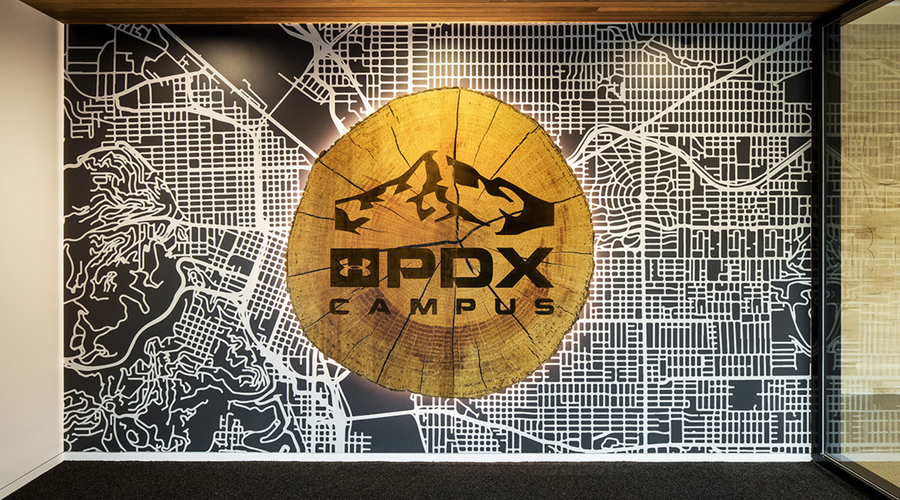 Under Armour unveiled a new center for performance innovation in Portland, OR, bringing footwear design and development under one roof. The innovation hub includes a forward-looking biomechanics lab and performance training center for athlete testing.

The Under Armour Portland office (UA PDX) is home to the design, development and innovation teams – about 100 employees – that will be working on the company’s next generation of Basketball, Running, Training, Golf, Sportstyle and Outdoor footwear. The 70,000-square-foot building sits in Southwest Portland adjacent to the recently refurbished Duniway Park, and at the site of a former YMCA facility.

A video is the facility can be SEEN HERE.

UA PDX was created to condense and accelerate the footwear and apparel design process by connecting designers and developers with an innovation team and athlete performance analytics in real-time and around the world.

Under Armour has also begun to establish roots in the Portland community beyond the UA PDX facility. The company played a role in refurbishing and updating the sports fields, running tracks and trails at Lents and Duniway Parks in downtown Portland.