In the Bicycle Components segment, net sales from this segment increased 4.1 percent from the same period of the previous year to ¥143.6 billion, and operating income decreased 3.0 percent to ¥28.6 billion.

Shimano said in its statement, “In Europe, good weather conditions from the beginning of spring supported favorable retail sales of completed bicycles, mainly sport E-BIKE, and distributor inventories of bicycles in Europe remained at an appropriate level.

“In North America, although total retail unit sales of completed bicycles had been sluggish from the start of the year, the sales amount remained at the same level as the previous year due to improved weather from the latter half of March and also owing to a favorable sales environment, mainly for high-end bicycles. Distributor inventories remained at an appropriate level.

“With regard to the other emerging markets, in South America, the Brazilian market continued to recover, while the Argentine market remained stagnant due to the effects of currency depreciation. Distributor inventories remained at an appropriate level except for the Argentine market.

“In the Japanese market, despite overall good weather conditions, sales of high-end sports bicycles were sluggish. Meanwhile, as the shift to sports-type cross bike and E-BIKE for commuting to work and school further progressed, unit sales decreased, but sales unit prices increased.

“Distributor inventories were slightly high. Under these market conditions, disc brake components for high-end road bikes and the SHIMANO STEPS sport E-BIKE components were well received in the market in continuation from the previous year.”

In the Fishing Tackle segment, sales from this segment increased 4.2 percent from the same period of the previous year to ¥38.2 billion, and operating income increased 8.0 percent, to ¥5.47 billion.

Shimano said, “In the Japanese market, sales remained solid as the warm and stable weather conditions from the start of the year continued, during Golden Week as well, and led to an increase in the number of visitors to retailers.

“Overseas, in the North American market, sales were solid as the firm economy provided support. In Europe, although sales were sluggish in countries on the continent, in the UK the market picked up and sales were favorable. In Asia, particularly in China, sales were favorable thanks to the continued high popularity of sports fishing. In Australia, good overall weather led to growth in sales, mainly at mass retailers.

“Under these market conditions, sales in Japan increased compared to the previous year as sales of high price-range reels, including new products, remained robust. Overseas, sales on the whole exceeded the previous year’s level owing to strong lure-related product sales.”

Shimano revised its outlook for the year: 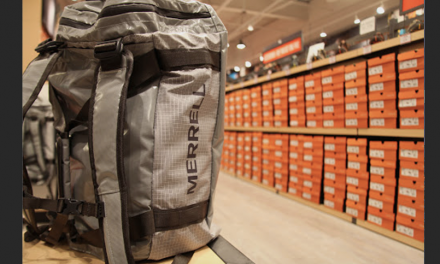