Tom Cove was recently appointed EVP of SGMA International and will become SGMAs President and CEO February 1, 2005. From 1991 to 2004, Mr. Cove served as VP of Government and International Affairs for SGMA.
Mr. Cove spearheaded the soccer industrys globally recognized program to eliminate child labor in Pakistan. He has led industry efforts to revitalize the Land and Water Conservation Fund and Urban Park and Recreation Recovery program, generating more than $100 million annually for parks, ball field and trails infrastructure spending.

Mr. Cove serves on the U.S. Commerce Departments Industry Sector Advisory Committee (ITAC-4) and the Treasury Departments Advisory Committee on Child Labor. He serves on the Board of Directors for USA Football, American Recreation Coalition, Theodore Roosevelt Conservation Partnership, DEA Museum Foundation, and Americans for Our Heritage and Recreation, and on the advisory board of the Childrens Charities Foundation.

SEW: Its been about 60 days since the announcement that you will succeed John Riddle as CEO of SGMA International in January 2005. Can you give us an update on the status of the transition?

TC: We are probably about 75% through the thinking phase on the transition and about 10% through the implementation phase. I cant really say weve made too many changes, but weve got our time frame more or less set.

Im going to make a presentation about the transition to our board in October and will present more on strategic vision in January at the show.

SEW: Do you have an update on the status of the move or personnel?

TC: We will effect the move to here (DC) from Florida sometime after the show and probably in the Spring time. We are going to hire several new people from both inside and outside the industry. Thats going to be a pretty significant part of the transition due to pretty significant staff turnover.

Most of the SGMA people that live in Florida dont want to make the move. Its really their choice as much as anything. Were going to take the opportunity to do a bottom up and side to side assessment on how we use our resources.

SEW: Last time we talked you called the changes at SGMA more of an evolution rather than a revolution. How do you see evolving?

TC: First, we need to look at our limited resources and make decisions about how we balance our traditional trade association functions against our ability to do new programs. We have to continue to look at “what do we do best” and how can we serve the industry.

We look at our market research and think we do a pretty good job there. We want to upgrade our ability to get in front of the consumer media to promote the sporting goods industry. We have to talk about how we as a trade association can be a leader in talking about doing a better job about selling sporting goods.

SEW: You have said that your appointment was a clear decision by the organization to take a more Washington-focused role going forward. Can you elaborate a bit more on your vision here?

TC: I see our Washington policy operation really growing going forward. One thing we are going to do is protect our base. We have really carved out a wonderful place in the area of physical activity and physical education with great partnerships with PE4Life and others. And we have tremendous cache with certain important members of congress who want to make physical activity their issue.

The whole concept of promoting physical activity is going to be a cornerstone in our policy efforts. We can build on the successes of PEP.

SEW: You mentioned new programs and initiatives that you see pursuing. What is on the top of your list?

TC: We will certainly look at workplace health initiatives. What if businesses got a tax break for developing fitness programs? That would help businesses save a lot of money while promoting better health. The other key areas will be in high school athletics and promoting health and wellness programs for seniors.

SEW: Our cover story this week focused on the SGMA Participation Study which highlights the decline in team sports participation. What is your thoughts in the area of high school athletics ?

TC: One area we see as a good area for fruitful discussion is creating something just below varsity athletics. Theres a lot of talk about it right now. Kids drop off from organized sports around 13 years of age. Much of it is due to increased competition for fewer positions at fewer schools with bigger school populations. Its hard to get a spot on that team if you arent a star. Theres plenty of kids that would still love to play. This is clearly an area where weve got to do better.

SEW: How does Nikes efforts in promoting physical education coordinate with your initiatives or that of PE4Life?

TC: Were pretty well coordinated, but theres a line between a brands interest in promoting their own programs and generating the opportunity for those brands to support broader initiatives. My responsibility is to acknowledge the first and offer the second. Nike has been very active with us on PE initiatives, including providing athletes for our lobbying efforts. Reebok does the same.

SEW: These initiatives seem to be more focused on the end consumer. How do you see SGMA better serving its membership?

TC: We arent going to lose sight of the fact that we work for a business organization. We are in the business of promoting the sale of sporting goods. Were not going to go save the world for all good things, but were going to take the opportunity to promote big picture ideas. If that drives the industry in the end, thats the mission.

SEW: SGMA added “International” to its name a couple of years ago. Your initiatives seem to hit closer to home. Will you keep the International?

TC: We are definitely keeping the International. We are an international industry. We are very much an industry without borders. From a policy perspective, we dont like tariffs, and the lower the tariffs around the world, the better for everybody. The international side is very important to us.

Id also like to see us be much more aggressive on the trade issue. Most of our members would like to sell goods outside the U.S. We have to look at how we can help our smaller members on policy issues. We have really only focused on the big picture issues like China and Europe. It really comes down to resources. We should be an advocate for our small and mid-sized members when it comes to policies and standards issues.

SEW: The industry is obviously quite curious about the future of Super Show. Will we see any fundamental changes in the show in January?

TC: Youll see some positive changes in January. We are trying to generate more buzz for the people that are there. People want an event, somewhere to convene as an industry.

We will have parties, we will have some places for people to socialize so theres a better sense that you can meet people you cant throughout the year. We dont have the kind of press we used to have.

Were very excited about the tennis initiative that was driven by Jim Baugh. It will be a real outreach to the specialty shops. Head and Prince are committed and as you know, people tend to follow once the bigger guys are committed. Well test it in Tennis and then go from there.

Apparel a Bright Spot for adidas-Salomon… 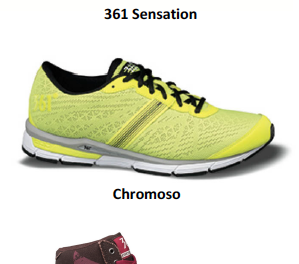