Phil Knight, Nike Inc.’s chairman emeritus and co-founder, said he is “proud” of the way his company has handled recent allegations of sexual harassment and discrimination, according to a CBS report.

“Sales and earnings are growing, but we did have a shock within the last couple of months that a certain number of managers were bullying employees, and it was a shock to me personally and to a lot of the upper management,” Knight told the network. “And it’s disappointing as well as a shock. It’s very disappointing, but I am proud of the company and the way it responded to the problems that it saw, and it’s basically cleaning house for those people.”

Here’s an abbreviated timeline of the company’s recent problems:

May 8 – Five senior managers at Nike Inc.—Steve Lesnard, Helen Kim, Simon Pestridge, Tommy Kain and Ibrahem Hasan—have left the company, according to a report in the New York Times.

May 3 – Mark Parker, CEO of Nike Inc., held a company-wide staff meeting at the company’s headquarters to apologize for allowing a culture where staff members were excluded and workplace complaints of inappropriate behavior were dismissed, according to The Wall Street Journal.

April 30 ­– Amy Montagne became the new VP, GM of global categories, replacing Jayme Martin, who was among the first executives to leave Nike after allegations of inappropriate workplace behavior surfaced.

April 20 – Susquehanna International Group lowered price target for Nike shares to $59 from $62 due to heightened risks at the company following the senior-level departures in recent weeks after allegations of inappropriate workplace behavior arrived.

April 16 – Antoine Andrews, Nike’s VP, diversity and inclusion, has left the company, according to Bloomberg.

Click here for all of SGB’s coverage of Nike. And look for more coverage of the footwear and apparel giant’s executive departures—and how the brand is being affected—in next week’s SGB Executive. 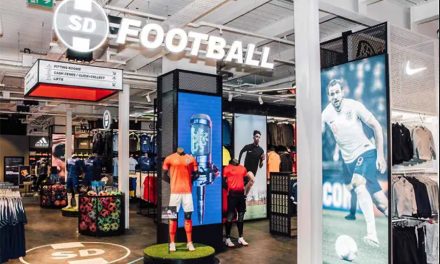 AND1 Selects Sites for Remix Tryouts