Reebok Gets into MLB Game…

After missing out on the Major League Baseball deal last August that netted exclusive apparel and headwear deals for seven companies, Reebok International took the next best approach and inked a multi-year deal with MLB to provide footwear for players and on-field personnel with its 30 teams beginning in 2005.

Terms of the agreement, which also allows Reebok to develop and market footwear products for MLBP in other product categories, were not disclosed. The agreement will not affect players or other team personnel that have contracts with other footwear companies.

The Reebok MLB Authentic Collection product line, which includes both baseball and softball footwear, will feature the MLB silhouetted batter logo and will be exclusively promoted and marketed by Reebok.

Reebok has the exclusive apparel contracts with the NFL and NBA.

Notre Dame Switching from Adidas to Under Armour 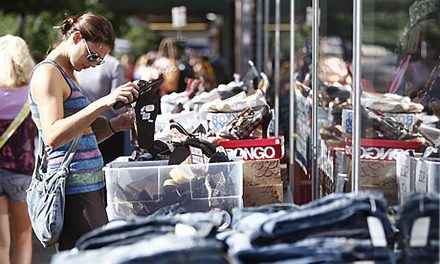