Quail Unlimited will be moving its national office from Edgefield, SC, to Albany, GA, and its new offices will be built on property being donated by Phoebe Foundation, the philanthropic arm of Phoebe Putney Memorial Hospital.

The land lease agreement will allow QU to build on eight acres in the southeast corner of Potter Community Center’s nearly 50-acre property.

“This [relocation] is for the benefit of all the members of QU across this country, the great QU volunteers, our great staff, and for our youth who will hopefully carry on the wise habitat and stewardship principles and practices, that QU strives to teach and share with our youth,” said organization President Bill Bowles, a native of Albany.

He said while the organization’s single-story national office building is under construction, the organization will be moving into a building near the Phoebe’s campus that the hospital will make available to QU for two years.

“A lot of people have told me that QU is coming home and that we are bringing the organization to where the quail are. For many generations, Albany has been called the Quail Hunting Capital of the World,” Bowles said. Bowles said the first discussions with Phoebe and top Albany officials began in late summer and that the “conversations just went from there.”

Phoebe CEO and President Joel Wernick said the Potter Community Center was the first gift given to the Phoebe Foundation in 1989 and that QU and the property were made for each other: “Potter’s is a location that was assembled by multiple plantation owners as a gathering place to hunt quail, host dog trials, and for other community activities,” Wernick said.

“Potter’s was a gift to us that was born from the passion for hunting, and specifically quail hunting, of its founders. Leasing it to Quail Unlimited just made sense – it is equal parts tradition and common sense.” Wernick said he was first approached by Albany Mayor Willie Adams about bringing Quail Unlimited’s national headquarters to the Good Life City after the mayor learned of the organization’s need for a new home. Phoebe CEO Joel Wernick said, “QU is one of those great volunteer organizations” and that the organization will prosper within Dougherty County:

“People here have invested the time, money, and man-hours into making quail hunting here what it is, and we are thankful that Quail Unlimited can make its new home here,” Wernick said. Bowles said QU is excited about the prospects for its new home and is grateful to those who helped bring the idea to fruition: “QU is humbled and thankful that this relationship has been formed we look forward to the first of the year when we can officially call Albany home.”

QU will celebrate its 30th anniversary in 2011 and its 25th annual Conservation Celebrity Event is set for Jan. 13-15 at many prestigious plantations. 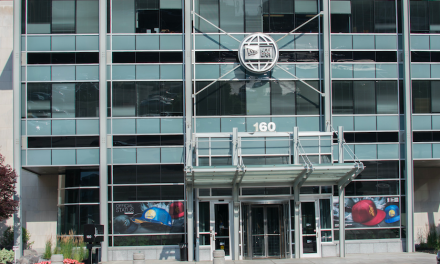