Shifting climate and changing paradigms are driving winter advocates to Washington, led by the footprint of lobbying collective Protect Our Winters (POW).

After a half dozen lean snow seasons across the West and the uncertainty of Godzilla El Niño calling for record precip and droughts alike, it’s easy to get discouraged about what climate change has in store for the ski industry.

However, with the recent announcement of the landmark Clean Power Plan this year, for the first time we have a comprehensive national strategy to not only understand and explain the ramifications of a shifting climate, but to educate the next generation on finding lasting solutions.

The team at lobbying collective Protect Our Winters (POW) has been influential in not only bringing this plan and its potential impact to the attention of lawmakers in Washington, but also in building a grassroots awareness campaign in mountain towns across the country. After all, the fifth grader who sits in a school assembly watching Caroline Gleich ski steep lines in Chamonix, and Brody Leven tackle frigid pow in Svalbard – while gaining education on weather and climate – may just be the future inventor of new energy technology or become an influential leader a decade from now.

We sat down with Chris Steinkamp, POW’s executive director, just before their latest trip to Washington DC with members of the Riders’ Alliance to discuss some of the programs POW is investing in on both local and national levels. Their efforts with the Clean Power Plan fold into the larger Climate Action Plan, enumerated by the Obama administration in 2013.

This plan details everything from changing emissions standards on coal and other fossil fuels to involving the international community in research on climate change impacts. Steinkamp’s rallying call through all of POW’s programs follows a “think global, act local” mentality. There has to be a balance between large campaigns that affect national policy, and local activities like working with states and counties to invest in better transportation infrastructure, energy efficient construction and renewable energy.

Foremost among POW’s local outreach programs are the Hot Planet Cool Athletes school assemblies. Launched in 2012, these assemblies allow kids in schools across the country to meet professional snowsport athletes and learn about how they can make a difference in their communities. Caroline Gleich, one of the Riders’ Alliance pro members, detailed their efforts: Since 2011, POW has reached more than 45,000 kids. They have not only raised awareness but put together a Powder Grant system for schools to take action on local energy initiatives such as building composting bins at a high school in Madison, WI, and human powered bicycle charging stations at the Vail Ski and Snowboard Academy in Colorado.

Caroline Gleich joined POW in D.C. last winter to speak with Administrator Gina McCarthy from the U.S. EPA on how to best fight climate change.

On the political front, POW’s advocacy program is growing every year. Rather than going with the typical Washington Beltway route and hiring professional lobbyists, POW brings athletes and industry advocates out to interface directly with Congressional committees, environmental officials and think tank working groups. Some of their latest visits even involved an online townhall with Gina McCarthy, administrator of the Environmental Protection Agency. While these meetings with political leaders have led to big results in the Clean Power Plan, athlete Julian Carr stressed that getting the public caught up in the climate fight is just as important. His eloquence when speaking about shifting our entire paradigm on energy production and public transportation is electrifying. Of primary importance to him is not just cleaning current emissions but finding the next generation of innovators and inventers.

The stress on the planet may not have reached the point of no return, and even small, local actions make a difference on a scale measurable globally. Whether you’re a mountain town ski bum who chooses to drive a hybrid, an investor bringing funds to energy developers, or an educator getting students excited about climate science, you are doing work that affects us all. That is POW’s most important message: be the local difference.

POW believes in rebuilding the way we think about how we power our society. If we can get even one high school student excited to study in a climate-related STEM field, or encourage a few more skiers to carpool or take the bus, then we are back on track to seeing more powder days again. That’s a goal we can all get behind.

Austin Parker is a US Army veteran, part time gear junky and full time skibum. If you can’t find him on the skin track up Little Cottonwood Canyon,he is probably spending time with his wife and three dogs playing somewhere on the trail. His work has appeared in GearPatrol, The Manual, MOTUS, SGB, and Active Junky. 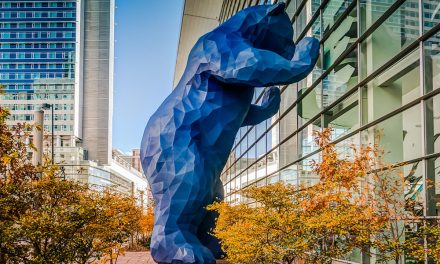 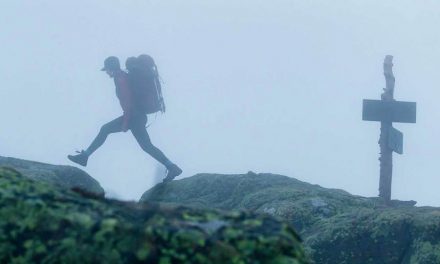 Mystery Ranch Fall 2019 … Backpacks For Your Next Mission

Plan and Pack Your 2016 Trip of the Year: Cape Town, South Africa