For Dr. Paul Langer, a regular columnist for Performance Sports Retailer, running plays a central role in every aspect of his life. Professionally, as a member of Minnesota Orthopaedic Specialists, P.A., in Minneapolis, MN, Langer specializes in biomechanics, sports medicine and foot disorders. Outside of clinic hours, his schedule is jam-packed with speaking engagements, lectures and volunteer contributions. Langer is a clinical advisor for the American Running Association, an associate of the American College of Foot and Ankle Surgeons, and has served on the medical staff for the Twin Cities Marathon and the 250-kilometer Gobi March in China. On a personal level, Langer has completed 21 marathons and an Ironman Triathlon event.

Langer comments, “Running is what led me into a career in medicine, so Im lucky in that I can tap into my passion in my job. Running gives me credibility within the sports medicine community.”

As a profession, podiatrists are becoming more involved in running than ever before. “In fact, the American Academy of Podiatric Sports Medicine has approximately 700 members, many of whom are very involved in treating runners, lecturing to running clubs, and reviewing running shoes,” says Langer. “Despite great advances in medical knowledge and technology, runners are still as vulnerable to injury as they were back in the late 1960s when running shoes were relatively primitive by todays standards.”

According to Langer, major vendors are discovering that traditional beliefs about footwear design may be changing.

“The so-called benefits of cushioning and motion control are seriously being called into question with some of the newer research,” notes Langer. “In the next few years, we may see a revolution in running footwear-likely footwear that, instead of cushioning our feet or trying to control our feet, may actually allow our feet to absorb impact in a very efficient, natural manner.”

Langer also believes there are exciting times ahead. “I think we are reaching a crossroads. There could be a revolution in footwear. The shoe companies are working on proprietary technology that they arent willing to share yet. But I think shoe companies have realized that cushioning in and of itself is not something that is as important as once believed. Even the ability to control the foot inside the shoe with things like medial posts are concepts that are not doing what we thought they might be able to do,” he explains.

Langers running lifestyle started in college as a way to lose a few pounds, but he soon realized other benefits. “Aside from the obvious physical benefits, the mental toughness that running fosters is my personal favorite benefit,” he says. “Sometimes, I feel like I gain more from a tough race where I had to gut it out than a race that went my way and I ran a good time.”

After completing 21 marathons, Langer can empathize with his patients. “One of the reasons that I love endurance sports is that you can always find ways to challenge yourself, and it is possible to improve with age. I ran my fourth-fastest marathon (3:16) after 14 years of running and after turning 40. I used to be annoyed by the older guys I ran with who complained about how sore they got and how it was harder to recover from tough workouts. Now Im one of those guys,” he exclaims.

Langers personal and professional experiences influence both parts of his running life. “My professional experience has influenced my training and shoe selection. Now, I work more on my core strength and cross-training than when I used to only run and focus more on stretching,” he says. “As for shoes, I used to run in the cushiest shoes I could find, but the biomechanics research and my clinical experience has convinced me that there is a cost to cushioning.”

After a day at the clinic, Langer puts on his ASICS DS Trainers and heads for the hills. Even during tough Minnesota winters, running outside is definitely his preference. “I have never been a treadmill runner,” says Langer. “I think my longest treadmill workout was 20 minutes and even then, I nearly lost my mind. My favorite solo run is a trail run with my dog, Ripley, six to eight miles with some nice hilly terrain thrown in. The muddier the better.”

Langer spends two evenings a week at Marathon Sports in Minneapolis talking with customers about shoe and fit issues. In local races, he often sees fellow runners who could benefit from his experience and expertise. “I cant help but to do gait analysis on runners both while Im training and when racing,” he notes. “I never offer unsolicited advice, but I do see plenty of runners who could benefit from shoe or insole changes. A lot of what I have learned from my own running, sports medicine and training I apply to my patients. They like the credibility that I bring to the conversation.”

Looking ahead, Langer sees exciting times. “It seems like we are at the verge of something. There is a big lag between what the research shows and what the shoe companies are delivering. The less-is-more concept is something that will be explored a little more.” 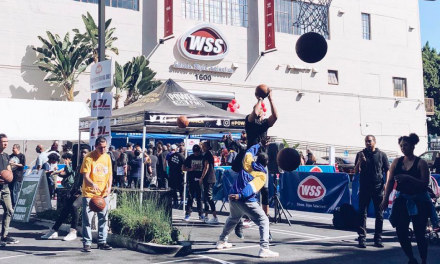 Buck Knives Names 2013 Sales Rep and Agency of the Year