Salt Lake City, UT — The Petzl Foundation has recently awarded $1,000 grants to three Utah nonprofits; Salt Lake Climbers Alliance, Joe’s Valley Bouldering Festival and Catholic Community Services of Utah. The organizations were nominated by Petzl America staff who are directly involved in the nonprofit. Roody Rasmussen, the Petzl Foundation Project Director for North and South America said, “Paul Petzl created the Petzl Foundation as a means of giving back to the communities that have enabled Petzl to grow, prosper and forge stronger relationships with Petzl employees.” 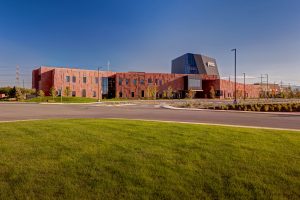 The Catholic Community Services of Utah assists multiple vulnerable populations including refugee, homeless and impoverished individuals and families. Nearly everyone assisted in the three counties that CCS serves is low-income. Arthur Debowski, a Demand Planner, started volunteering with CCS last year and is, “excited for CCS Refugee Services being awarded this grant and am happy that the money will be able to help over 600 refugees in our community in the coming months.” 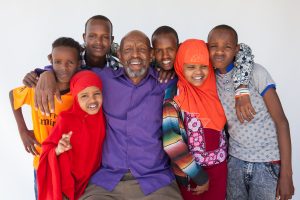 The Salt Lake Climbers Alliance serves as the universally recognized voice of climbers in the greater Wasatch region by engaging as an advocate to protect outdoor climbing access and to maintain sustainable climbing resources. Keith Luscinski, the Petzl Technical Institute Manager, has “been involved with the Salt Lake Climbers Alliance since 2014 and has seen the organization’s scope and undertakings grow rapidly. This grant from the Petzl Foundation will help supply its trail crew with new rigging equipment to safely move rocks and build trails.” 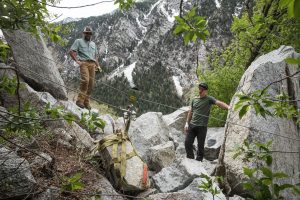 The Joe’s Valley Bouldering Festival is the only nonprofit climbing festival in the country. Founded six years ago, the festival aims to bring together Emery County locals with climbers from around the country. Sam Heim, Media Specialist for the Professional Division, started volunteering with the festival earlier this year and nominated the nonprofit. “This grant will give the festival an opportunity to work with groups like the National Abilities Center and Brown Girls Climb with an aim to diversify the festival attendance and encourage any person regardless of background to experience the world-class bouldering of Joe’s Valley.” 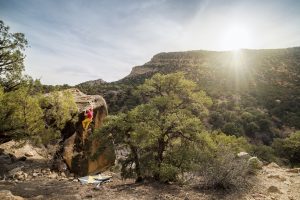 About Petzl: For over 50 years, Petzl has developed innovative tools and techniques used by those who work and play in the vertical world. A family-owned business, Petzl is committed not only to quality and innovation but also to giving back to the communities that have made it so successful.

About Petzl Foundation: Since 2006, the Petzl Foundation has supported worldwide projects that focus on accident prevention, conservation and scientific research. The Petz Foundation supports non-profit organizations through financial and equipment grants, as well as consultation and training.