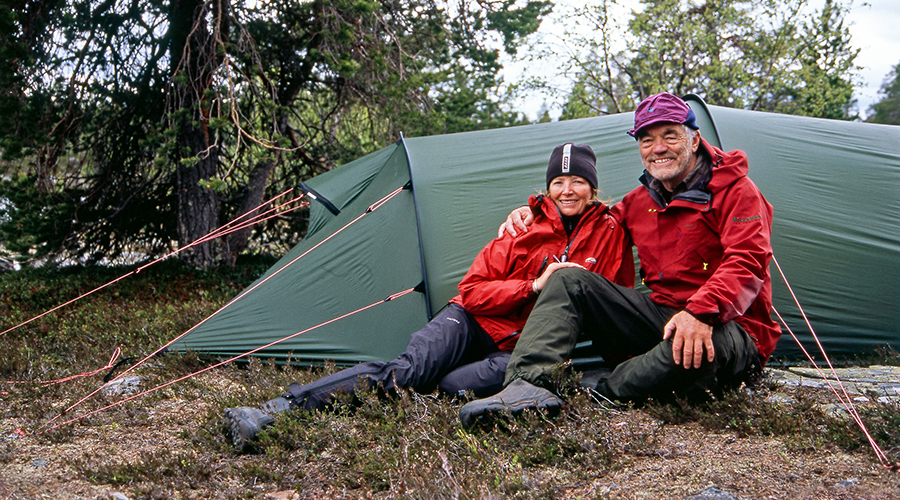 2021 marks Hilleberg’s 50th Anniversary of making tents for outdoor adventurers, well-known for their strength, ease of use and function-first construction.

Founded in 1971 by Bo and Renate Hilleberg, Hilleberg is one of the few outdoor companies that has focused exclusively on only one category of product—tents and shelters. “Even when many outdoor companies began diversifying their product lines, we felt that specializing in one product category, and really doing that to the best of our abilities, was the best way for us,” said Bo.

Hilleberg has remained steadfast in its specialization and rigorous approach to quality. With its first tent, the company pioneered linked outer and inner tent construction, allowing for simultaneous pitching. In 1975, Hilleberg was the first to use silicone-coated fabrics in its outer tents. “To achieve our goal of building the highest quality tents,” said Bo, “from the beginning we have always taken a function-first approach—chosen the best materials, made sure every detail had a purpose and that it performed as it should and maximized the tent’s margin of safety, the ‘insurance’ we build into in our tents that helps protect from unforeseen occurrences and user mistakes.”

An integral part of Hilleberg’s quality comes from its company-owned and operated manufacturing hub. “When we moved production out of Sweden in the late 90s, we purposely chose to keep our manufacturing in Europe,” he said. “We chose Estonia because we knew that it would allow us to maintain the high quality we wanted. Not only is Estonia close to Sweden, meaning less travel time, but it also has a very similar culture and history of skilled textile manufacturing.”

Renate Hilleberg had created the original production system in Sweden, and the company uses the same method in its facility in Rapla, Estonia. “The system Renate created scaled-up perfectly,” he continued. “We started with two sewers in our first facility in Frösön, Sweden, and today we have around 60 tent makers in Estonia in our own facility and in the select contract operations we have chosen to work with.”

From its beginning, Hilleberg was a family business and remains so today. Bo continues to lead product development and is Chairman of the Board. Renate, who led the production team until 2010, consults on prototyping and serves on its Board.
Their children, Rolf and Petra, remain an integral part of the company. Rolf is the Managing Director of its European operation and continues to serve on the Board. Petra is the CEO of the Hilleberg Group, which oversees the entire business and is also President of its European and U.S. operations.

“I am both profoundly lucky and proud to be able to call Bo and Renate my parents,” said Petra. “I am deeply grateful that they entrusted me with their life’s work, and I do my utmost to carry on that legacy every single day. Their sheer determination to build the most functional, strongest and most useable tents of the very highest quality has never wavered. To go from simple paper drawings and a sewing machine in the attic to have built an entire development and manufacturing system, and to have produced many innovations that have become standard on other brands’ tents and to have created a loyal, engaged and happy customer base all around the world, is an immense accomplishment.”