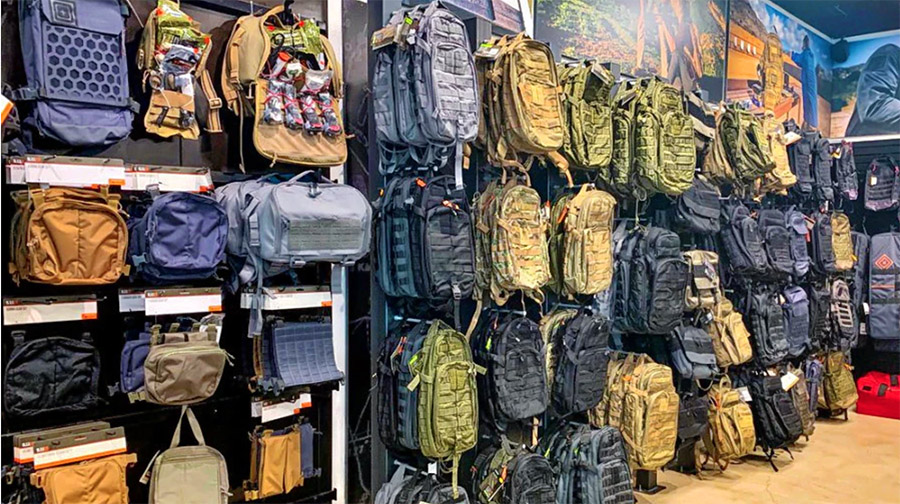 The nationwide demand for prepping products helped 5.11 Tactical perform ahead of the expectations that parent company Compass Diversified Holdings LLC (CODI) laid out for the brand in the first quarter.

During the period, 5.11 notched 27 percent EBITDA growth from the same quarter a year ago. And while the tactical gear brand and retailer closed most of its locations to consumers near the end of March, it remained open for essential workers such as first responders battling the COVID-19 pandemic.

With 5.11’s stores closed to the general public, retail channel sales numbers have been significantly impacted—down about 50 percent in April—but the brand’s e-commerce site has seen 100 percent growth in April from the same month last year while revenue in its direct channels of 511tactical.com and its retail stores are up mid-single digits on a month-to-month basis over the prior year.

“5.11 has moved rapidly to cut costs to align the expected temporary demand drop, however, it will continue to invest in certain growth initiatives that enhance consumer experiences and accelerate its digital efforts,” CODI CEO Elias Sabo told analysts on Thursday afternoon’s earnings call. “We continue to believe that 5.11 is positioned to emerge from this crisis stronger than before as consumers adopt the preparedness mindset consistent with 5.11’s mission statement to always be ready. We continue to believe 5.11 will be transformational to the entirety of Compass.”

5.11 began 2020 with a surge of momentum. The previous year marked an important milestone for the brand that CODI bought in 2016 for $400 million.

Those accomplishments were attributable to a heightened focus on growing 5.11 through a comprehensive omnichannel strategy and steady investment up and down the brand over the previous two years. Sabo said CODI has been, and remains, especially bullish on the brand, and CODI is pumping capital into 5.11’s storefronts and IT systems to “enhance consumer experiences across their numerous channels.”

“The prospects for 5.11 are strong, and we intend to make additional investments throughout 2020 to further accelerate 5.11’s growth,” Sabo said in February. “We believe the company has significant white space and a long growth runway, and we will look to continue to invest in 5.11 to create even better consumer experiences across our channels. We have high conviction that 5.11 has transformational potential for our shareholders, and we will continue to invest to maximize the potential.”

Companywide, CODI reported net income for the first quarter of $4.9 million on revenue of $333.4 million, which was a 1.6 percent decline from the same quarter a year ago and missed expectations by $3.6 million.

Liberty’s Safe’s EBITDA was up 66 percent in the quarter Q1, 2020 from the year-ago period.

Pat Maciariello, COO, said Liberty Safe secured distribution with a large farm and fleet customer in mid-2019 that is benefiting the first half of 2020. Said Maciariello, “Liberty’s products remain in high demand given the current level of uncertainty, however, many of the brick-and-mortar stores closed in April, negatively impacting performance. Despite the store closures, Liberty continues to experience solid demand and as expected to outperform Q2 of last year.”

Velocity Outdoor’s EBITDA was down 28 percent in Q1, although the performance was better than expected as demand for airgun product accelerated in March. Maciariello noted that the business was expected to see financial headwinds through most of 2020 as a result of the restructuring that began in mid-2019. He said, “The restructuring efforts are proceeding as planned and the management team under Kelly Grindle and Tom McGann is performing extraordinarily well.”

Look for more on CODI in our next monthly M&A Roundup, which will discuss the company’s recent acquisition of Marucci Sports.