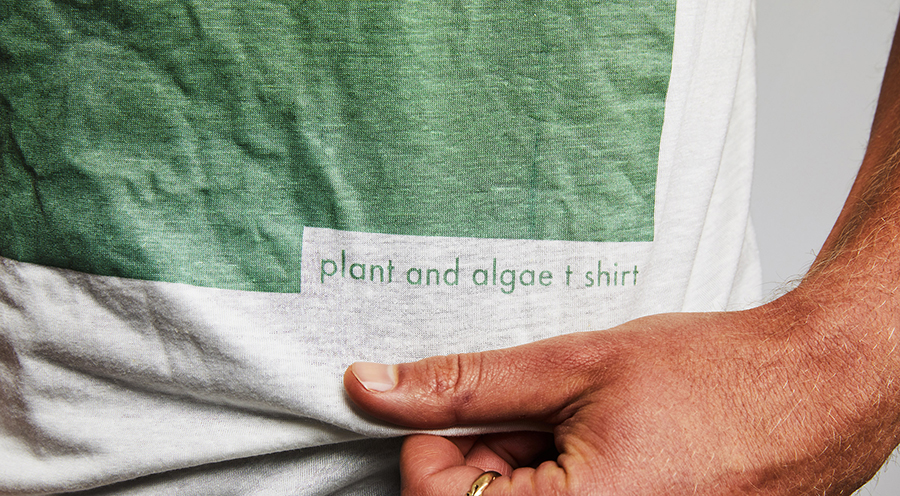 Vollebak uses science and technology to make the future of clothing happen faster.

The three-year-old outdoor brand, Founded by twin brothers, designers and athletes Nick and Steve Tidball, shown below, create outdoor clothing that no one else has—or is bold enough to try. 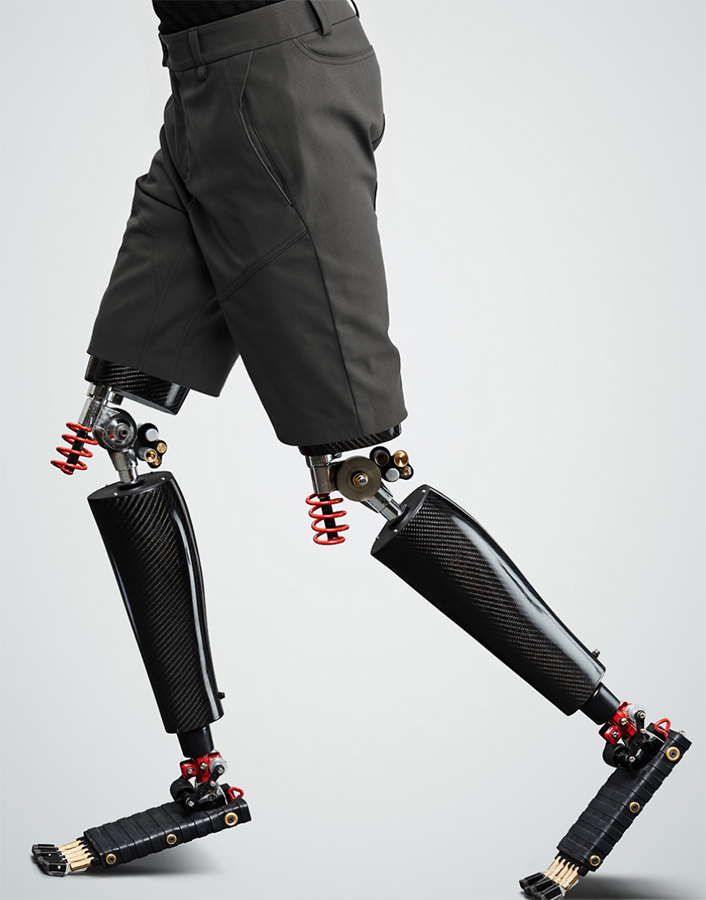 In 2018, the duo manufactured several ground-breaking apparel pieces—the Graphene Jacket, the 100-year Pant, shown right, built to withstand fire, nature, and water for a century, and a Shirt for all “510 million square kilometers” on Earth’s surface. 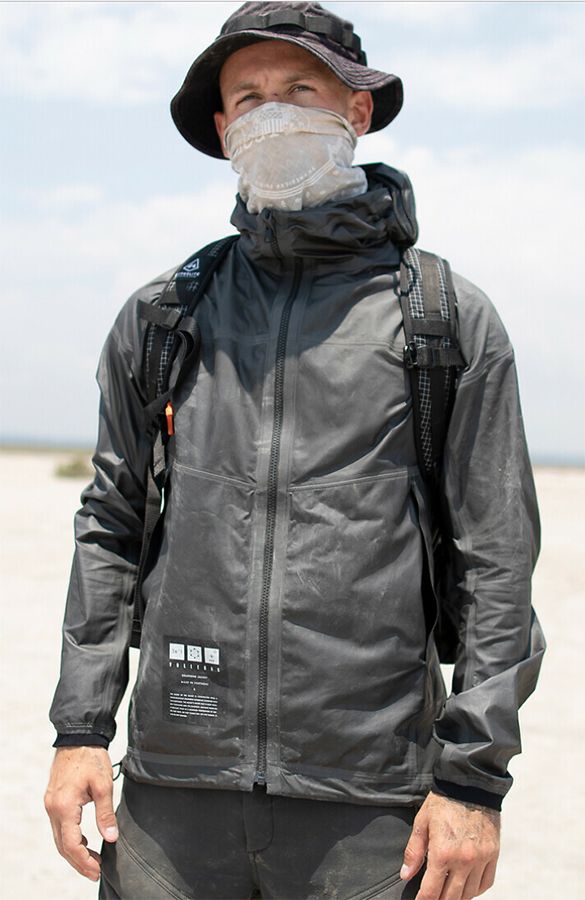 The Jacket, shown left,  went on to win Time Magazine’s Best Invention of 2019, Wired’s Gear of the Year and Fast Company’s Innovation by Design Award.

Their gear takes you where no gear has gone before.

The brothers recently launched a T-shirt, shown in the lead photo and below, made entirely from pulped eucalyptus and beechwood, (sourced from sustainably managed forests—which is chipped and pulped before being turned into fiber, then yarn and finally fabric), and algae grown in bioreactors in a process that turns the aquatic plant into a printable ink. The shirt will break down in soil or in a composter within three months. 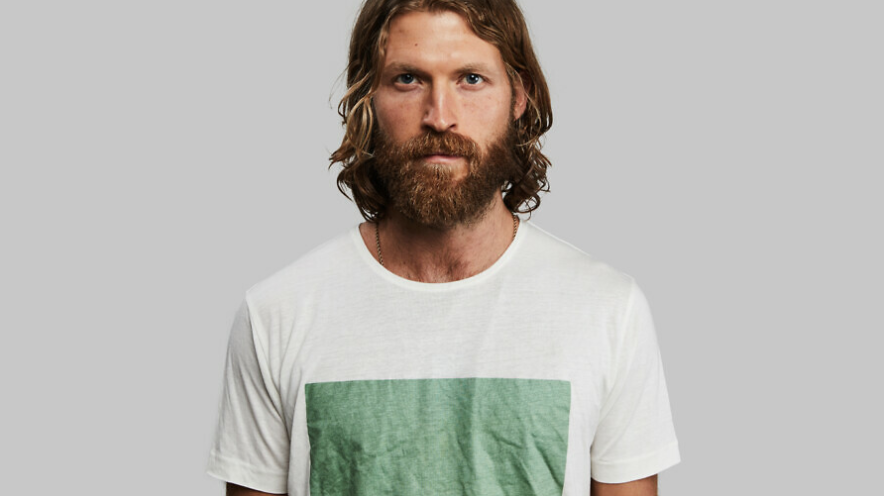 The front of the T’s green block design is made entirely from printable algae ink by passing water from the bioreactor through a filter that separates out the algae, leaving a “soupy” algae paste. The residue is then dried in the sun to create a fine powder, before being mixed with a water-based binder to make the algae ink. 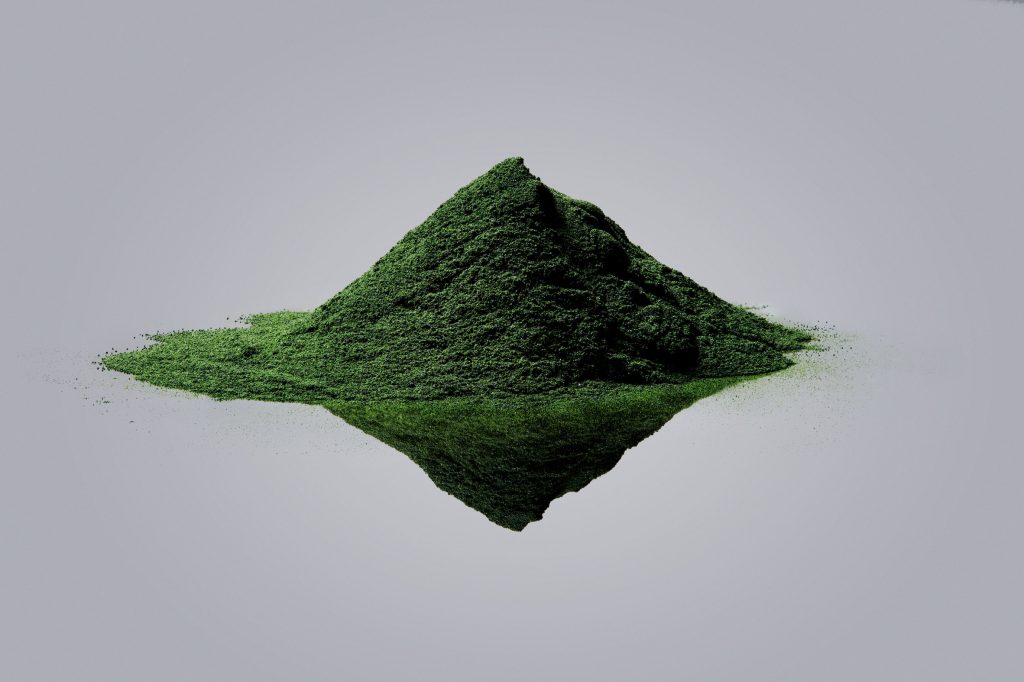 Algae can’t survive once it’s removed from the water, so the algae on the T-shirt is no longer alive, and because it started life as a plant rather than a chemical dye, the natural pigment in algae is more sensitive and won’t behave like color normally does on clothing. As soon as it comes into contact with air it starts to oxidize, which means the green will begin to change color and the Tee may look different from one week to the next as it fades, making for a unique shirt.

Once the T-shirt reaches the end of its life, it can either be put in a compost bin or buried in the ground, where the brothers claim will decompose within three months. Watch the process here or click on the still shot below.

As the Plant and Algae T-Shirt is made from nature, it doesn’t end its life like any other piece of clothing. When you’ve finished with the t-shirt it biodegrades if planted in the ground or in compost in 12 weeks and turns into worm food. The rate at which the shirt decomposes is based on the environment and the heat it comes in direct contact with. The hotter the conditions, the more bacteria and fungi it’s exposed to, the faster it will disappear.

Once decomposed, the matter becomes worm food same as dead plants, grass or leaves found on the ground putting wastefulness and pollution out of fashion.

As the original source of all plant life on the planet, algae consumes carbon dioxide, produces up to 80-percent of the oxygen on Earth and holds the key to our survival. 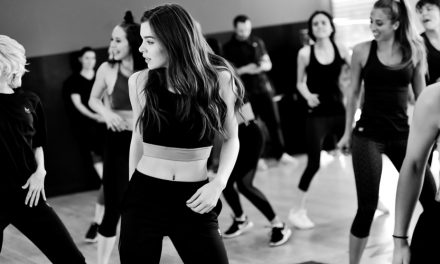 Can Hailee Steinfeld Be Mission’s Rihanna? 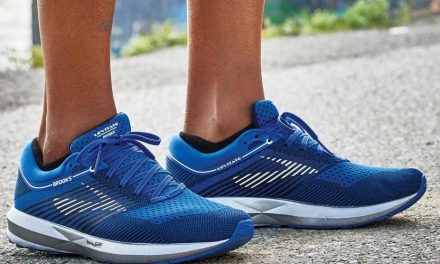 Item Of The Day: Brooks Amps Up The Energy With Levitate 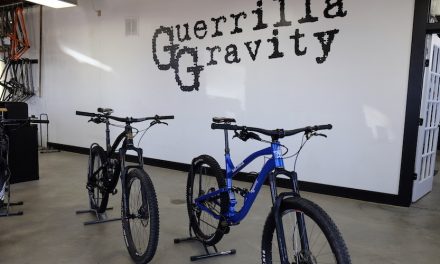 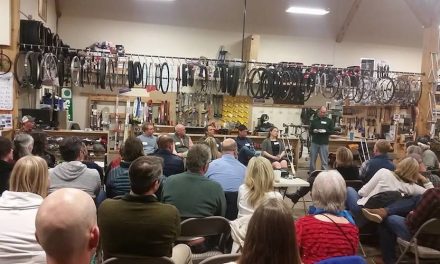 Oregon May Get Its Own Outdoor Recreation Office