J. C. Penney Company, Inc. reported that comparable department store sales increased 2.3% for the month of February, while total department store sales increased 3.6%. Comparable store sales exceeded previous guidance for sales to be flat to up slightly, and compare with a sales increase of 5.9% in last year's February period. The western and southeastern regions of the country continue to outpace the company average, with the best divisional performance coming from fine jewelry, family shoes and home. Additionally, sales reflect a positive customer response to new brand launches, including a.n.a, Miss Bisou, Studio, Solitude and Rule by Steve Madden.

Direct sales increased 4.5% during the period, better than previous guidance for sales to be flat to up slightly. The sales increase comes on top of a 6.4% increase in the February period last year. Internet sales through www.jcp.com continue to represent the fastest growing sales channel and increased about 24% in February.

The JCPenney Experience to Debut on Times Square

On March 3, 2006, JCPenney will open the “JCPenney Experience” store, a showcase for its private and exclusive brands, at One Times Square (42nd Street and Broadway) in New York City. Visitors from around the world will find an exclusive assortment from the spring collections of the company's private and exclusive brands such as: The Original Arizona Jean Co.; nicole by Nicole Miller; Bisou Bisou by Michele Bohbot; nick(it) by Nick Graham; Solitude by Shaun Tomson; and Chris Madden for the JCPenney Home Collection, among many, many more. Shoppers will be able to buy merchandise in the store at interactive kiosks, which feature more than 250,000 skus available on www.jcp.com. The opening of this virtual store coincides with JCPenney's exclusive retail sponsorship, for the fifth year in a row, of the Academy Awards telecast airing on March 5. The company's three-week Broadway stay will run through March 26. 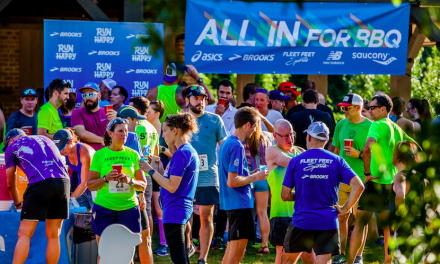