Payless Holdings, the parent of Payless ShoeSource and Collective Licensing International (CLI), announced that W. Paul Jones has been named chief executive officer. Jones was most recently chairman, president and chief executive officer of Shopko Stores, a $2.7 billion mass merchandiser providing quality products and health services at great values in small to mid-sized markets. Jones will be based in Topeka and will join the company in an official capacity on October 22, 2012.

Jones, 51, is a seasoned and distinguished industry leader with more than 25 years of management experience in the value retail segment. At Shopko, Jones spearheaded the brand's successful repositioning, the acquisition and conversion of Pamida – a smaller footprint, rural retailer – to a new small market business format, Shopko Hometown, and the launch of Shopko's e-commerce platform. His prior career highlights include serving as the Vice President of General Merchandising of Sears, where he played a key role in the reinvention and turnaround of the $2.3 billion Men's and Children's apparel business. Prior to Sears, Jones was Senior Vice President of Merchandising of Kohl's Department Stores, which opened more than 450 stores nationwide during his tenure. Jones began his career at May Department Stores.

Josh Olshansky, Managing Director at Golden Gate Capital, said, “Paul is a proven CEO in the value retailing industry and a seasoned merchant leader with a deep understanding of budget-conscious consumer habits and trends. His merchandise savvy, demonstrated track record of increasing profitability and passion for the value retail segment make him the ideal person to lead Payless Holdings and maximize its future potential.”

Neale Attenborough, Operating Partner at Golden Gate Capital, added, “After spending significant time with Paul, we believe his collaborative leadership style will fit perfectly with Payless' outstanding management team. Michael Massey and the entire Payless leadership team have shown exemplary stewardship of the company during the strategic review process. We are confident that the company has unmatched executive leadership – across any industry – and is well-positioned to take advantage of the tremendous opportunities for Payless and CLI, both domestically and overseas.”

David Chung, Partner at Blum Capital, said, “Paul is a world-class addition to Payless management, a dynamic and team-first leader whose experience, leadership style and personal qualities will help drive value creation at Payless over the long term. We are delighted he has agreed to join the company, and could not be more excited for what the future holds under his leadership.”

Jones added, “I am thrilled to join the Payless team and help drive this global brand's future success. I have had the pleasure of working with Payless for several years through a strategic partnership with Shopko and have a deep appreciation for the power of the Payless brand. Based on the solid foundation and successful value-oriented strategy established by the talented Payless management team, Payless and CLI have numerous opportunities for growth, and I am committed to realizing them with the team's help. Working together with the company's management and its dedicated employees, we will build upon this company's bright future. I am particularly excited to partner with Golden Gate Capital, who has a proven track record for adding value in the retail sector, and with Blum Capital, who has a long history with Payless.”

On October 9, 2012, Golden Gate Capital and Blum Capital Partners announced that they completed the acquisition of the operations of Payless ShoeSource and Collective Licensing International from Collective Brands, Inc.

Golden Gate Capital and Blum Capital were assisted in the recruitment of Mr. Jones by Herbert Mines & Associates.

W. Paul Jones has served as Chairman, President and Chief Executive Officer of Shopko since 2007, where he has overseen the brand's successful reinvention and the 2011 merger with Pamida, in addition to launching the company's e-commerce platform. From 2007-2009 Jones was President and Chief Merchandising Officer at Shopko, where he was responsible for all merchandising, private brand development and sourcing, marketing and planning & allocation activities. From 2004-2005, he served as Vice President of General Merchandising of Sears, where he played a key role in the reinvention and turnaround of the $2.3 billion Men's and Children's apparel business. From 1997-2004, Jones worked at Kohl's Department Stores Corporation, where he was Senior Vice President of Merchandising, working with management to define and execute the merchandising strategy during a period of explosive growth for the company. During his tenure at Kohl's, the company expanded from 150 stores and $2.3 billion in sales to over 600 stores and nearly $12 billion in sales – the fastest and most successful growth in the retail industry over the past decade. From 1986-1997, Jones worked at Foley's Department Store and Meier & Frank Department Store, both divisions of May Department Stores Company (acquired by Macy's, Inc. in 2005). Jones holds an undergraduate degree in Business & Finance and Economics from Mount Saint Mary's University and an MBA from the University of Oregon.

Payless Holdings is one of the world's largest family footwear specialty retailers with over 4,300 stores globally, and is comprised of Payless ShoeSource and Collective Licensing International. Collective Licensing International (CLI) is a global brand development and licensing company that specializes in building, launching, licensing and growing brands, including Airwalk(R), Above The Rim(R), Clinch Gear(R), Vision Street Wear(R), SIMS(R), Lamar(R), LTD(R), World Snowboarding Championships(TM) and Hind(R) brands. 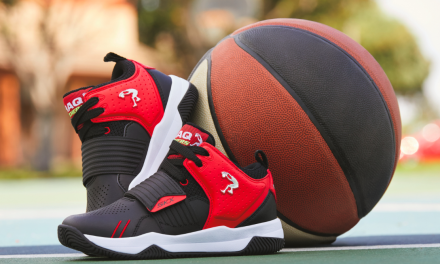