R.G. Barry Corporation Chairman of the Board Gordon B. Zacks, a businessman, author and lecturer who grew the small company founded by his parents into the world's largest developer and marketer of soft, washable slippers, died today at his Bexley, Ohio home following a brief illness. He was 80.

Zacks joined his family's business in 1955 after attending Dartmouth College and graduating from The Ohio State University. He joined the Board of Directors in 1959 and was named company president in 1965. He added the roles of chairman of the board and chief executive officer to his resume in 1979. Following retirement from his day-to-day management roles in 2004, he was named the Company's non-executive chairman of the board, a post held until his death.

“Gordon lived an amazing life and faced each day and every challenge with a passion and joy that infected all those around him,” said RG Barry President and Chief Executive Officer Greg Tunney. “He was a sharing mentor to many, including me. His entrepreneurial spirit, vision and guidance will be sorely missed by all who knew and worked with him.”

Recognized as an authority on the qualities of leadership, Zacks was a frequently sought after speaker and conducted leadership seminars globally, including at Harvard's Kennedy School of Government and Business School; Fisher College of Business at OSU; The George Bush Presidential Library Center for at Texas A&M; the Fox School of Business at Temple University; and TED X at Claremont-McKenna College.

He was author of two books. 2006's In Defining Moments  Stories of Character, Courage, and Leadership he profiled remarkable leaders who have made the world a better place through character, courage, and leadership and the soon to be published Redefining Moments in which he addressed the end of life.

Throughout his life, Zacks was active in many local, state and national and international charitable, political and religious endeavors.

He served on the Dean's Advisory Board at the Fisher College of Business at The Ohio State University and was Chairman of the Florence Melton Adult Mini-School, which provides high quality, pluralistic adult Jewish education in over sixty cities in four countries, with over 30,000 graduates.

He was a member of the Young Presidents Organization and the Chief Executives Organization. He served as general chairman designate of the National United Jewish Appeal and was a founding member and past chairman of the UJA Young Leadership Cabinet. His political activism helped lay some of the groundwork for the American Israel Public Affairs Committee (AIPAC).  He was also a co-founder of the United Republican Jewish Coalition.

Zacks worked with three U.S. presidents and five Israeli Prime Ministers, and his political involvement reached its highpoint during the Reagan and Bush presidencies. He declined nominations to an ambassadorship in the Reagan/Bush Administration, and a Cabinet post during the Bush/Quayle Administration, in order to serve as unofficial advisor and confidant to Vice President and then President George H.W. Bush on Israeli/American relations, the Middle East Peace Process, Soviet Jewry, Ethiopian Jewry, and the political landscape of the American Jewish community.

He traveled to over 100 countries throughout the world and made over 100 trips to Israel and the Middle East during his life.

Zacks was a recipient of numerous awards including the 1990 T. Kenyon Holly Humanitarian Award from the Two-Ten Footwear Foundation; the 1998 Alumni Community Service Award from the Ohio State University Fisher College of Business; and the 2002 State of Israel Bonds Menachem Begin Leadership Award.

He was preceded in death by his wife of 57 years, Carol Sue; parents, Aaron Zacks and Florence Zacks Melton; and brother, Barry. Survivors include daughters Kimberly and Catherine (Michael) Gildenhorn and three grandchildren.
Services are planned for 2 p.m. Monday at Tifereth Israel, Broad Street, Columbus. RG Barry's corporate offices will close at noon Monday in memory of Mr. Zacks. 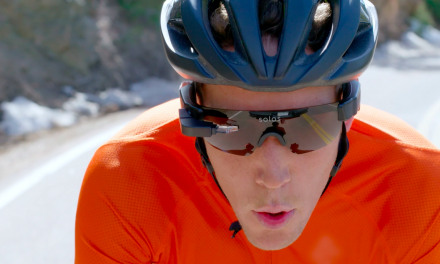