Though college students will wait until later this month to hit the books, theyve been hitting the stores all summer long to prepare for their return to campus. The third annual NRF 2005 Back-to-College Consumer Intentions and Actions Survey, conducted by BIGresearch, found that college students and their parents will spend a whopping $34.4 billion returning to campus this year, up 33.8% from 2004 and more than double what parents of K-12 students will spend on back-to-school.

When combined, the $47.8 billion that will be spent on back-to-school and back-to-college merchandise this year will rank second only to the holiday season in seasonal sales. NRFs Back-to-School survey, which monitored spending for K-12 students, found that back-to-school spending would see sales of $13.4 billion.

“The spending power of college students is something that retailers are just beginning to grasp,” said NRF president and CEO Tracy Mullin. “And there is no sign that this market is slowing down.”

Spending on back-to-college merchandise will rise in all tracked categories. In all, parents and students will spend $11.9 billion on textbooks, $8.2 billion on electronics, $3.6 billion on dorm and apartment furnishings, $3.0 billion on school supplies, $5.7 billion on clothing, and $2.0 billion on shoes. With college students planning to spend $700 million more on electronics than last year, retailers should be able to make up for an expected dip in electronics spending by K-12 students and their parents.

Armed with graduation money and cash from summer jobs, underclassmen will be the most lucrative targets for retailers this year. The average freshman, who will likely be moving away from home for the first time, plans to spend $1151.68, largely on electronics ($540.35). Sophomores will be right behind on spending, planning to drop $1028.57, primarily on textbooks, home furnishings, and clothes. Spending by juniors, seniors, and graduate students will also be substantial.

“Retailers seem to have their finger on the pulse of the college student by offering the merchandise that they want at prices they can afford,” said Phil Rist, vice president of strategy for BIGresearch. “By turning their stores into Back-to-College destinations, a variety of retailers are poised for strong sales this month.”

Understandably, the most sought-after shopping destination for college students and their parents will be very close to campus, with 59.8 percent planning to purchase back-to-college items at a college bookstore. More than half (55.8%) will also shop at discount stores for back-to-college purchases. Additionally, consumers will shop at office supply stores (41.0%), department stores (36.1%), and online (32.0%).

Langlois Promoted to Rossignol Canada VP of Sales and Marketing 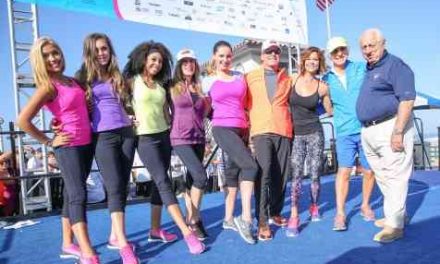