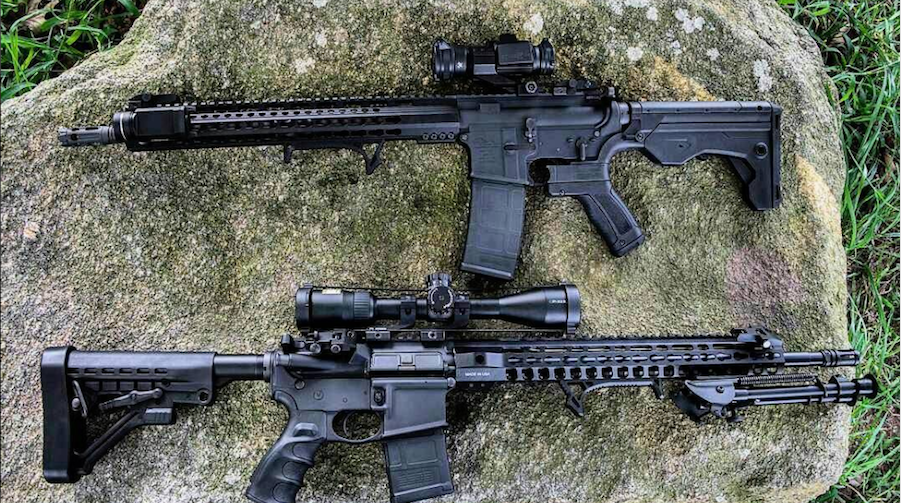 The National Rifle Association on Thursday called for “additional regulations” on bump-stocks, a rapid fire device used by the Las Vegas massacre gunman.

Before the NRA’s statement, several Republicans, including House Speaker Paul Ryan, as well as the White House indicated they would consider banning the tool, despite years of resisting any gun control.

Lawmakers plan to hold hearings and consider a bill to outlaw the device.

In the joint statement from NRA’s Wayne LaPierre and Chris Cox, the organization first criticized politicians who are calling for gun control after the attack and urged Congress to pass their longstanding proposal to expand gun rights nationwide. The gun lobby group also noted that bump-stocks were approved by the Obama administration’s Bureau of Alcohol Tobacco and Firearms before issuing its own call for a review of the devices.

“In the aftermath of the evil and senseless attack in Las Vegas, the American people are looking for answers as to how future tragedies can be prevented.  Unfortunately, the first response from some politicians has been to call for more gun control.  Banning guns from law-abiding Americans based on the criminal act of a madman will do nothing to prevent future attacks.  This is a fact that has been proven time and again in countries across the world.  In Las Vegas, reports indicate that certain devices were used to modify the firearms involved. Despite the fact that the Obama administration approved the sale of bump fire stocks on at least two occasions, the National Rifle Association is calling on the Bureau of Alcohol, Tobacco, Firearms and Explosives (BATFE) to immediately review whether these devices comply with federal law.  The NRA believes that devices designed to allow semi-automatic rifles to function like fully-automatic rifles should be subject to additional regulations.  In an increasingly dangerous world, the NRA remains focused on our mission: strengthening Americans’ Second Amendment freedom to defend themselves, their families and their communities.  To that end, on behalf of our five million members across the country, we urge Congress to pass National Right-to-Carry reciprocity, which will allow law-abiding Americans to defend themselves and their families from acts of violence.”

White House spokeswoman Sarah Huckabee Sanders, who spoke to reporters moments after the NRA statement was issued, said: “We’re certainly open to that moving forward, but we want to be part of that conversation as it takes place in the coming days and weeks.”

A bill to ban bump-stocks was submitted to the U.S. Senate on Wednesday by California Democrat Dianne Feinstein. Florida Republican Carlos Curbelo told reporters a Republican-led version of the bill may be submitted for debate as early as Thursday.

Rep. Adam Kinzinger (R-Ill.) is leading a bipartisan effort to have the Bureau of Alcohol, Tobacco, Firearms and Explosives (ATF) review its 2010 and 2012 decisions that bump stocks were compliant with federal law. The NRA supports the ATF regulatory approach because it could effectively ban the devices without congressional action.

Many Republican lawmakers stated they weren’t familiar with bump stocks until the deadly shooting.

“I didn’t even know what they were until this week, and I’m an avid sportsman,” House Speaker Ryan said in an interview Thursday with Hugh Hewitt. “I think we’re quickly coming up to speed with what this is. Fully automatic weapons have been banned for a long time. Apparently, this allows you to take a semi-automatic, turn it into a fully automatic, so clearly that’s something that we need to look into.”

Police found at least a dozen rifles equipped with bump-fire stocks in the hotel room from which a gunman killed 59 people in Las Vegas on Sunday night. The devices allow semi-automatic guns to mimic fully automatic weapons.

The devices were introduced in the past decade by Bump Fire and Slide Fire, both based on Moran, TX, and can be bought legally for $99 to $299.

The devices can be obtained without the extensive background checks required of automatic weapons because they were deemed to be accessories. They are also not fully automatic and so have not been banned by the ATF.

Wal-Mart and Cabela’s, two of the nation’s largest gun sellers, appear to have halted online sales of the devices early Wednesday. The items were said to be selling out on many Internet sites.

As the country’s largest gun-rights group, the NRA exerts considerable influence on the GOP’s approach to gun policy, and many Republicans fear that opposing it could lead the group to retaliate in primary elections. 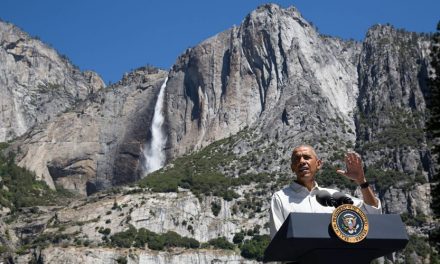 Sheri Poe Out at MBT